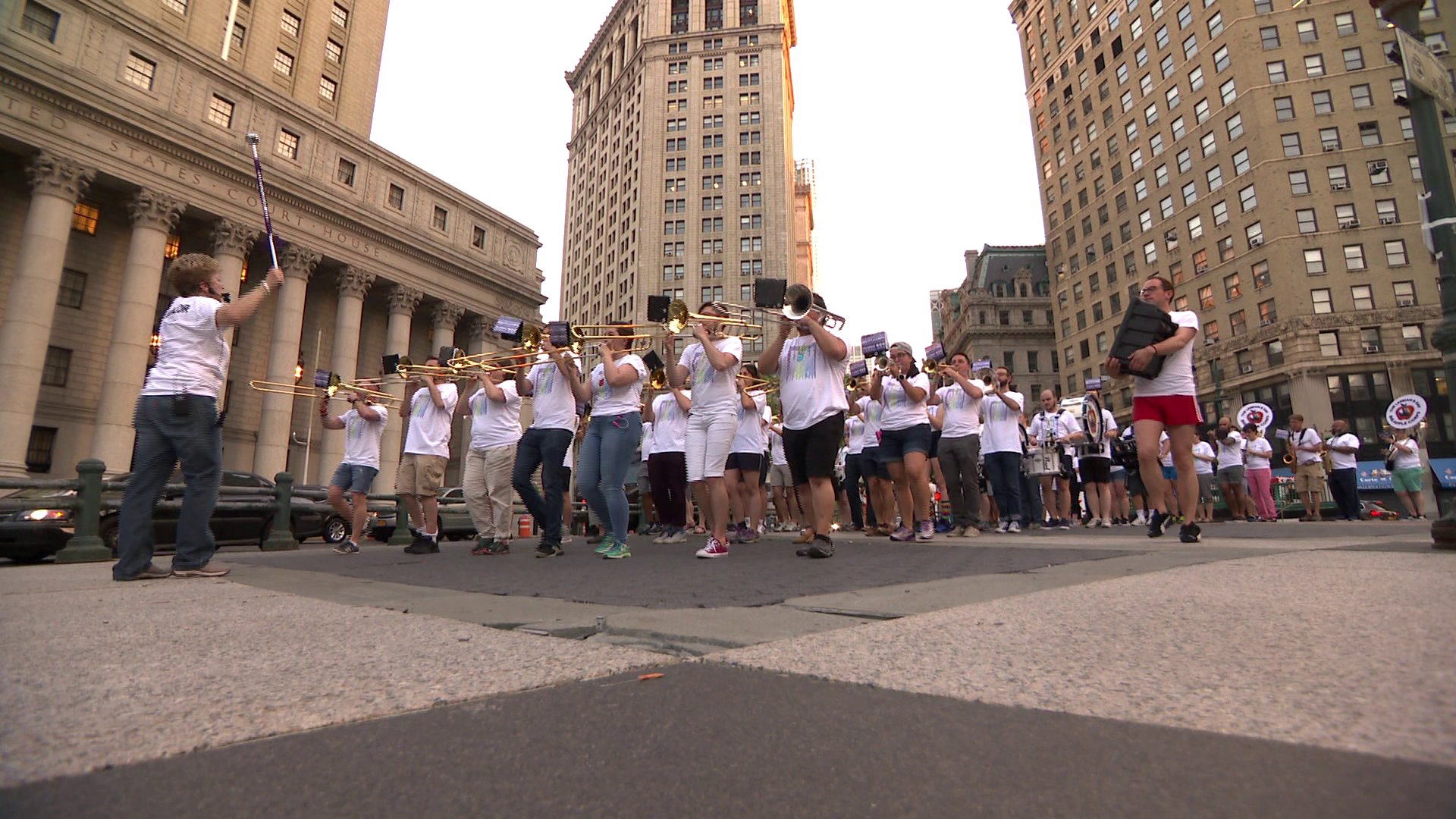 Mr. G meets up with the the long-standing marching band at its practice in Foley Square.

LOWER MANHATTAN, New York- They play they dance, and they march to the beat of their own drum. “We say that we’re the sound of love and joy," Leslie Becker, captain of the drumline, smiled.  The Lesbian and Gay Big Apple Corps Marching Band is gearing up for Pride Month, which means practicing every week in Foley Square. “To be able to celebrate our community, it’s really a month where we can be welcomed and out," Christine Lee, a clarinet player, said.

An energy and openness many of the long-time musicians have watched develop over its 38-year history. “I’ve been in the band since 1988," Becker explained. "I joined at a time when it was a very different world and we were marching sort of in protest back then." “A lot of time we’d be in a parade marching down the street and people would be clapping along and then they’d see the banner and you could see them stop," Marita Begley remembered.

Marita Begley has been the band’s director for 14 years. She’s seen the group grow from 30 people to more than 170. “Everybody in this band, with the exception of a few, have moved here from somewhere else so it’s a great way to get your roots," she explained. "You make friends pretty quickly, everybody is very like minded and welcoming and open," Andrew Berman described.

And of all different ages from the color guard to every instrument! “I’m old and I can barely carry the drum but I’m having more fun now than when joined when I was 30 years old," Becker laughed. "I do this because it’s very important to me especially in today’s political climate," Eli Ramirez, a trombone player, said. "We like to remind people of what we stand for and why we still march."

The Big Apple Corps performs in dozens of events across the tri-state area throughout the year but its impact is felt much further away. “We marched in both Obama inaugural parades and I got to direct the mass LGBA band from all over the country for the second one," Begley said. "That was a great honor." Marita said there were still two big dreams on her marching band bucket list. “We’ve applied several times and we would love to march in the Macy’s Thanksgiving Day Parade," she smiled. As for the other? “I do have this one thing that eluded me all these years," she said. "Marching with Mr. G [and that dream] is coming true right now!"