Fleet Week is a reminder that the world’s most powerful navy belongs to you, says its commander 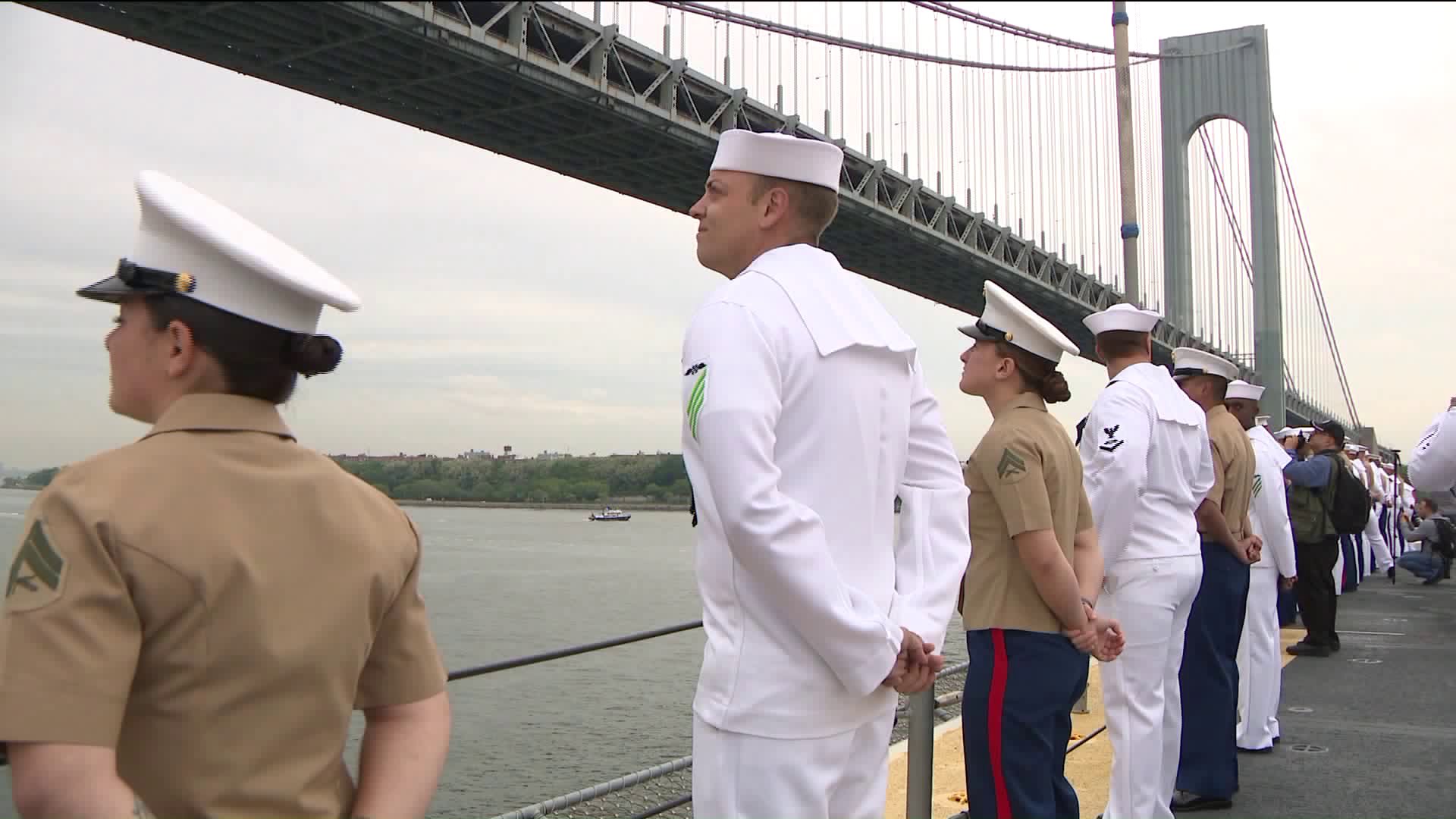 The annual celebration returns to town. Here's what to expect.

ABOARD THE U.S.S. KEARSARGE — Fleet Week began on Wednesday with a parade of ships that featured the second-largest class of ship at its center. It was all a reminder that not only does the United States have a navy that's larger than the next three largest navies of the world combined, but that the U.S. Navy belongs to the people who pay for it — hard-working citizens of our region.

The U.S.S. Kearsarge is the flagship of the nine-ship flotilla that's now in New York Harbor through next Tuesday, and is open to the public, in a big way.

"Absolutely," she said, about the fact that any visitor can get behind the controls of the boat and maneuver it any way they wish, "as long as you don't press the 'on' button," she said.

It's one of dozens of ways that visitors to the ships can explore them and the armored personnel carriers, navigation systems, helicopters and other aircraft onboard the ships.

"Come aboard, see [your] navy," invited the commander of the Fleet Week fleet, Rear Admiral Kent Whalen, in an interview on the Kearsarge's flight deck. "There's so much to take a look at," Whalen said.

He added that the opportunities to see the navy vessels and their armaments, as well as meet some of the 4,500 sailors, marines and coast guardsmen and -women, extend well beyond the west side of Manhattan, where the Kearsarge and the U.S. Coast Guard Cutter Hamilton are berthed.

Two cruisers are open for boarding at the Brooklyn Cruise Ship Terminal, and a destroyer and a cutter are open to the public at the Homepoint Pier in Staten Island.

Fleet Week's tours and displays run from Thursday morning through next Monday evening. The flotilla of eight U.S. ships and one Canadian vessel will depart New York Harbor next Tuesday morning.

Here is a full listing of all Fleet Week activities, ships and their locations.