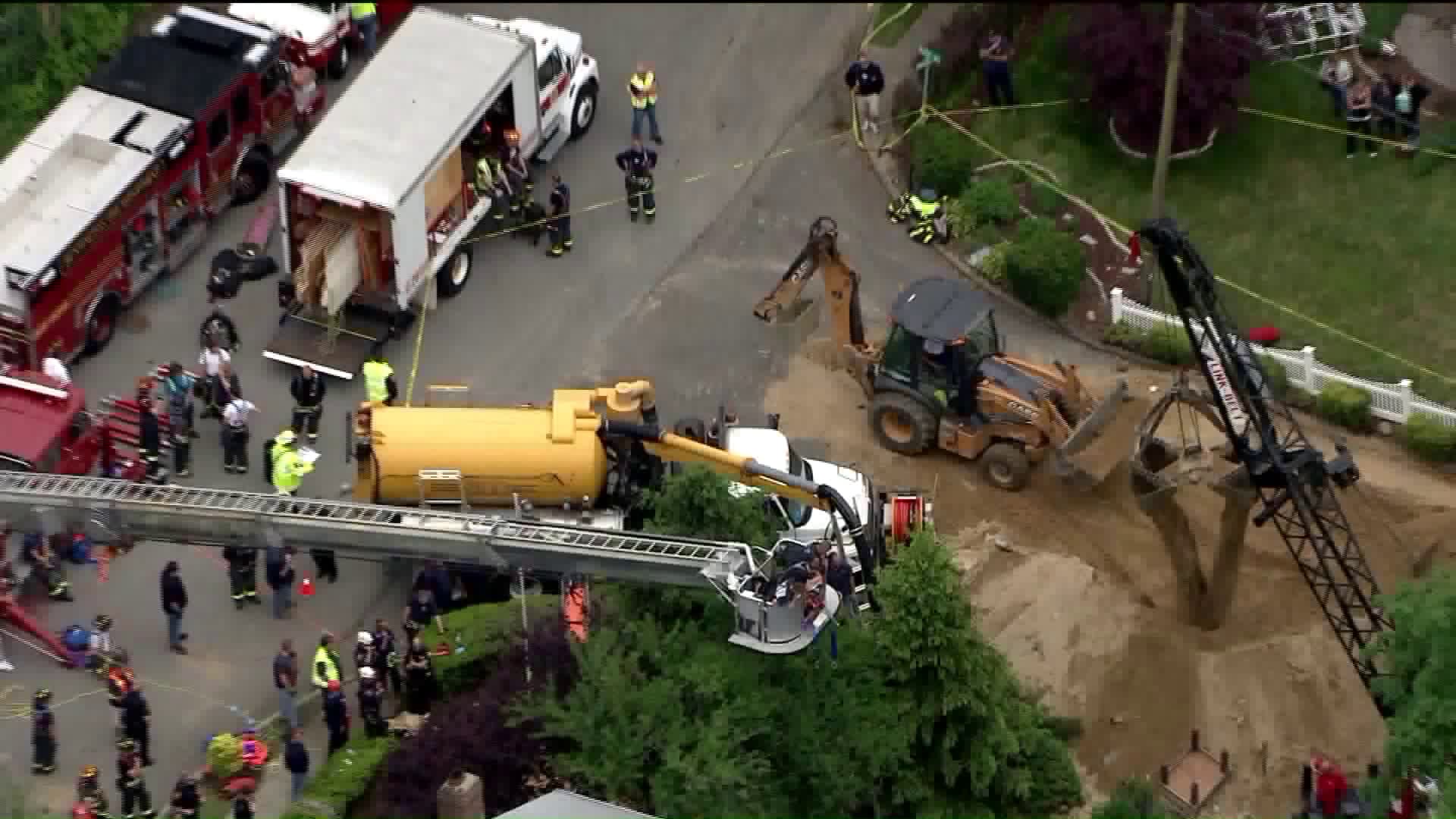 A cesspool collapsed and swallowed a worker on Long Island Wednesday afternoon, trapping two men inside the tank, police said. 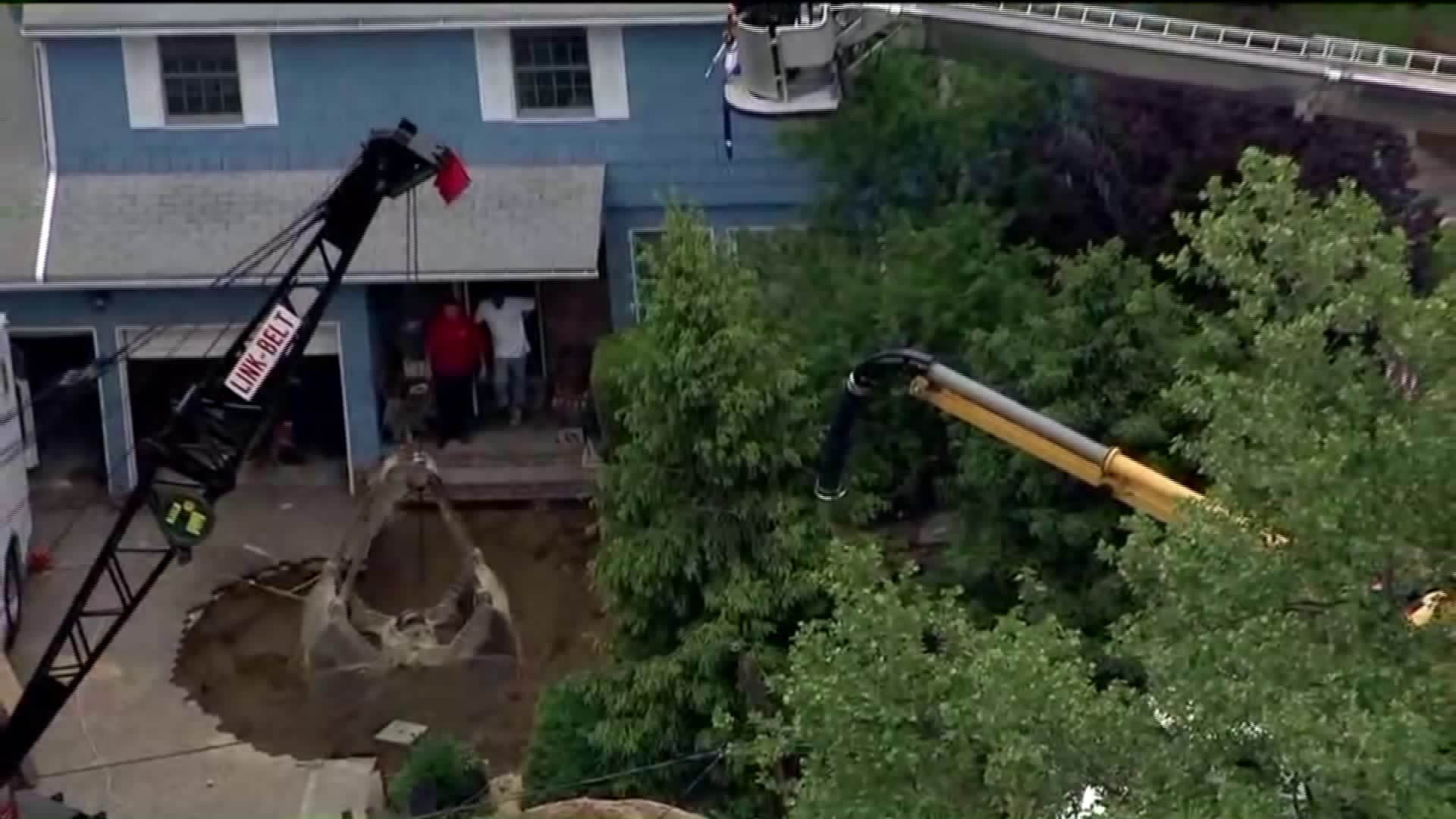 HUNTINGTON, Long Island — A cesspool collapsed and swallowed a worker on Long Island Wednesday afternoon, trapping two men inside the tank, killing one of them, police said.

A crew was installing the cesspool when it collapsed, police said. The incident happened shortly before 1 p.m. at a home on Beech Place near Briarwood Drive in Huntington, police said.

The body of Edward Sinnott, 59, of Huntington, was recovered just before 7 p.m. He was pronounced dead at the scene.

The other man who fell in escaped by grabbing the bucket used to scoop and dig in the area.

Emergency workers from multiple agencies responded and worked for several hours to recover the second worker.

The area remained unsafe for hours after the collapse, authorities said. A portion of the home's front yard collapsed and the street in front of the house was collapsing and its stability was compromised.

A YouCaring page has been set up for Sinnott to help pay for funeral costs. Click here to help.