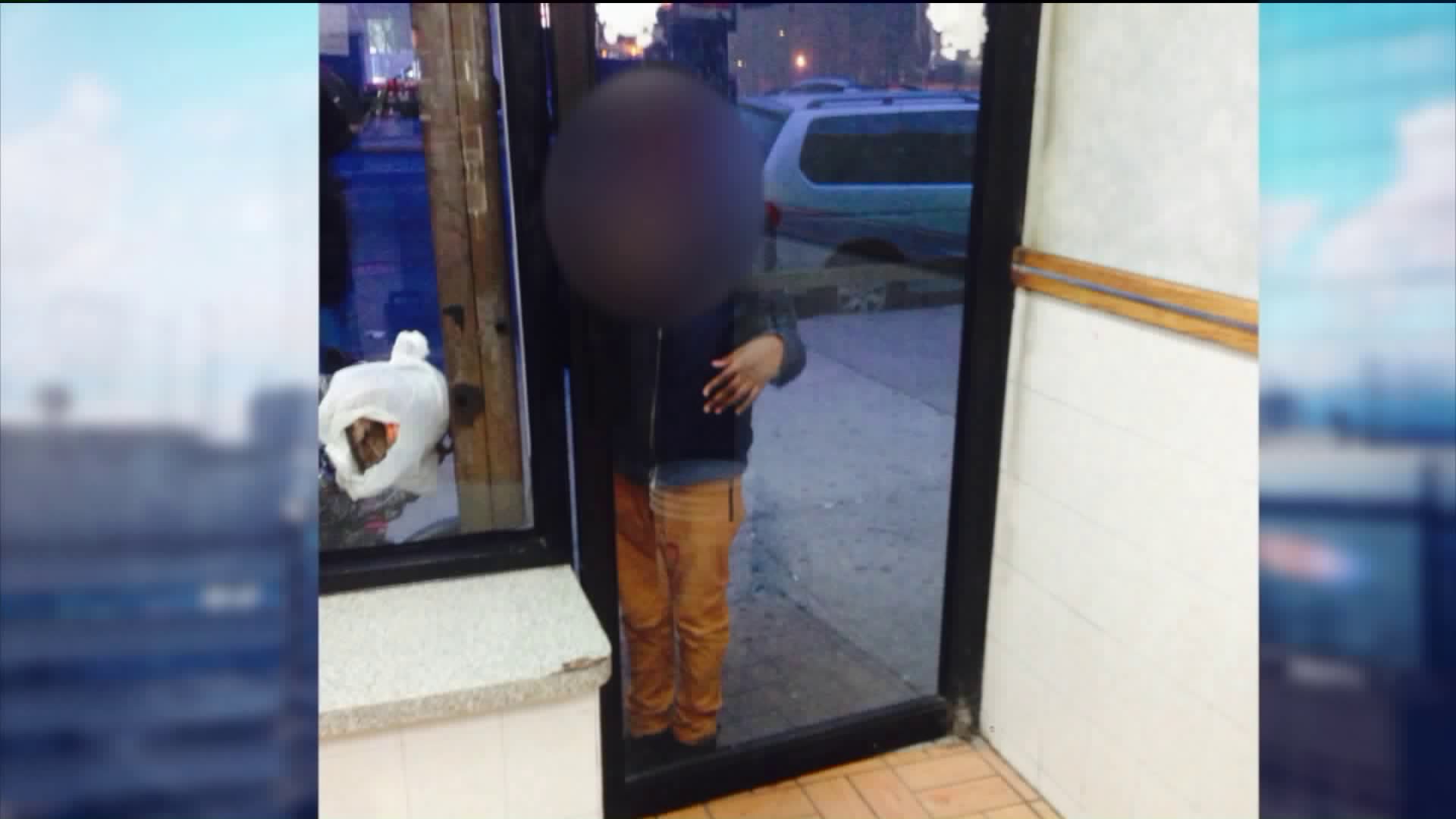 A 12-year-old boy is in custody for allegedly punching an 80-year-old woman in the face during an unprovoked attack outside her Brooklyn home, police said Wednesday.

GRAVESEND, Brooklyn — A 12-year-old boy is in custody for allegedly punching an 80-year-old woman in the face and trying to set her on fire during an unprovoked attack outside her Brooklyn home, police said Wednesday.

The child approached the woman as she sat in front of her West Seventh Street home in Gravesend on Saturday, according to police.

He then allegedly punched her in the face with a closed fist, used a metal rod on her, and tried to light her coat on fire as she sat outside her house.

The boy has since been taken into custody, and faces charges of assault and menacing, police said.

PIX11 obtained surveillance video of the boy taken inside a nearby Chinese-food restaurant. PIX11 has blurred his face because he is a minor.

The owner of China Restaurant Inc. on 86th Street described the child as a menace.

"He asked the customers for their money," said the owner. The boy on Saturday went on a spitting rampage before he stole $15 from the tip jar, he said.