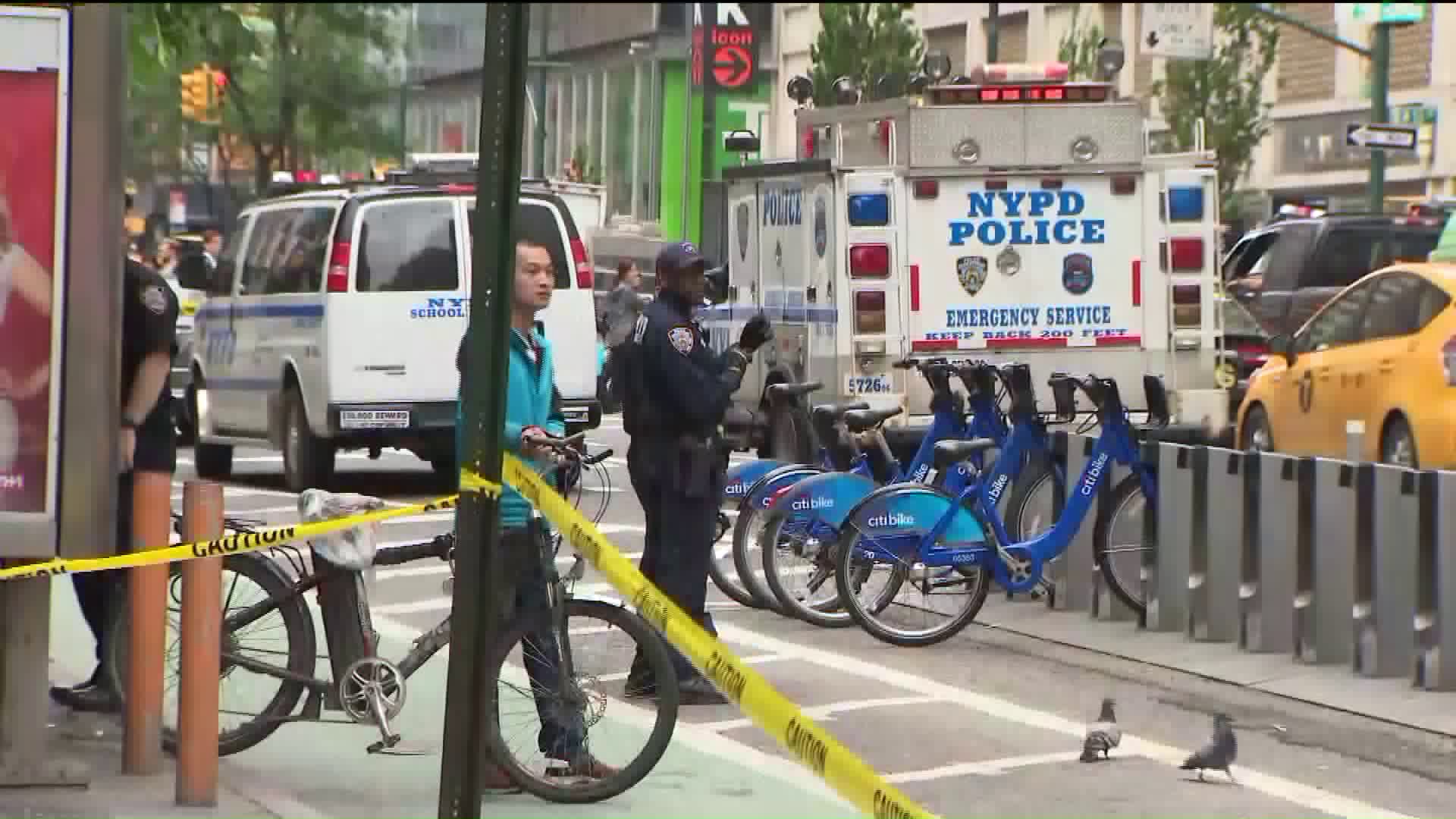 The incident happened about 1:20 p.m. outside P.S. 35, near West 52nd Street and Eighth Avenue in Hell's Kitchen, police said.

A 15-year-old stabbed in the stomach and back was undergoing surgery Wednesday afternoon, NYPD Chief of Detectives Robert Boyce said. Three others were hurt, though not seriously.

The violence is allegedly connecting to an ongoing argument between two students who were suspended last week for fighting inside the high school, Boyce said.

After that three-day suspension, the pair returned to school, saw each other and began to fight, he said. That's when a 16-year-old allegedly pulled out a knife and stabbed a 15-year-old and three others.

The older teen was last seen wearing a grey sweatshirt and red baseball cap, police said. He fled the scene and no arrests have been made.

A knife has been recovered, Boyce said.

"The safety of students and staff is our top priority, and individuals involved were transported to the hospital and are being treated," a spokeswoman for the city's Department of Education said.

"We are working closely with the NYPD to investigate this serious incident."