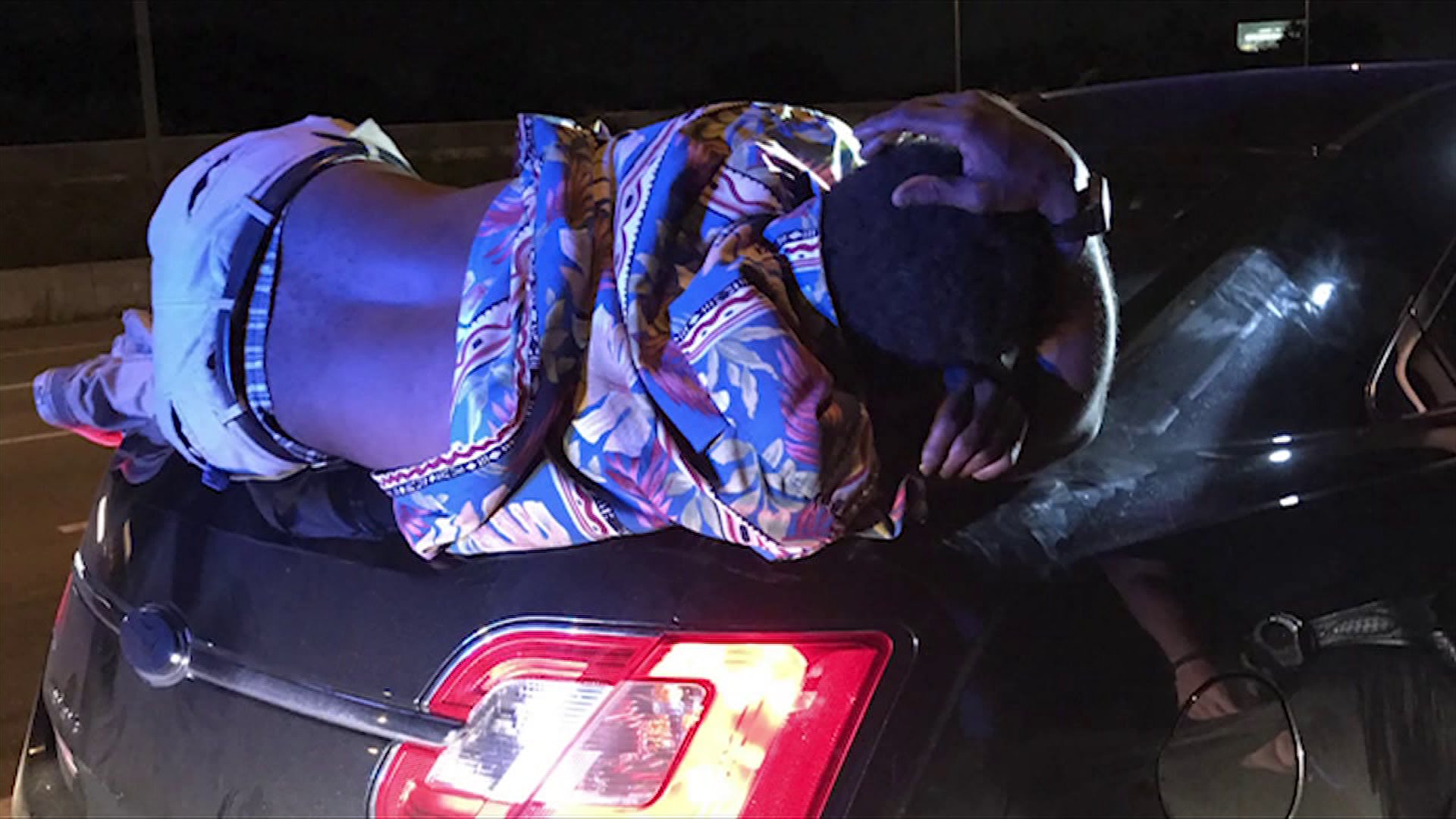 MEMPHIS, Tenn. – A Tennessee driver had no idea there was a man on the trunk of his car when he merged onto a Memphis-area interstate Thursday night, according to WMC-TV.

The bizarre traffic stop happened after Carl Webb and his wife left a barbecue festival in downtown Memphis. They had backed their car into the parking space, and it was dark outside when they returned to the car. The sunshade was stuck up, so they couldn't see if anything - or anybody - was on the trunk of their Taurus.

The couple headed onto I-55 and didn't realize anything was wrong until the police stopped them about 10 miles later, according to WMC.  The officer then asked Webb if he realized there was a "body on your trunk?"

Sure enough, there was an unconscious man passed out on the trunk area. The officer tried to wake him up, and he started to stumble into traffic, prompting the officer to grab him, Webb said.

The police put the man in their cruiser – no word on if he has been charged with anything.

As for Carl Webb, he has a message for his "passenger":

"I hope he takes a good look at where he put himself and the hazard that he had open up to himself. It would've been death."