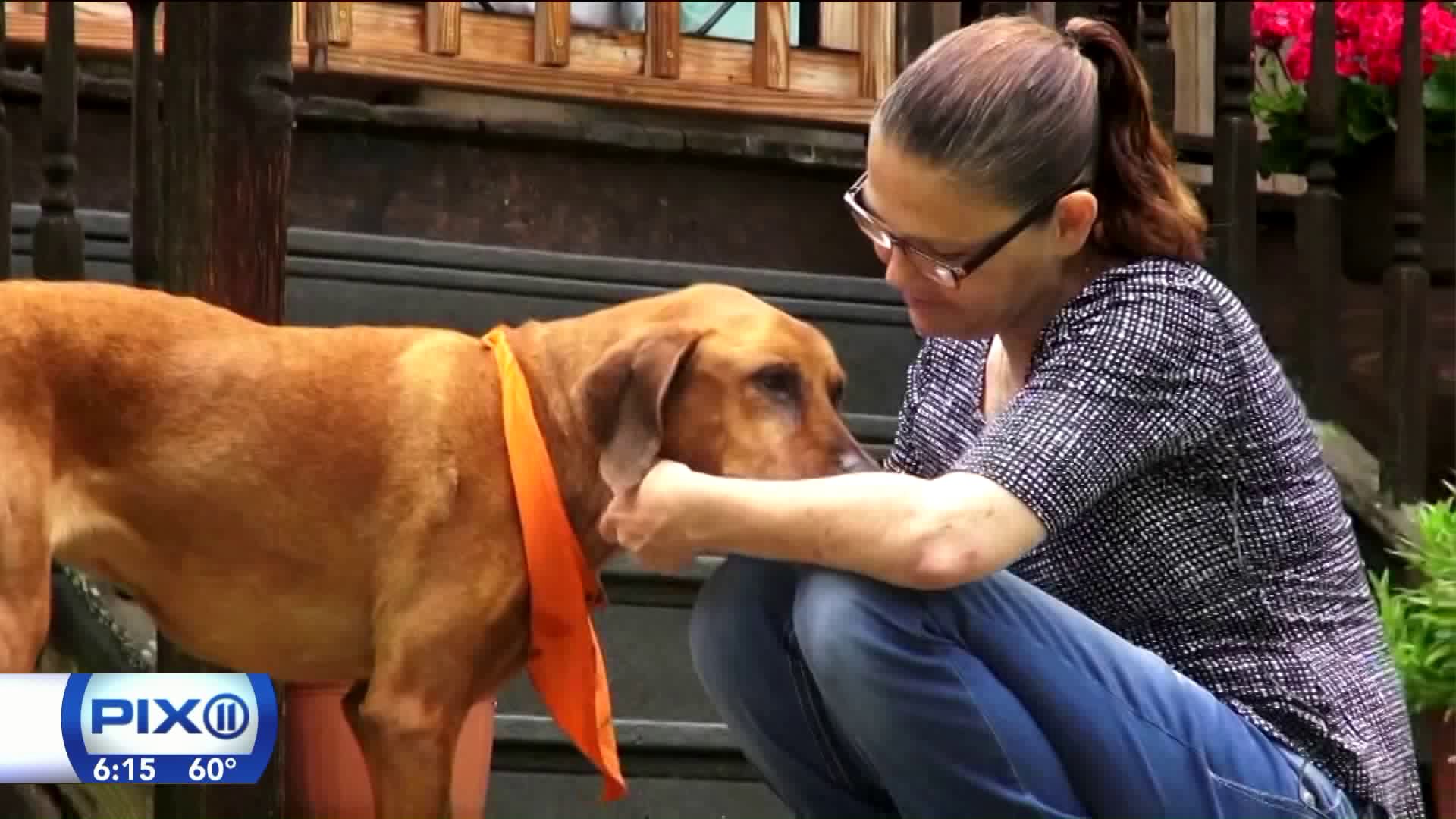 Cali is fighting for her life as her family prepares to bring her home.

HOWELL, N.J. — A 5-year-old Rhodesian Ridgeback named Cali is to be reunited with her family after she disappeared from her own backyard on Long Island over two years ago, but she may only have so much time left.

“I whispered in her ear, please fight and I’ll get you home to your family," said Anita Innamorata-Stout​, vice president of Broken Promises Animal Sanctuary.

Cali was found bleeding and emaciated at a rest stop on the New Jersey Turnpike. Someone called the sanctuary, which took her to the vet for testing. Unfortunately, they uncovered a large tumor in her head that was putting pressure on her eyes and nose.

“We went into this not knowing whether she was going to live or die," said Innamorata-Stout.

They rushed her in for three days of emergency radiation.

“They originally gave her days. If she would make it through the treatment, we weren’t sure. And now they’re giving her somewhere between 10 months and 18 months. And it could be more or it could be less, it depends on how she responds.”

With the help of a microchip implanted in her back, Cali's family has been located. The DiBartolo family has since relocated to North Carolina, but they are planning to make the drive up on June 4 to bring Cali home.

“They were sobbing that they lost her 2 years prior," said Innamorata-Stout.

Cali still gets nose-bleeds and her mood can waver from upbeat to drowsy, but both her family and Broken Promises Sanctuary are praying for a full recovery.

“Anything is possible at all. Where there is life there is hope."