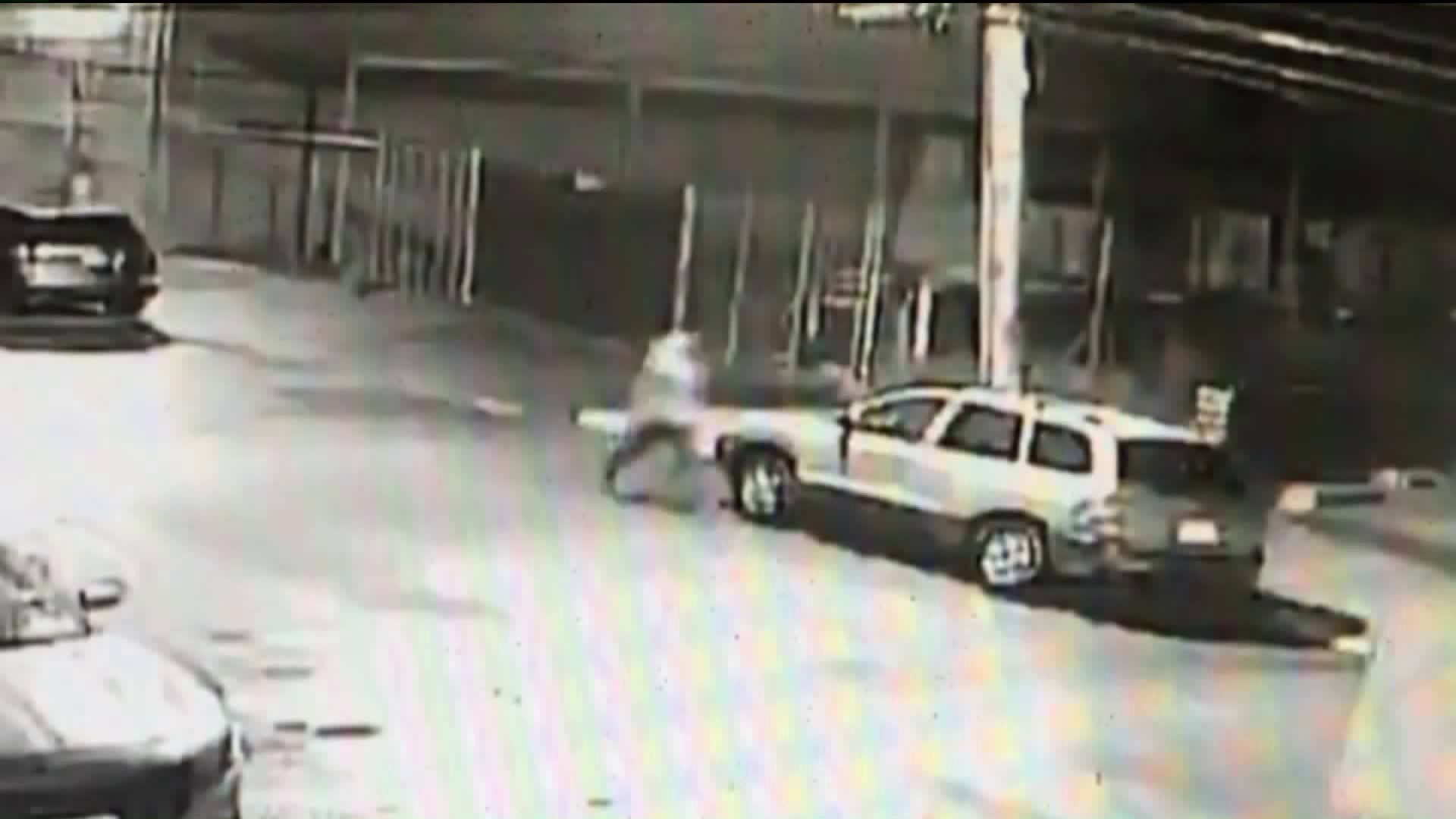 A driver managed to drive himself to the hospital after being shot following a robbery in the Bronx early Monday, according to police.

EASTCHESTER, The Bronx — A driver picking up a hale in the Bronx was shot after his customer was robbed, then managed to drive himself to the hospital, officials said Monday.

The victim was picking up a man on Tillotson Avenue when the passenger was robbed of his gold chain, police said. It was about 4 a.m. outside The Garage nightclub.

The driver, identified as Michael Philabert, then followed the robber, who met up with a second man near De Lavall Avenue. That man was allegedly armed, and shot the livery driver in the abdomen and buttocks.

The attackers jumped into a cab and drove off, surveillance video shows.

The victim drove himself to a hospital, police said. His condition is not known.

Fernando Mateo, head of the taxi union, said the victim is not a licensed livery cab driver and has prior arrests for driving without a livery license.

No arrests have been made in the robbery or shooting.

Resident Rozele Wade-Totons was inside her home nearby with her 14-month-old grandson. She called police during the chaos, which she said is a weekly occurrence because of fights outside the club.

"We call the precinct so often, we have the telephone number programmed in the phone," she told PIX11 News.

Surveillance video shows the police arriving, but by that time, the robbers were long gone.

Wade-Totons said she sees the club's bouncers wearing bulletproof vests. In 2014 and 2015, there were shootings outside the club, she said.