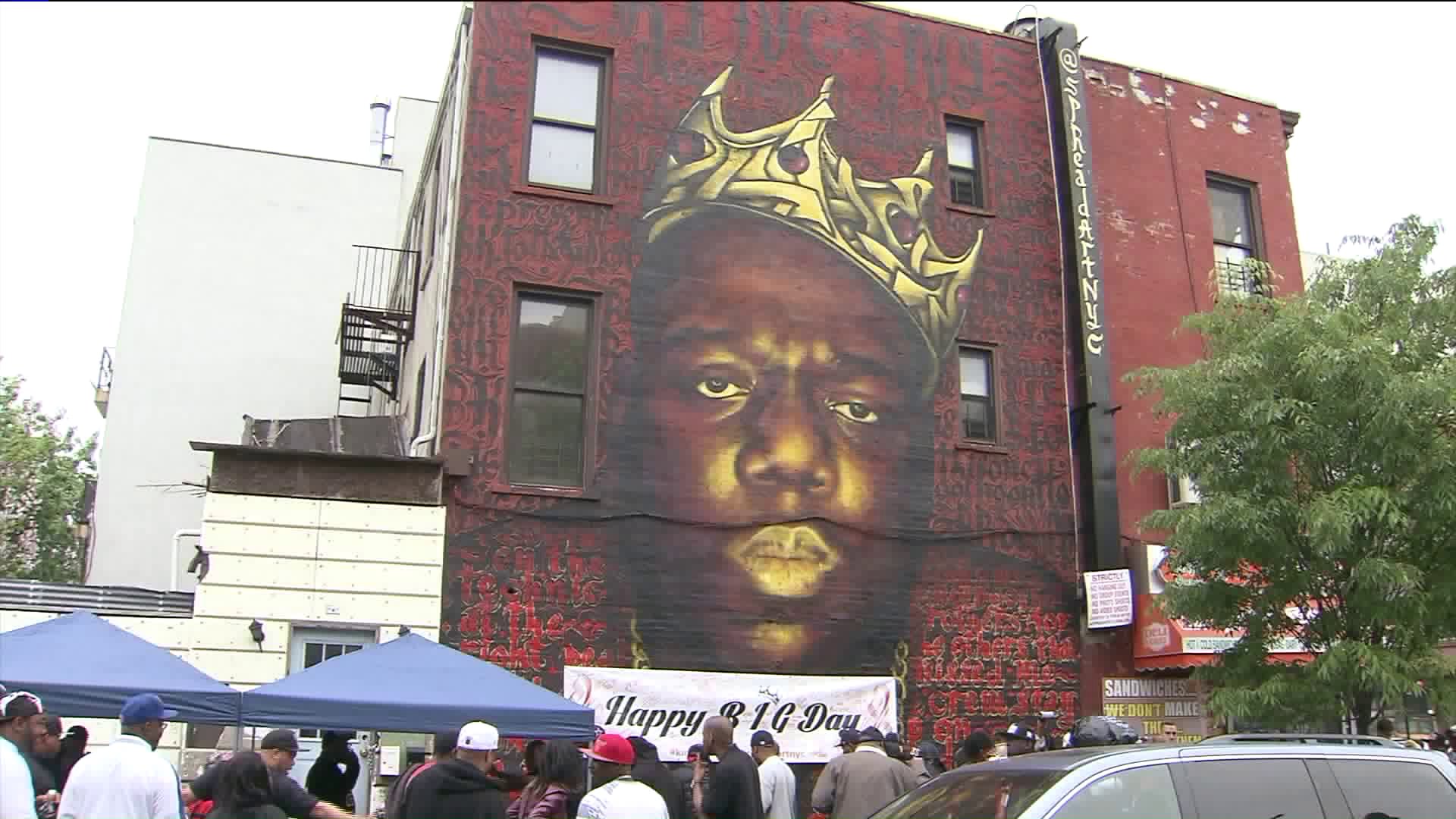 A mural commemorating Brooklyn rapper Biggie Smalls will stay in his old neighborhood after a local artists organization reached an agreement with the building`s landlord Monday afternoon, a spokesperson with Spread Art NYC said.

BEDFORD-STUYVESANT, Brooklyn –– A mural commemorating Brooklyn rapper Biggie Smalls will stay in his old neighborhood after a local artists organization reached an agreement with the building's landlord Monday afternoon, a spokesperson with Spread Art NYC said.

The colorful wall honoring the legendary hometown emcee since 2015 was recently in jeopardy of being painted over until community art group Spread Art NYC and Samuel Berkowitz, the owner of the building, agreed to keep it on its current location on Quincy Street and Bedford Avenue.

The details of the agreement were not disclosed but Naoufal "Rocko" Alaoui of Spread Art NYC praised Berowitz following the talks.

“He is such a nice and giving person. We want everyone to thank him for keeping the Biggie mural,” Alaoui said. “He didn’t realize who Biggie was and how important Biggie is to Brooklyn.”

Berowitz did not immediately return PIX11's request for comment.

The Brooklyn Nets also tweeted in support and vowed to help it remain where it is.

We are stepping in and working with @spreadartnyc and other NYC leaders to help see that it stays.