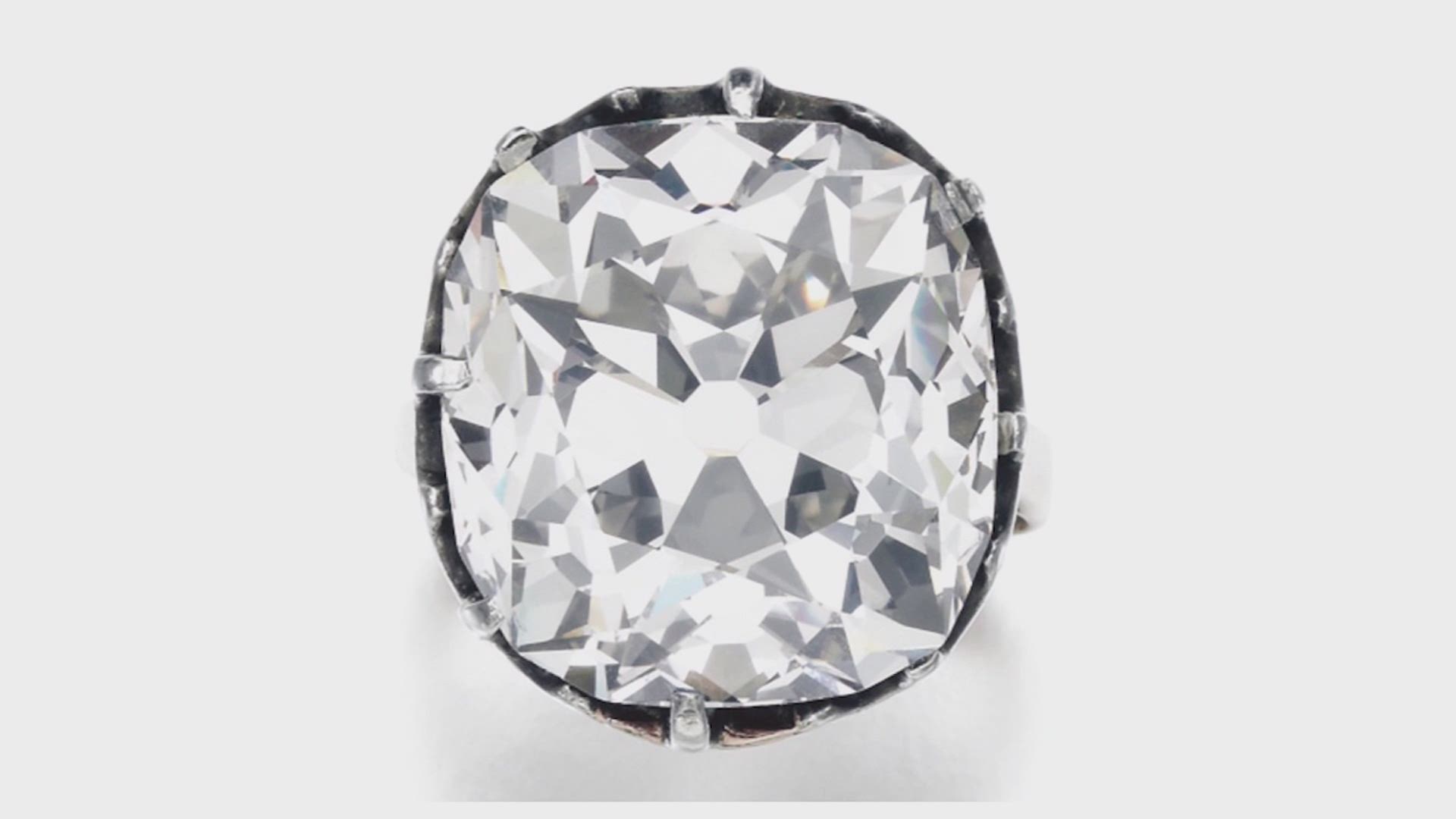 This 26-carat diamond ring is expected to sell for over 400-thousand dollars at an upcoming Sotheby’s auction. But the owner only paid about 10 British pounds for it at a garage sale in England in the 1980’s.

LONDON — Diamonds are a girl's best friend, especially when you pick up a sparkler for a stunningly good deal.

A 26-carat diamond ring is expected to sell for more than $400,000 at an upcoming Sotheby’s auction. But the owner only paid about 10 British pounds for it at a garage sale in England in the 1980’s, according to the listing on Sotheby's website .

The mystery owner had no idea how much it was worth, reportedly wearing it just for fun, while doing chores or going shopping. It wasn’t until a jeweler pointed out that the ring had substantial value that the owner brought it into Sotheby’s.

The diamond is believed to date back to the 19th century. At that time, diamond cutters were more concerned with the weight of the crystal, than how it would sparkle. The older diamonds on this ring appear duller and deceive people into thinking they are not genuine stones, according to the head of London’s jewelry department.

Today, diamonds are cut to maximize their brilliance. It’s all about the bling.

This diamond is a once in a lifetime find, Sotheby’s said. It will go up for auction at Sotheby London's Fine Jewels sale on July 7.