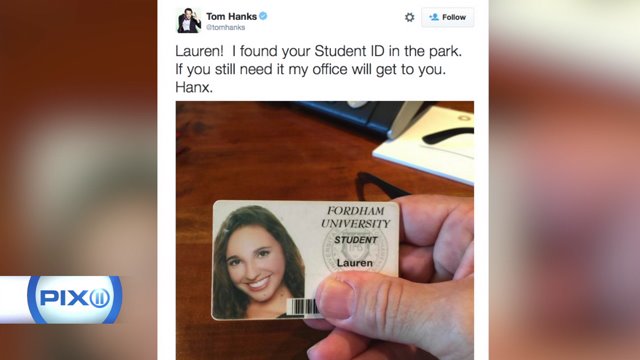 UPPER EAST SIDE, Manhattan — Oscar-award winning actor Tom Hanks took a minute over the weekend to call out a car owner with a handful of parking tickets stuffed under the windshield wiper.

“Can you tell us where the car is parked? Thanks for the flag,” Donald Tweeted.

Officers with the 19th Precinct went to check out the car. They found all the tickets had been paid and the car had been moved.

Detective Turner & K9 Hooch investigated the vehicle, found all tickets were paid, & car has been moved. 👍🏻👮🏽🐶 Thanks Mr. @tomhanks https://t.co/Rj5kGpQoat

This isn’t the first time Hanks has gotten involved locally. In 2015, he found a Fordham University student’s ID card and posted a photo of it on Twitter, hoping to reunite the card with its owner.

“Lauren! I found your Student ID in the park. If you still need it my office will get you. Hanx,” he tweeted.