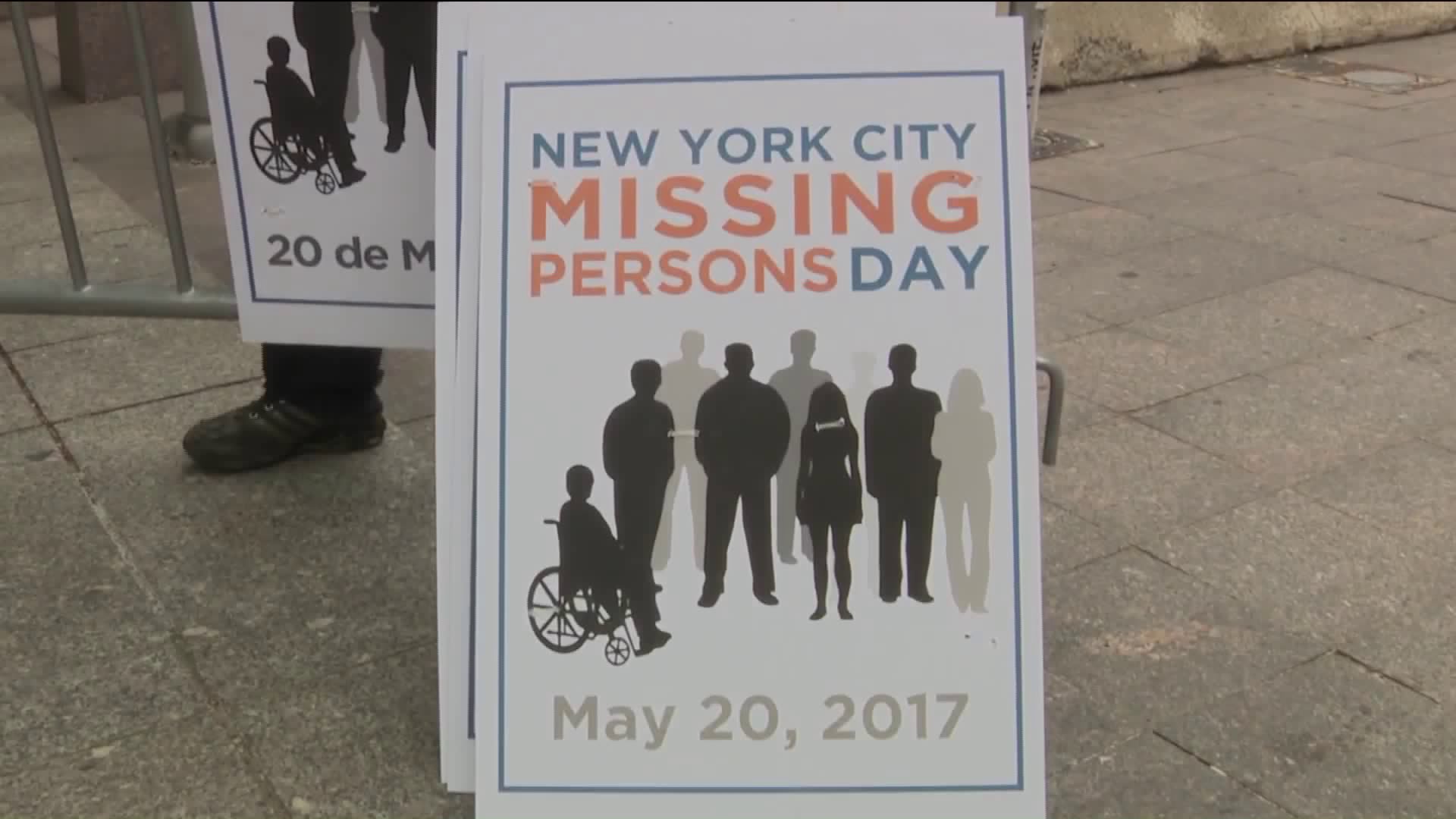 Rose came to the New York City Missing Persons Day at the Chief Medical Examiner's Office to give a DNA swab and talk to other people who have missing loved ones.

"People love their children to the moon and back," Rose Cobo, fighting back tears, told PIX11. "I love mine to the most n and back and now she is missing."

13,000 people disappeared in New York City in 2016 and they are new cases every day like this city college student jaime

Gregory Morban of Inwood who disappeared From campus last Monday.

"New York City has generated hundreds of DNA profiles," Mark Desire, assistant Director of OCME's Dept of Forensic Biology, told PIX11. "We're not going through identify any of the individuals without the families coming Ng forward."

In one room in the chief medical examiners office are the facial reconstructions of the coldest cases including this Caucasian or Hispanic man found in Manhattan in 1985. He is 18 to 25 years old and still unidentified.

Or this unsolved mystery, a young girl found buried in concrete in Manhattan in 2003 but could've died in the 1970s.

"Her personal effects are very interesting," Angela Solar, a forensic anthropologist told PIX11. "She had a Bulova watch from 1966 and a ring with the initials of P Mc G."