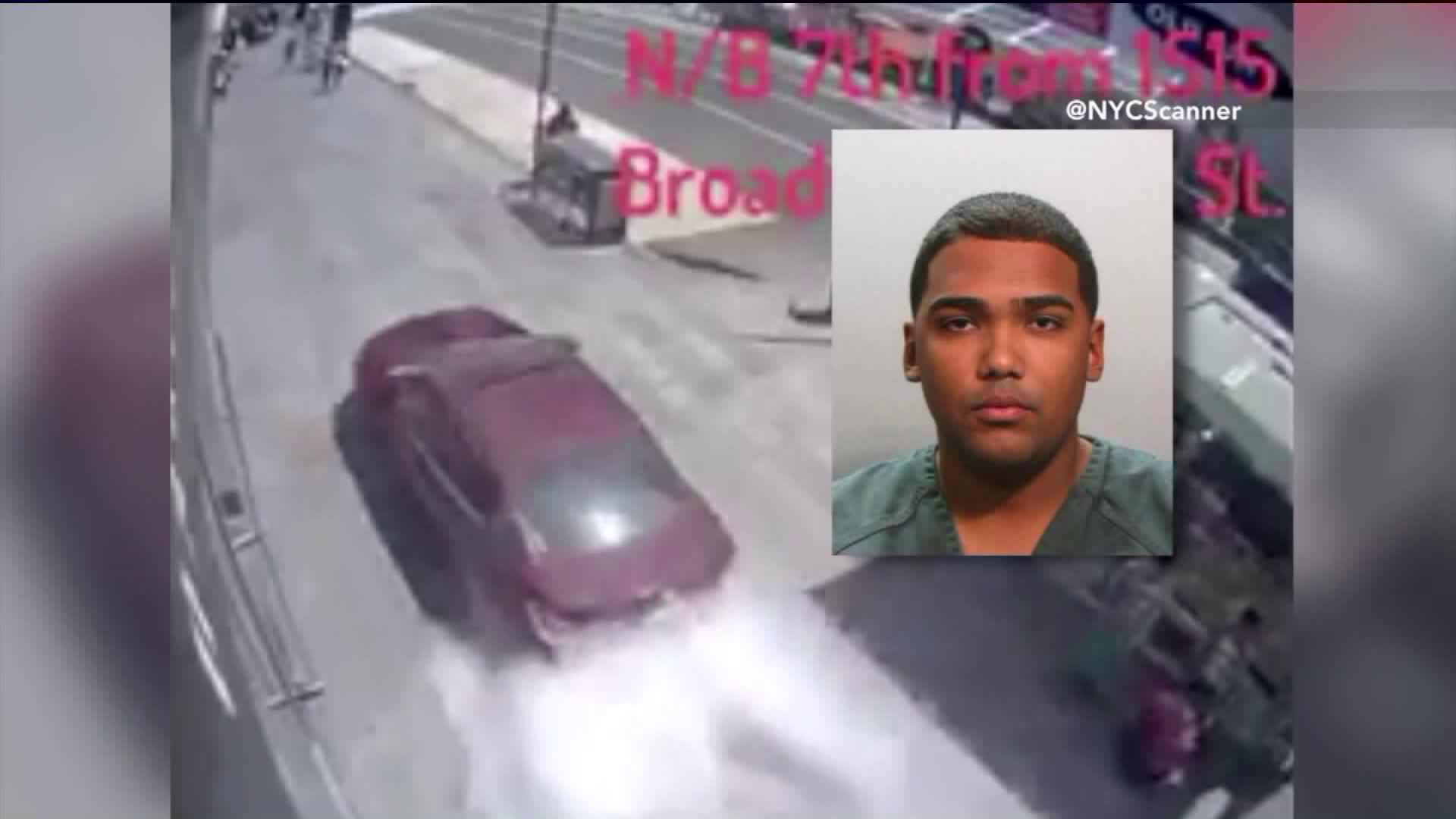 After mowing down dozens of pedestrians in Times Square, killing a teenage tourist and sending nearly two dozen others to the hospital, a driver allegedly told a traffic agent that he "wanted to kill them all," according to a complaint.

NEW YORK — After mowing down dozens of pedestrians in Times Square, killing a teenage tourist and sending nearly two dozen others to the hospital, a driver allegedly told a traffic agent that he "wanted to kill them all," according to a complaint.

Richard Rojas, pictured above in a 2012 mugshot, was taken into custody after he allegedly plowed through a crowd in Times Square. (Florida Police)

Richard Rojas made his first court appearance Friday. His lawyer and weeping supporters had no comment, but new details about Rojas' encounters with law enforcement after his deadly lunchtime rampage Thursday.

"I smoked marijuana," he allegedly told a police officer, according to the complaint. "I laced the marijuana with PCP."

Police said he also told them that officers should have shot him after he ran from his car, running, yelling and jumping before being subdued by police and bystanders. Rojas' eyes were glassy and he slurred his speech at the time, according to a complaint.

"I wanted to kill them all," Rojas said as he was being detained, a traffic enforcement agent is quoted as saying in a compliant.

Investigators are awaiting toxicology results, which could take a "few" days, Chief of Manhattan detectives William Aubry said. So far, nothing out of the ordinary was found in Rojas' vehicle, and investigators plan to search his home Friday.

Rojas allegedly left his Bronx home Thursday at 10:30 a.m., and drove straight to Times Square, where police say he approached Seventh Avenue at 42nd Street, and waited for vehicles to pass before speeding down the avenue.

“There was no incidents in between. That goes to his state of mind. He waited for those cars to pass and he accelerated, striking down these pedestrians,” Aubry said at an afternoon news conference Friday, adding that the timetable speaks to Rojas' motivation.

Rojas sped for some three blocks, plowing into pedestrians, before crashing near 45 Street.

“He actually goes underneath the scaffold. Parts of his car, the side-view mirror, license plates, are falling off as he’s striking these pedestrians. People are being dragged. They’re on top of the car,” Aubry said.

Alyssa Elsman, an 18-year-old tourist from Michigan, was killed. Nineteen others were hospitalized.

Three of the injured victims remain in critical condition, with a 38-year-old woman from Canada in "very critical" condition, Aubry said.