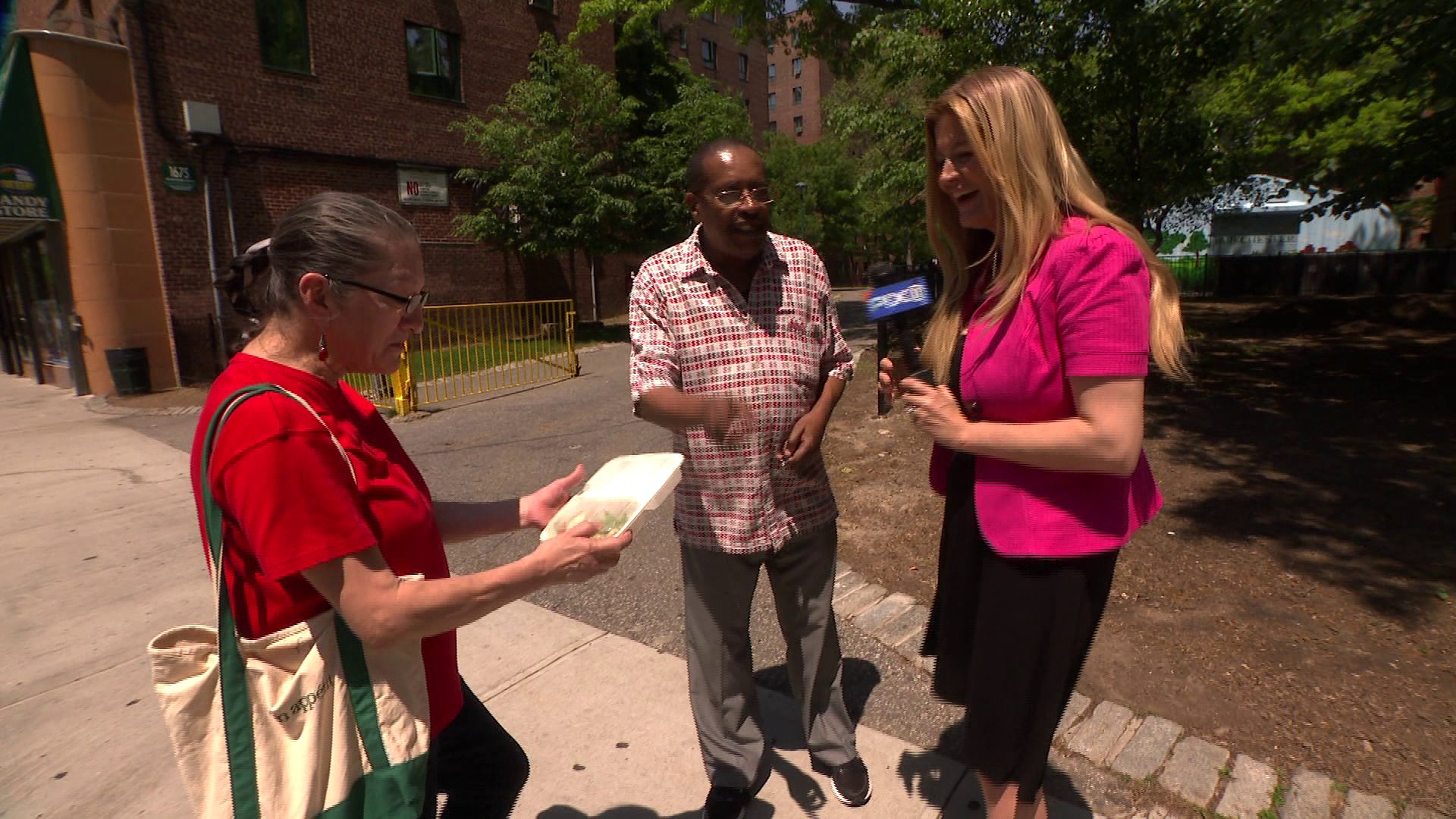 NEW YORK — Francisco Echevarria and Deyanira Erazo were days away from eviction. Their lease was up in their Parkchester apartment and their landlord wants to sell.

"I can't take it anymore I have chest pains. Everyday I don't want to see that eviction paper on my door," says Erazo wiping away tears.

Like so many in our city, they have Section 8 vouchers to help pay the rent from the New York City Housing Authority.

They say they cant find a one bedroom even a studio for that price.

"Section 8 vouchers are like using Monopoly money. No one wants to take them, or they want more money," said Echevarria.

PIX11 reached out to the New York City Housing Authority, and they are now moving into a new apartment June 1.

Cynthia Tibbs says she is the resident leader of a group of families, who live in brownstones on the Upper West Side, run by the New York Housing Authority. Tibbs says many families there have problems with repairs.

"We are the forgotten brownstones of NYCHA. We are 36 buildings between 89th and 93rd streets. We are the last to receive services," said Tibbs. Robert Malone has lived at 40 West 91st Street since 2010.

"They keep telling me repairs are going to be done and nothing is done," said Malone.

Windows in his bedroom are kept together by duct tape, and in his kitchen, there is a gapping hole exposing gas pipes.

A NYCHA spokesperson says, "Our NextGeneration NYCHA mission is for families to live in safe, clean and connected communities. We’re thrilled the resident is happy with the repair work so far, our staff will continue to work with him until all repairs are complete.”
Repairs have started in his kitchen. PIX11 News will stay on this story until all repairs are done.

Lyndon Hernandez and Malik Evans are two fathers on a mission. They want to clean up their neighbor's back yard, they say has become a dumping ground for trash.

Hernandez and Evans live on 184th and Jamaica Avenue.

"It's been here for over a year. I can't take the rats, the smell, and the trash anymore," says Hernandez. "The rats come out at night," says Evans.

PIX11 news tried reaching out to the homeowner, and is still waiting for comment.

Councilmember Daneek Miller says, "While this is a private property we have been working with the Department of Sanitation and asked a local non-profit to support the cleanup efforts."

And a Department if Sanitation spokesperson says, "DSNY sent an officer to the location who was granted access to the neighbor’s property at 184-07 to take additional photos. It appears 184-09 is under the jurisdiction of the Department of Health for the following reasons: it could be rodent infestation, it is private property which DSNY cannot enter, there is a structure on the property, and the trash and debris is not visible from the street. A DSNY inspector will return tomorrow to assess if any Sanitation action can be taken."

A Health Department spokesperson, "We take rodent complaints seriously. We are sending an inspector to the site and we will coordinate with the Department of Sanitation on next steps.”

Kameka Marsh, a Brooklyn mom with three children, was fighting to finish college.

PIX11 News reached out to Laguardia community college, they stepped in and gave her a scholarship.

Marsh is now graduating in June. Marsh will be the first in her family to graduate college. Marsh plans on going to law school next.