Flames rip through building in Yonkers; smoke can be seen from Manhattan 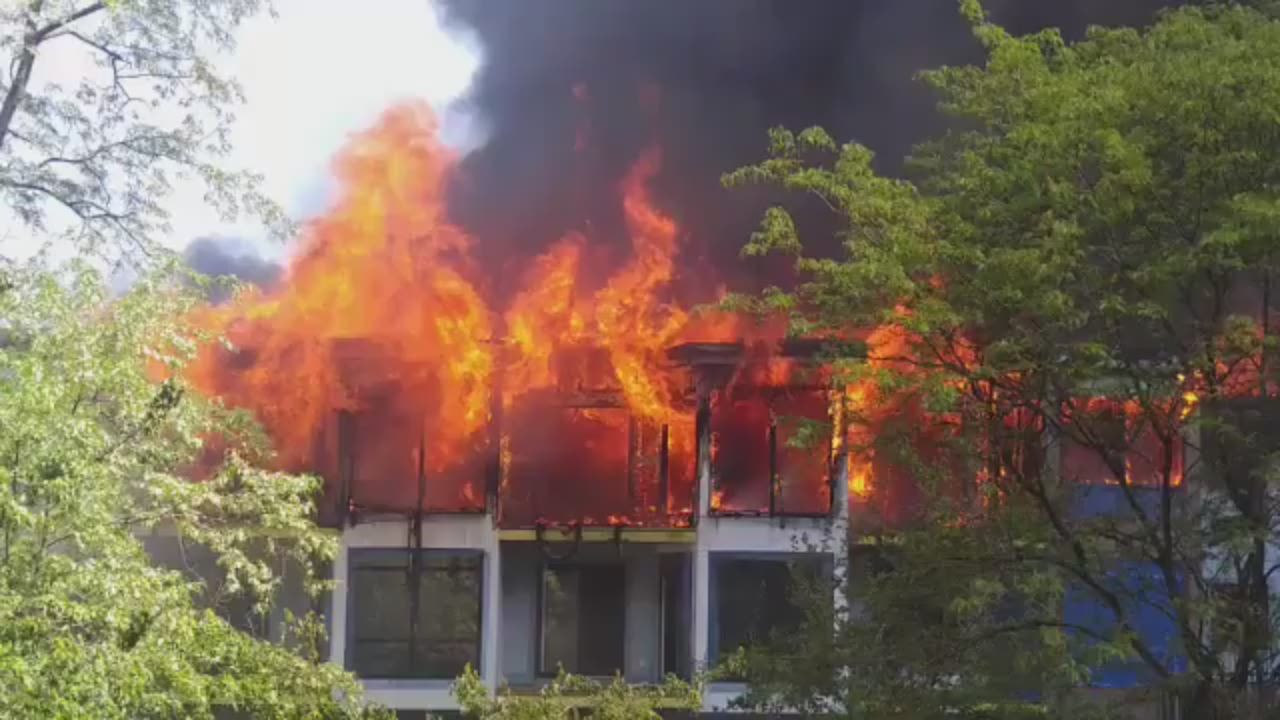 A large fire erupted inside a building in Yonkers on May 18, 2017, with smoke visible as far away as upper Manhattan. (Video courtesy of @hemijohnNY via Twitter) 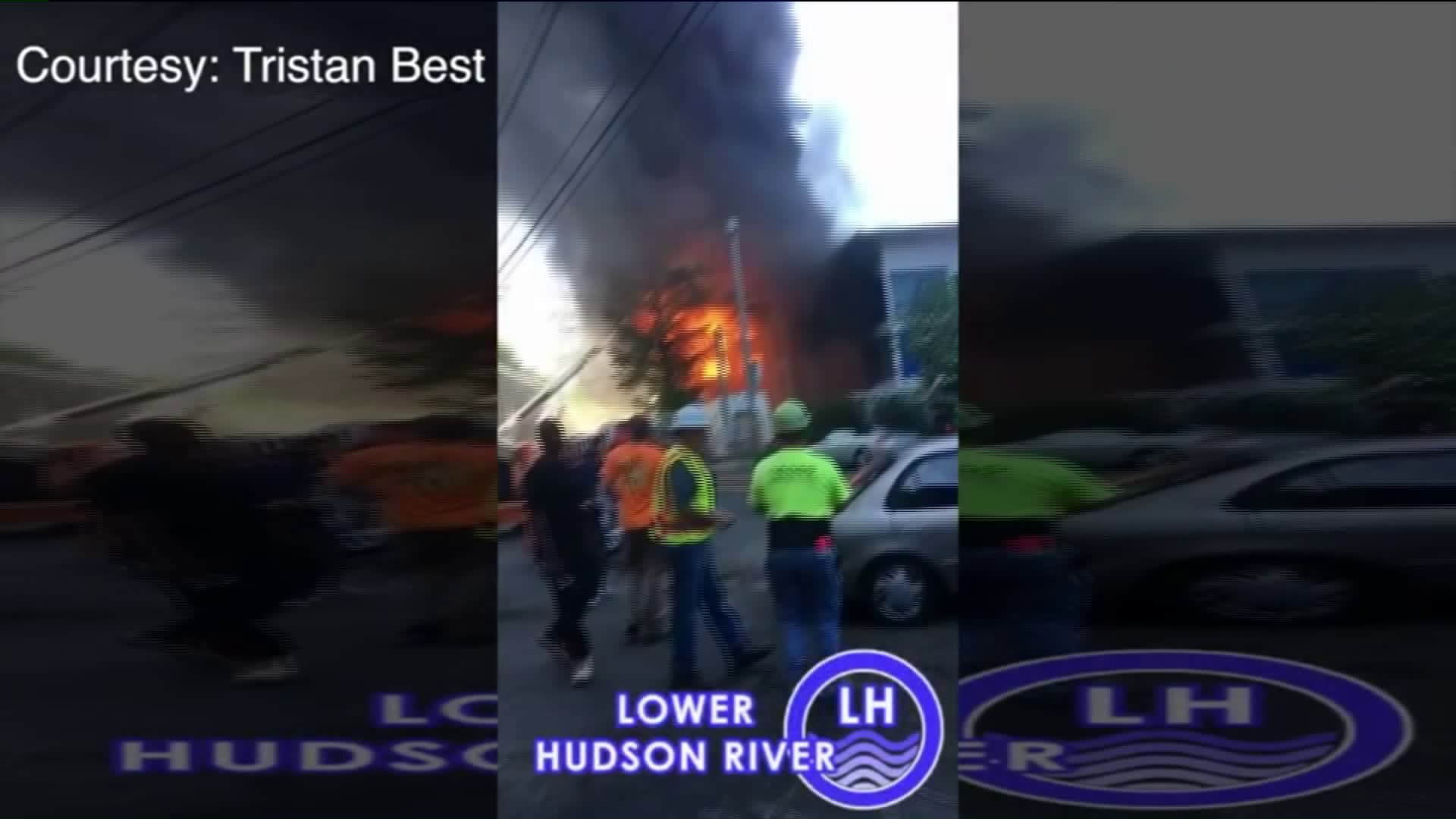 Firefighters responded shortly after 10 a.m. to the building on Warburton Avenue to find it fully engulfed in flames. Several dozen construction workers were inside but escaped safely.

A firefighter suffered minor injuries after being hit by debris and several others suffered heat exhaustion during a day of record-breaking high temperatures.

"Guys get exhausted that much quicker. You're so hot from being inside, all of a sudden you're outside, you get no relief out here. A lot of heat exhaustion," said Kevin Ford, deputy chief of the Yonkers Fire Department.

Cellphone video captured powerful flames enveloping the building. PIX11 obtained video shot by a member of the construction crew who was inside the building when the fire broke out. Heavy, billowing smoke flooded the neighborhood and could be seen as far away as Manhattan's Upper West Side.

"The smoke was really cloudy, really dark flames were shooting out, everyone was really frantic," witness Kenneth Gamble, Jr., who was working nearby, said.

Several hours after the blaze started, firefighters were still working to knock down hotspots.

"There was heavy flames as soon as we got here. We couldn't go inside. We set up streams outside, set up a defensive mode, just knocked the fire down with streams outside," Ford said.

There are buildings on either side of the structure but fire crews contained the blaze and kept it from spreading.

Construction workers told PIX11 there was a minor fire in the building last week, but on Thursday, there were sighs of relief.

"No one was hurt. There are buildings on both sides. We kept the fire from them. I'll call this a win for the day," Ford said.

The location was under construction to become a residential building. No word yet on the extent of the damage or what sparked the blaze.