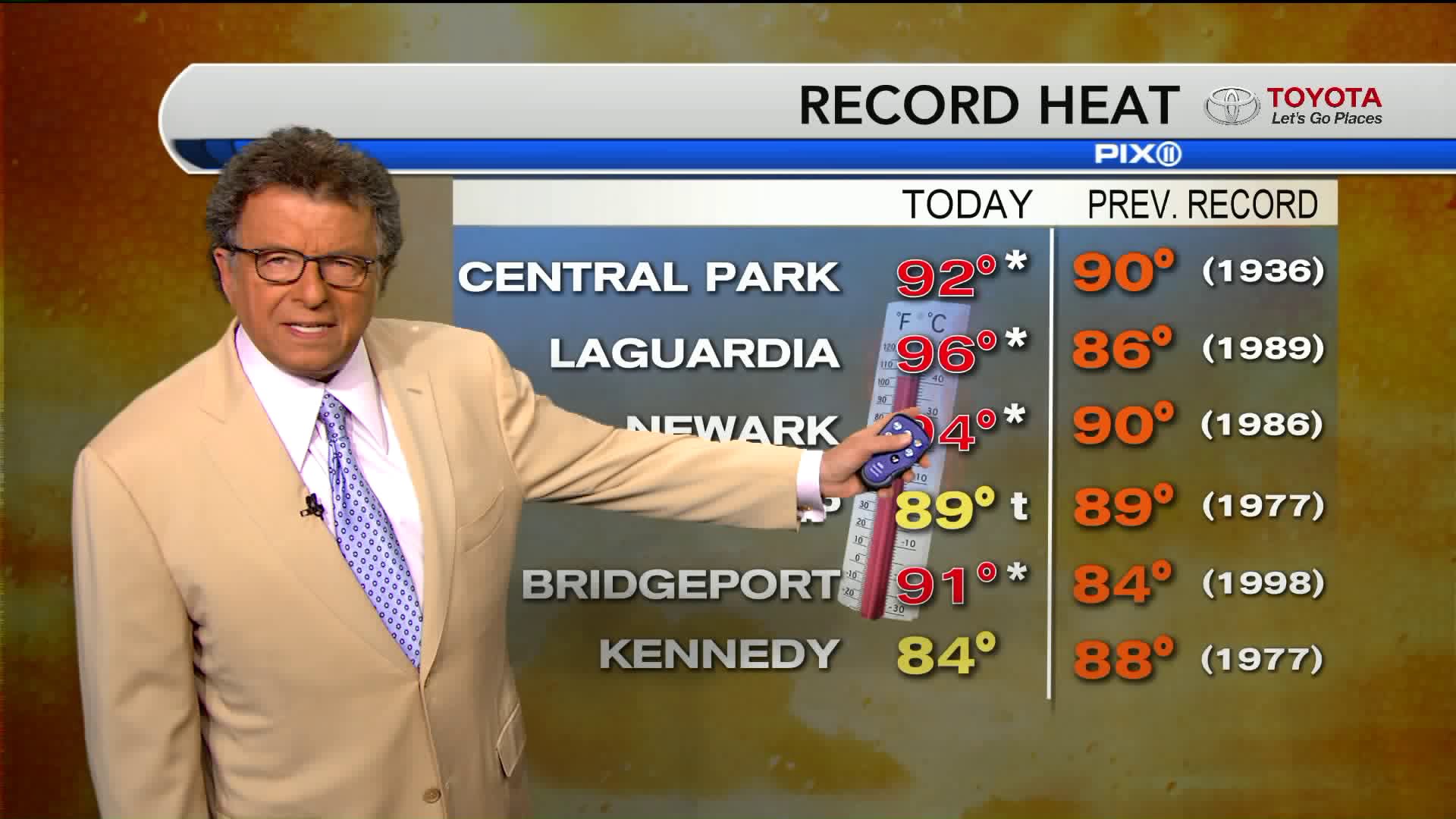 In some areas, records were smashed by 10 degrees. 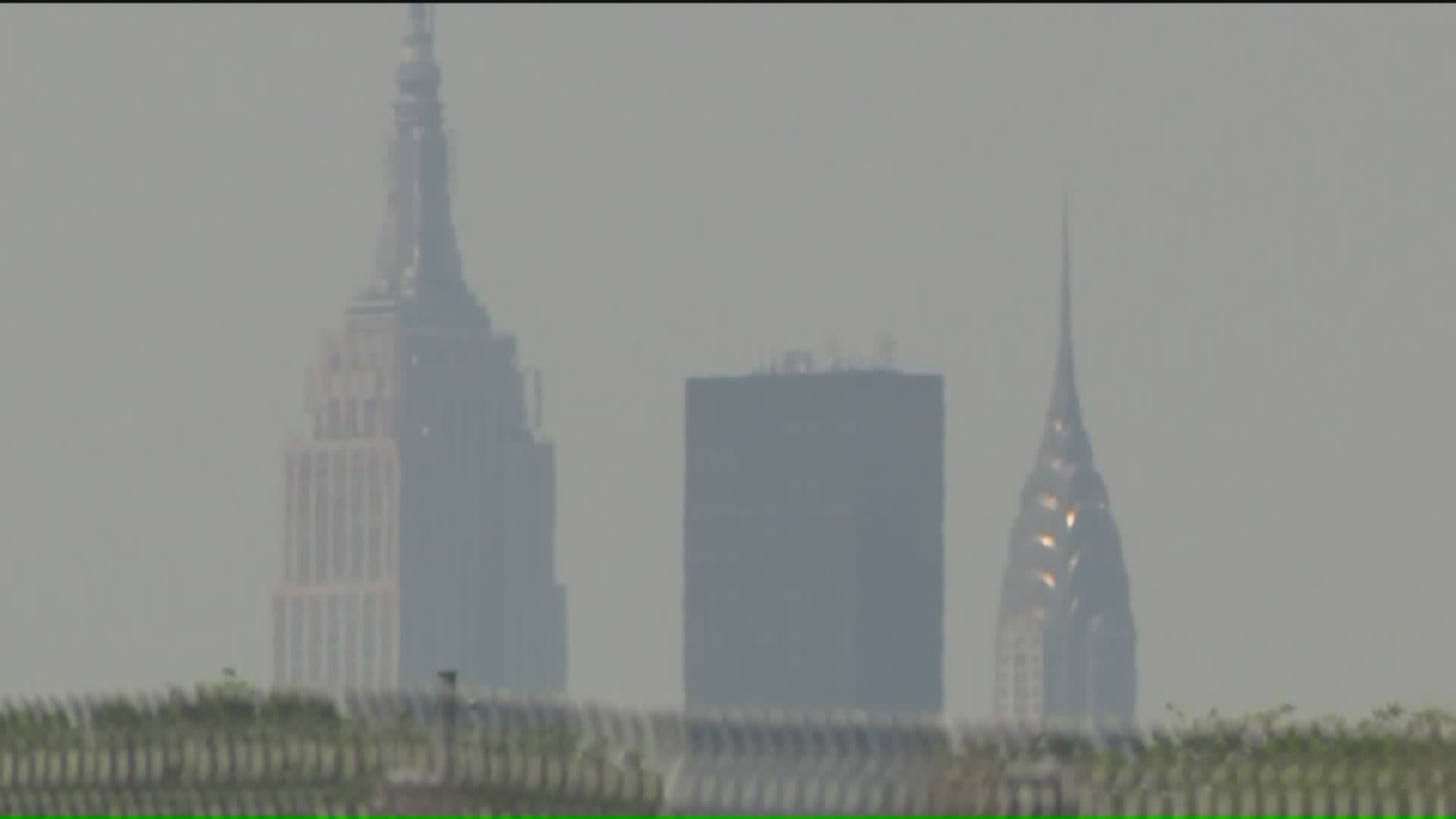 NEW YORK — High-temperature records were smashed across the area Thursday, in some places by 10 degrees, during a stretch of summer-like weather that sparked back-to-back air quality alerts throughout the five boroughs and Long Island.

Central Park broke a record at 92 degrees. Before Thursday, the hottest May 18 on record was in 1936 when the mercury in Central Park climbed in 90 degrees, according to the NWS.

The temperature at LaGuardia climbed to 96 degrees as of 4 p.m., destroying the previous record of 86 degrees set in 1989.

Areas along the coast were cooled, but it was still warm enough in Islip, Long Island, to tie the previous record of 89 degrees.

It was so hot and muggy that the New York State Department of Environmental Conservation issued an air quality advisory, in effect from 10 a.m. to 10 p.m.

The alert means New Yorkers should consider limiting their outdoor physical activity to reduce the risk of adverse health effects, and includes all five boroughs and Suffolk, Nassau, Westchester and Rockland counties.

Active children and adults, and those with respiratory problems, such as asthma, are advised to avoid prolonged outdoor activities and those requiring heavy exertion, according to the NYC Office of Emergency Management.

The "very young" and those with pre-existing conditions, such as heart disease, are also at risk, the National Weather Service warns.

PIX11's Weather Center says the higher-than-normal temperatures increase ozone in the atmosphere. The air quality index on Thursday is predicted to be greater than a value of 100 for ozone, the city's Office of Emergency Management said. The index was created to correlate different pollutants to one scale.

Temperatures are not expected to be as hot on Friday with temperatures climbing into the upper 80s. A cold front will approach from the north and west bringing the chance of a stray shower or even a gusty thunderstorm in the afternoon or evening.

Eventually, high pressure from Canada moves in cooling temperatures down for the weekend. Highs may not reach 70 especially on Sunday as cool Canadian air rushes in.