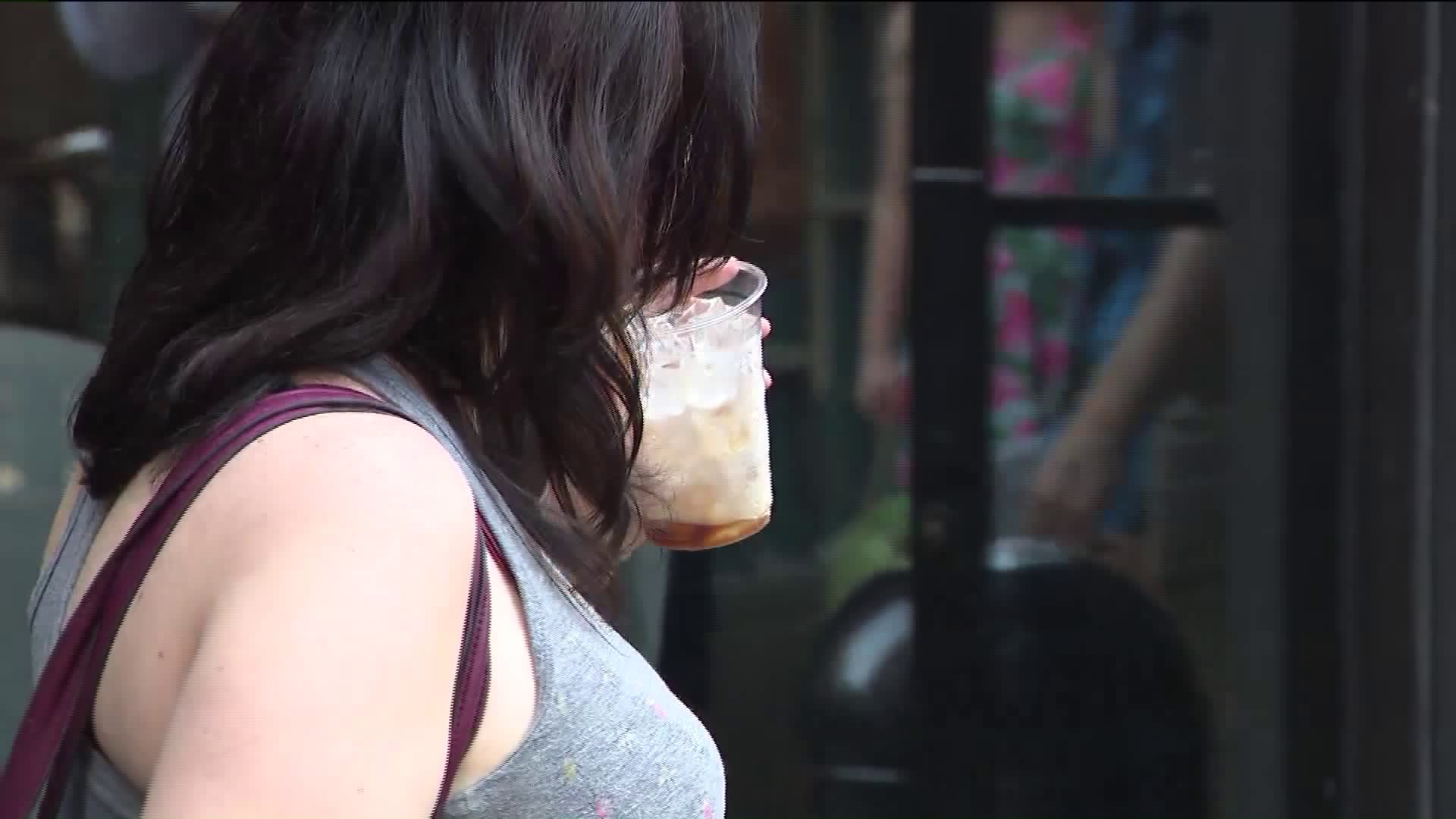 Temperatures hit the 90s - a high the city doesn`t usually see until July.

ASTORIA, Queens — The day of the year most likely to have temperatures in the 90s in New York is July 18, according to the New York City Weather Archive.

It was like July came two months early on Thursday. The high heat left some people in the Tri State wondering if there would be any spring weather before summer actually arrives.

Laguardia Airport in Queens saw some of the highest temperatures.

Laguardia's 94-degree Wednesday record was beaten on Thursday. The airport's weather center reading shattered its own Thursday record before 10:00 a.m. - and it just kept getting hotter.

"No wonder I'm going to get my hair cut," said Gloria, an Astoria resident.

The weather was not a cause for celebration for another woman who's seven months pregnant.

"I hate this weather," she said. "I'm huge and uncomfortable. I have extra weight, so I'm hot all the time."

She made the comment while drinking cold lemonade in Soho, on Spring Street. Despite the street's name, she was not at all optimistic that the cooler season will appear any time soon.

"I think it's going to just be muggy from here on out," she said.

Sandra Drakulovic was also walking down Spring Street on Thursday. "It feels like we're on Summer Street," she said.

The caffeinated beverage of summer, iced coffee, was being handed out for free at a cafe just off Spring Street. That's where PIX11 encountered Wendy Schwarz. She was optimistic about May actually feeling like May, before June sets in.

The forecast does call for temperatures to dip down into the 60s and 70s over the weekend.

Until then, however, many parts of the Tri State are expecting highs at 90 degrees or above on Friday. That would mean three straight days of 90-degree weather. By National Weather Service official standards, that constitutes something fairly rare: a mid-May heatwave.