Delays on Metro-North New Haven line due to minor derailment, at least 12 injures 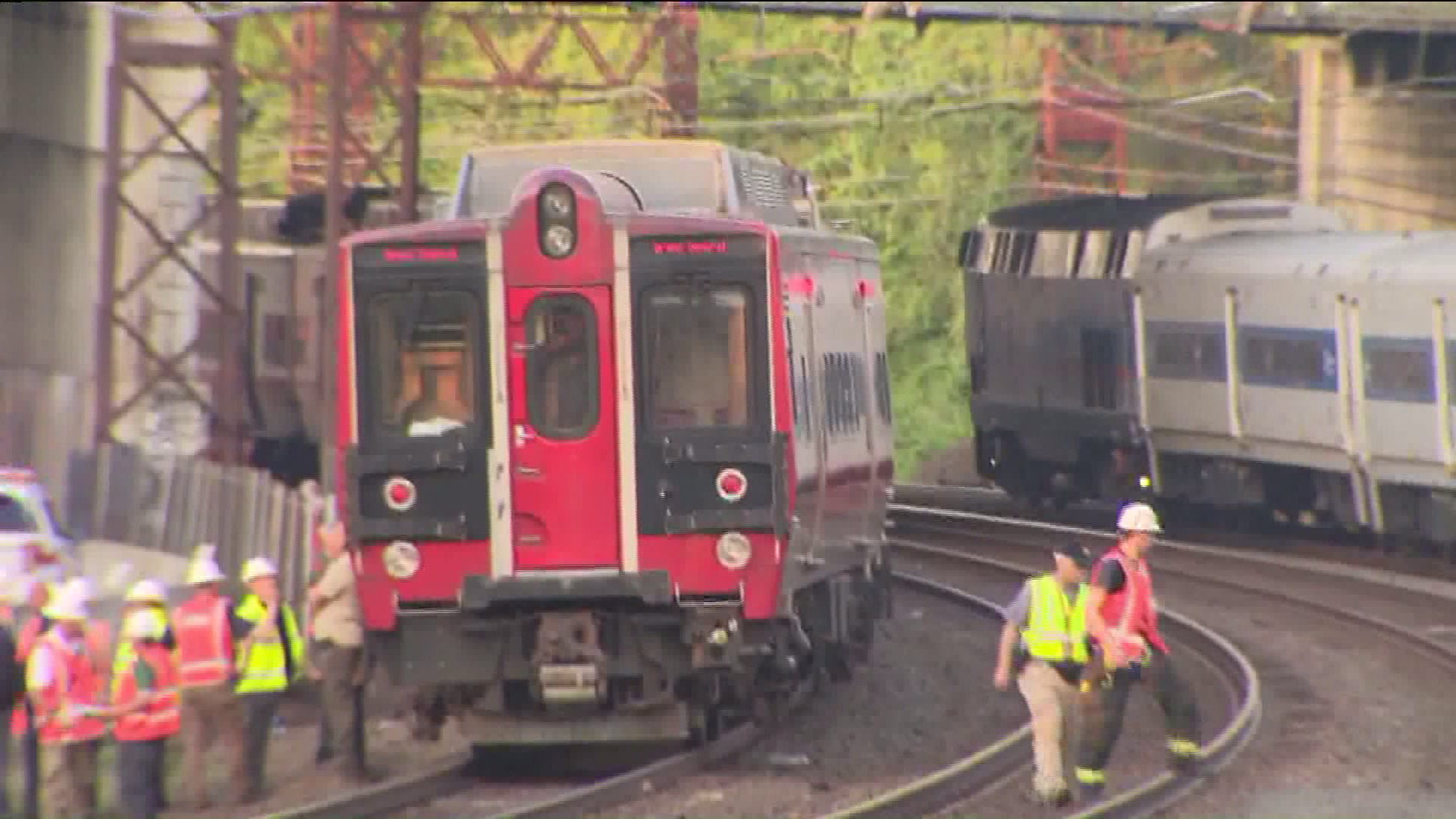 At least 12 people suffered minor injuries in the "slow-speed" derailment just after 5 p.m. Thursday near Rye.

Westchester County Executive Rob Astorino said he believes speed was a factor in the derailment of a Metro North train just beyond the Rye station.

Five of the 12 cars of the train left the rails at the height of the evening rush hour.

MTA Interim Executive Director Ronnie Hakim said because the oppressive heat had caused a slight kink in the rail, a 10 mph speed restriction was imposed at the curve. She said an investigation would determine whether the train was negotiating the curve at a faster speed.

Many of the 185 passengers aboard the Stamford to Grand Central train suffered bumps and bruises as they were jolted from their seats. Twelve people sustained non-life threatening injuries. Four of them, including the train's conductor, were taken to the hospital for treatment.

The derailment cause delays of up to an hour on the Metro North New Haven line. Crews were working throughout the night to remove the damaged car and repair the track in time for the morning rush.

Hakim said she was cautiously optimistic that there would be "relatively normal" service in the morning, Commuters are being advised to check Metro North's website for updates.

There was a slow-speed, minor derailment on @MetroNorth New Haven Line in the vicinity of Rye. No injuries. pic.twitter.com/MFXEzApqVS

New Haven Line: delays of up to 25 minutes on account of a derailed train in the vicinity of Rye. Please listen for announcements.