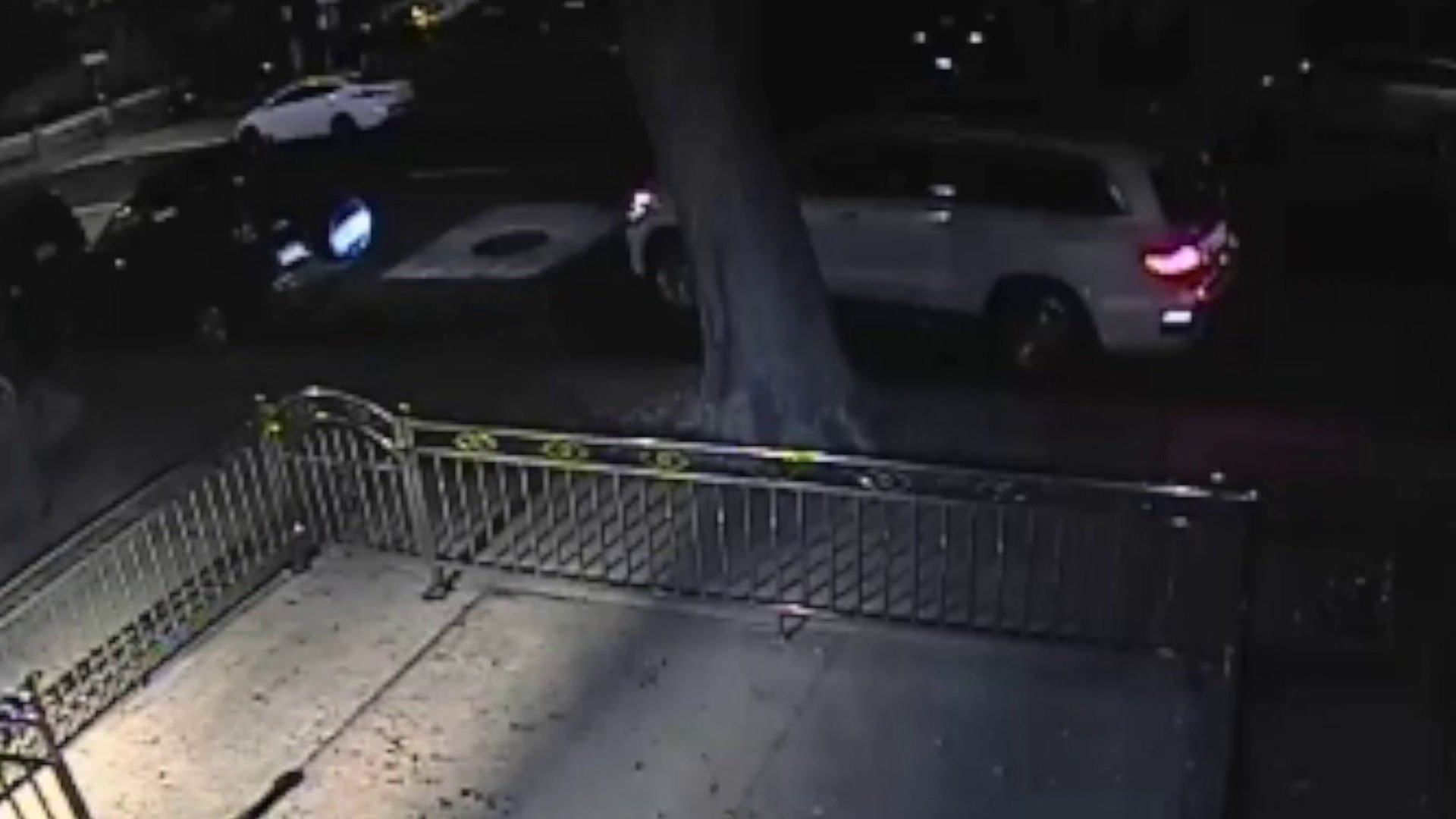 It looks like there’s a high end vehicle theft ring that’s been operating in the area. And Emile Brammer of Brooklyn is a victim.

In October they swiped his fully loaded 2013 Mercedes Benz GL 550 SUV from right in front of his home while he slept. Emile’s security cameras caught the thief in action. And he was shocked to see how the thief got into the vehicle. It looked like he had a key!

Emile called the NYPD. And he checked with Mercedes Benz. Turns out duplicate keys for his vehicle were made at dealerships in Princeton and Greenwich, CT. Princeton on September 20th. Greenwich on October 7th.

The vehicle was stolen on October 12th. Emile believes one of those keys was used to open it.

The curious thing is that Mercedes Benz policy is that the vehicle must be physically present at a dealership before it makes and releases a new fob. And Emile says not only has he never been to those dealerships, he’s never even been to Princeton or Greenwich.

So it was time to go. With me.

At Princeton, we found management that hadn’t heard transpired. But later we found out that someone had come there with a temporary driver’s license and a matching insurance card…maybe not even in Emile’s name. Princeton made the duplicate key but never released it because the guy never came back with the actual vehicle.

On the other hand, the Greenwich Mercedes dealership did release the key. Five days later Emile’s vehicle was stolen. He believes it was with that key.

The Greenwich dealership told us "We have been... cooperating fully with the NYPD with their investigation...and have reinforced our control procedures regarding key requests." Meanwhile Mercedes- Benz USA (the corporate headquarters) wants to know why Greenwich did what it did.

As for Emile, he was insured but it’s not nearly enough to cover the cost of a new vehicle. And his SUV may be far, far away. Ed Carin, a veteran NYPD auto theft investigator now with the National Insurance Crime Bureau told us, “These vehicles, these high end vehicles, Mercedes Benz’s, BMWs, are much more valuable over in China, the United Arab Emirates, Eastern European countries.”

It seems there’s a good chance the SUV was shipped overseas. It may even have been stolen to order. The thieves obviously knew just which vehicle they wanted. And they used a sophisticated plan to get it.