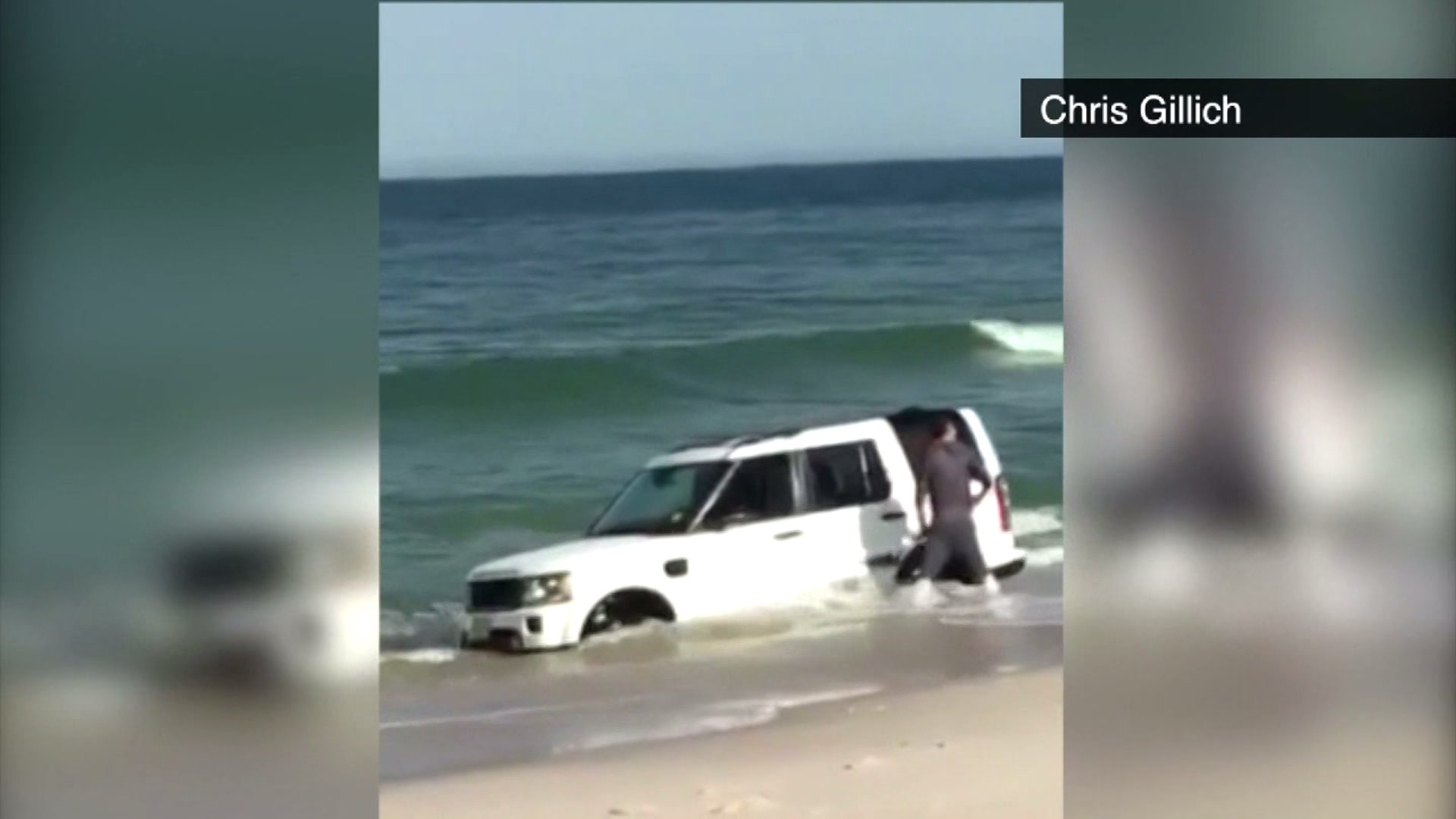 Onlookers feared the truck might roll as the owner tried to dig it out.

SEASIDE PARK, N.J. — As the waves crashed over and into the luxury Land Rover, its driver and passenger scrambled to try and dig it out of the surf.

This happened Tuesday evening, when fishermen were out at Island Beach State Park. One took video of the episode and it has gone viral on Facebook.

"We see some splashing down by the water and low and behold, there's this white Land Rover down in the surf," said Chris Gillich, who took the video. "When we first got there, it was only up to about, just below the axle."

"And when the waves were crashing into the truck, it was rocking."

Onlookers feared the truck might roll as the owner tried to dig it out.

"As much as we tried to tell him, don't shovel you're only going to dig it deeper, he kept trying."

Gillich said they weren't on the beach to fish and the pair was speeding recklessly down the beach prior to the incident.

Once a tow truck finally arrived to pull them out, police did not ticket the driver because he did have a permit to drive on the beach.​

The SUV was stuck in the surf for about an hour, but the driver insisted on driving it off the beach. The truck's headlights were flashing and the engine was making strange noises, Gillich said.

"I mean I've been driving that beach for at least 15 years, and you don't go down by the water."