Boy, 14, questioned in connection with fire that destroyed LES synagogue 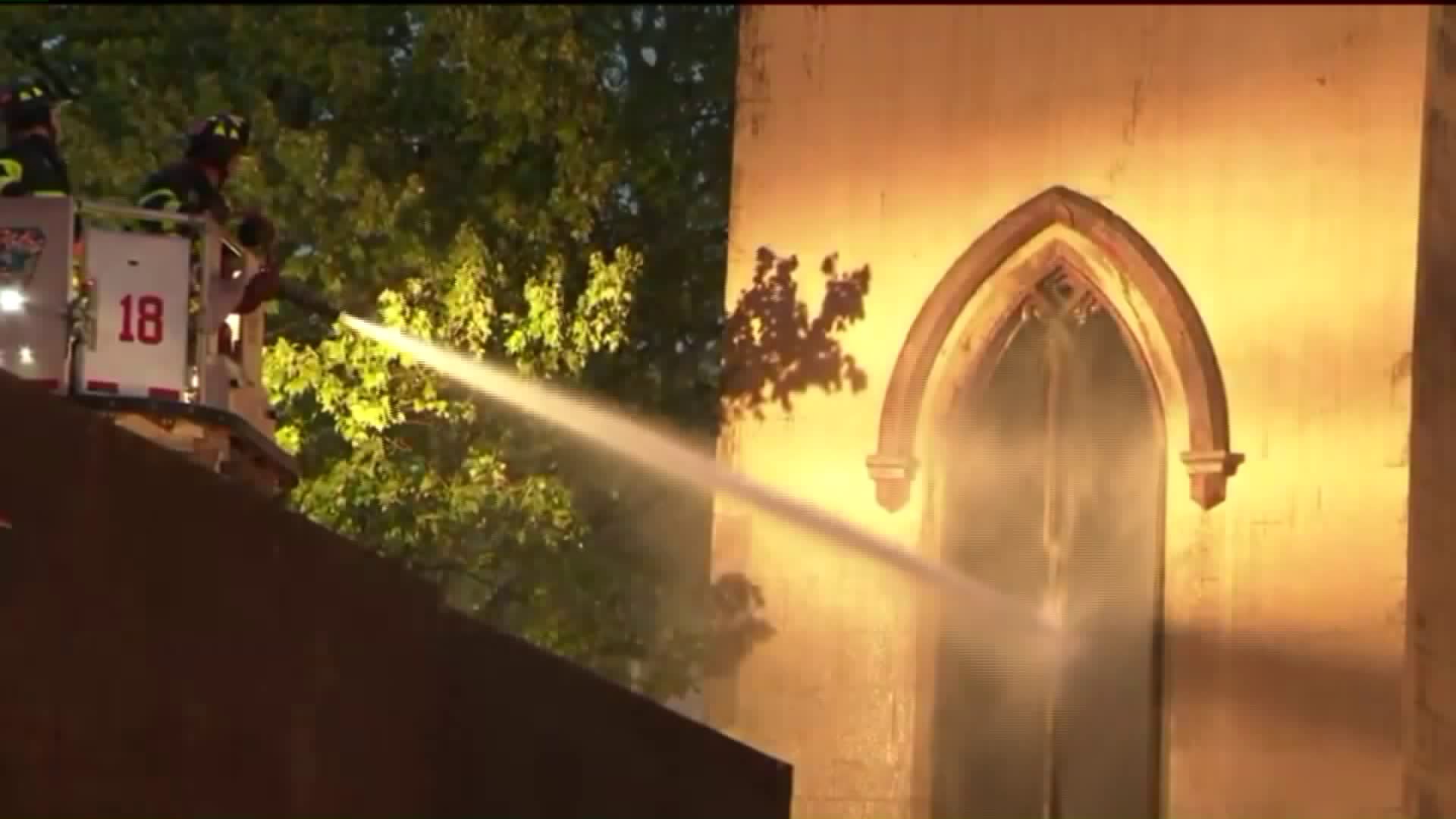 Firefighters battled fire at a historic synagogue in lower Manhattan Sunday evening that sent smoke billowing across the skyline.

LOWER EAST SIDE, Manhattan – A 14-year-old boy was questioned Wednesday in connection with a fire that destroyed a historic Lower East Side synagogue over the weekend, police said Wednesday.

Sources told PIX11 News on Thursday the teen was released from custody but could still face charges. He is scheduled to appear in court on May 31.

No injuries were reported in the fire.

The Gothic structure was built in 1850 as a Baptist church. It was home to Beth Hamedrash Hagodol for over 120 years ago. The synagogue was closed in 2007.

For many, part of Lower East Side history at 60 Norfolk St. is now gone forever.

“It’s heartbreaking,” Frieda Fried, a lifelong Lower East Side resident said on Sunday. “But since it had been abandoned, there are no sacred scrolls inside burning.”

“It was an absolutely beautiful synagogue,” Fried said. “And now it will probably come down completely.”