Queens ‘Boulevard of Death’ loses its reputation for fatalities 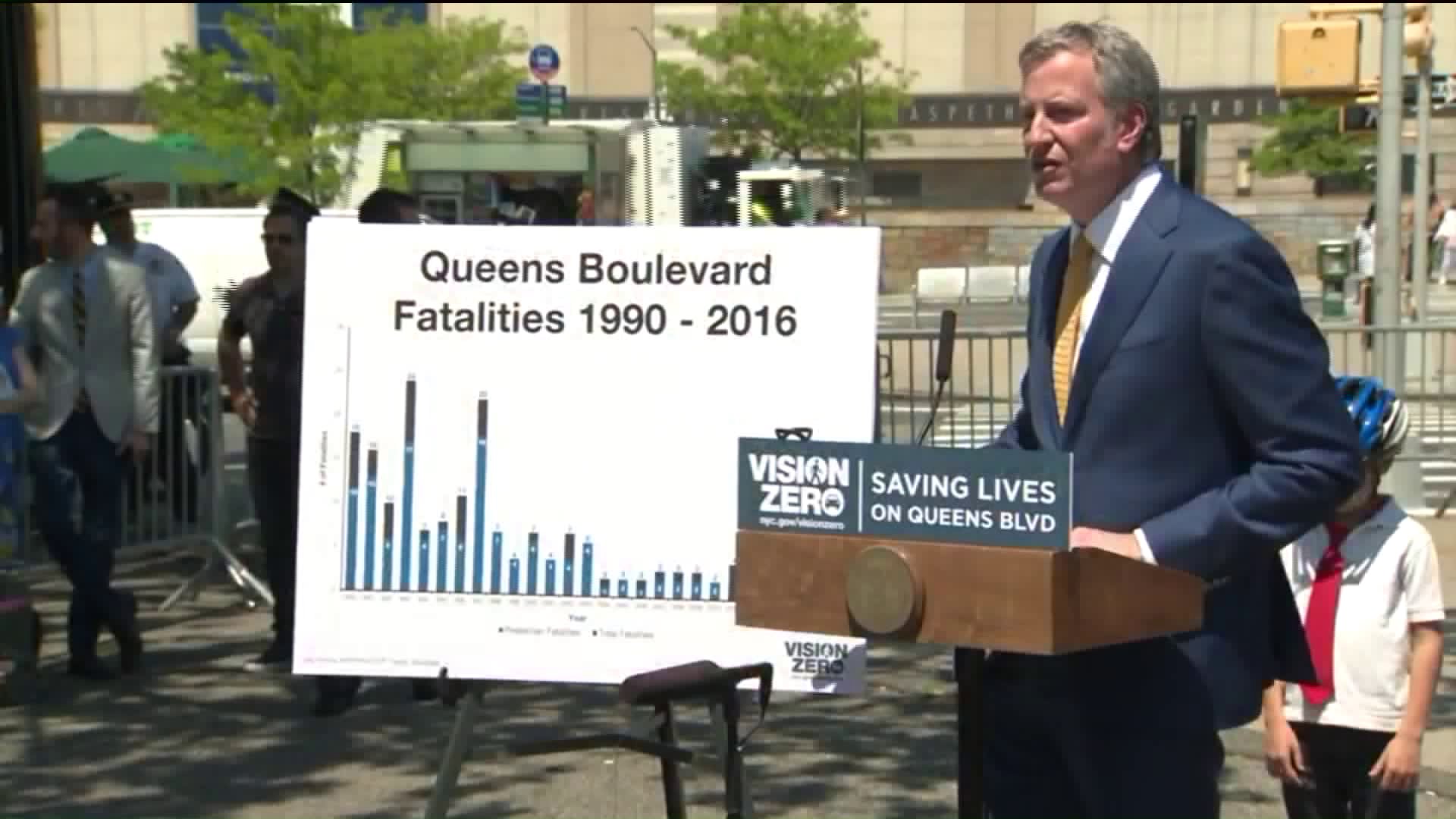 No pedestrians died on Queens Bouleverard in the last two years.

ELMHURST, Queens  — For more than a quarter century, Queens Boulevard has been nicknamed 'The Boulevard of Death;' that's all changed.

Mayor Bill De Blasio was on the boulevard Wednesday touting a significant reduction in fatalities along the thoroughfare. He claimed the increased safety was the result of his Vision Zero pedestrian plan.

However, when it comes to other streets and avenues in the city, the mayor said there's still more work to do, despite gains during his tenure.

That is a statistic well worth noting, considering that in some of the last 30 years, as many as two dozen people have died in a given year on the boulevard. However, this month alone, there have been three pedestrian fatalities around the city: a woman was killed late Tuesday night when a trash hauling truck ran over her in Greenwich Village; two other men died earlier in the month from injuries they sustained from crashes on Cross Bay Boulevard in Queens and on White Plains Road in the Bronx.

The mayor said that it's within the power of the city to do more.

"We can control enforcement by police," he said, and listed other factors over which his Vision Zero Plan has control, including traffic cameras, lowering speed limits and creating bike lanes. He said that those efforts have paid off, adding, "our steady investment has proven that."

He was speaking at a news conference in front of Queens Boulevard here, along with city transportation officials and some community activists, including Lizi Rahman.

Rahman's son Asif, was 22 years old when he was killed on Queens Boulevard in 2008, while riding his bike. "He was hit by a truck," said Rahman, who is now an active member of Families for Safe Streets, a pedestrian safety lobbying organization.

She and her organization had been active in getting a dedicated bike lane installed on Queens Boulevard. It is separated from lanes of car traffic only by flexible plastic poles. Nonetheless, according to the city's department of transportation, it's used by about 600 cyclists per day, or a 120 percent increase from the previous year.

Still, not everybody on Queens Boulevard is impressed with the changes brought about by the mayor's Vision Zero Plan.

By contrast, though, most people that PIX11 encountered had mild praise for changes to the boulevard in recent years.

It's "a little bit" safer, said Eric Triana, who lives near the boulevard.

A woman who'd been cycling down the boulevard said that while the physical changes to Queens Boulevard promoted greater safety, there is nothing better than for people who use the thoroughfare in various ways than to be aware of one another.