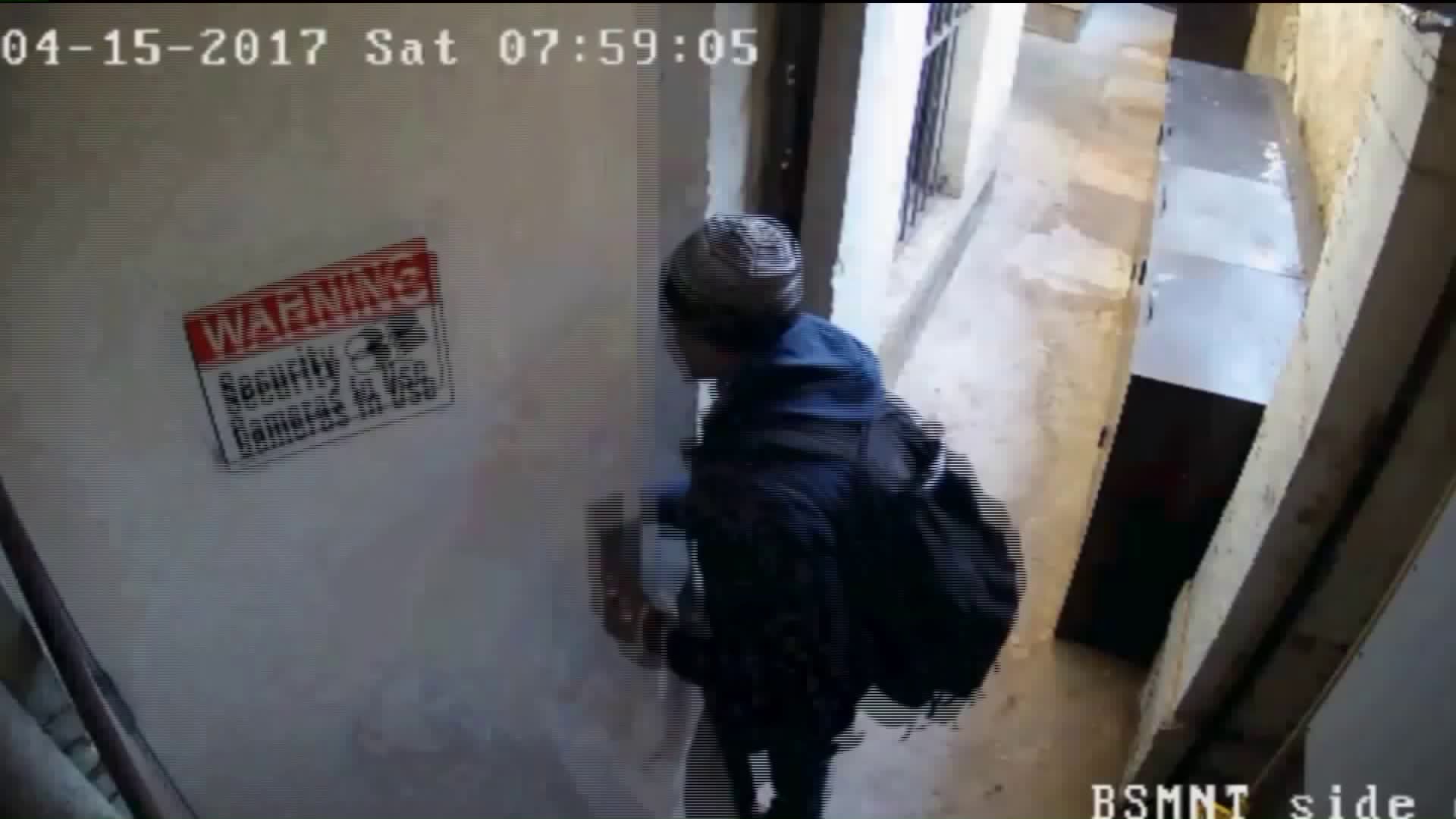 A package thief broke into an apartment building`s mailroom three times in a week, each time ignoring a sign warning him that he was being recorded by security cameras.

MANHATTAN VALLEY, Manhattan — A package thief broke into an apartment building’s mailroom three times in a week, each time ignoring a sign warning him that he was being recorded by security cameras.

On Wednesday, police released that video and called for the public’s help to track down the repeat offender.

In each case, the burglar used a card and the force of his shoulder to open the mailroom door – marked with a “Warning: Security cameras in use” sign – in the basement of an apartment building at Central Park West and Manhattan Avenue on the Upper West Side, police said.

The first theft happened at 8 a.m. on April 15, when he made off with an unknown amount of merchandise.

Three days later, he struck again at about 5 a.m., grabbing about $101 worth of mail before running away.

Another three days passed before he repeated the burglar. On April 21 at 6 a.m. the culprit broke into the same mailroom, opened packages and escaped with more mail, police said.

David Schorr, the building manager, said after the third theft they installed latch protectors on the doors and a new inside steel door.

Neighbors who PIX11 News talked to on Wednesday said they, too, have had packages stolen.

The building manager said he's working closely with police and suspects the culprit is part of a larger group of package thieves targeting buildings in the area.