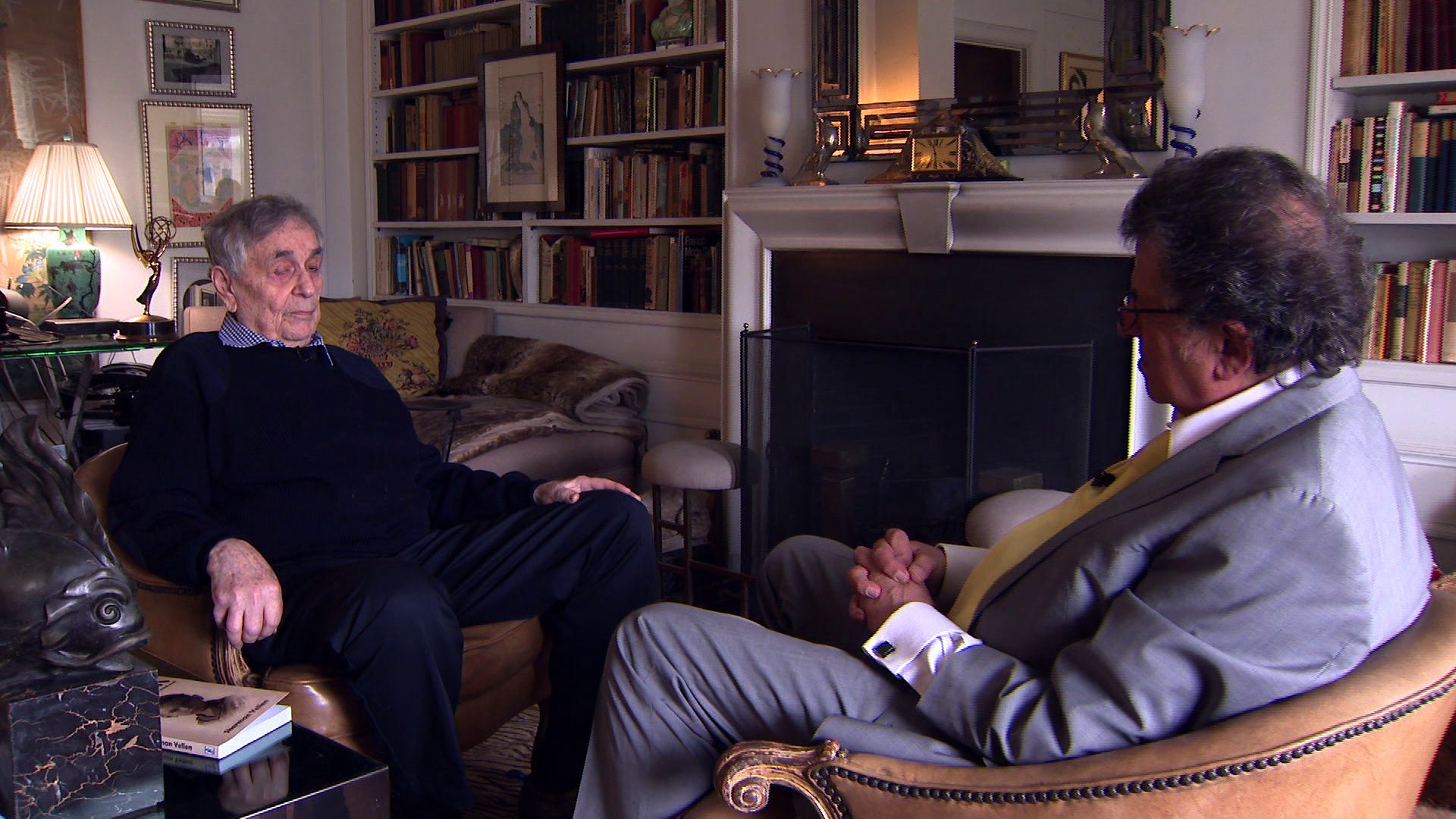 Mr. G sits down with the accomplished playwright, screenwriter and author.

UPPER EAST SIDE, Manhattan- “Everybody in this world has an interesting story, sometimes they make it boring  because they don’t know how tell it but everyone is interesting," Sherman Yellen laughed. If ever there was an optimist, Sherman Yellen is it. “It’s amazing if you leave yourself open to life, just don’t be afraid," he said.

The New York native is an accomplished playwright, screenwriter and author. “From the very beginning. I was a reader," he remembered. "I was a guy who just loved to observe the world around me." He just released a new memoir called "Spotless" filled with sentiments and stories of his childhood. “I love drama but I believe drama in order to really touch people has to have a certain element of humor in it and that’s what I try to bring to my work,” Yellen explained.

And Sherman’s family was certainly filled with some drama. His father battled bipolar disease which led to a complicated relationship. “He was the best man I knew and the worst man I knew so figure that in a parent," he said. One of his most vivid memories came in 1937 when, at the age of five, he witnessed the Hindenburg crash that killed 36 people. “We saw people [running], one man I remember who was on fire looked like a candle to me," he described. "I had no perception of what I saw.”

The 85-year-old lived his life with curiosity and creativity, eventually bringing his talents to Broadway. We took him to the same theater where two of his shows were staged. “I love seeing it, I love seeing people enter the theatre," he smiled. In 1970, he teamed up with his buddy, famed lyricist Sheldon Harnick, to create The Rothschilds, a musical that garnered nine Tony nominations. It's a loss he’s still not completely over.

'Stephen Sondheim was better looking than I was," he joked. He went on to win a Peabody and two Emmys for his work in television. But awards aren’t what bring him the greatest joy. It’s his wife of 64 years, his two sons and three grandkids. “People should rejoice in family," Yellen said. "I believe there is no substitute for it.” A legacy of love, Sherman hopes to leave behind.

“How do you want to be remembered?" I asked. "As someone who caused very little harm in the world, did a reasonable amount of good, loved his family and sees the potential for friendship in everyone I meet," he replied.