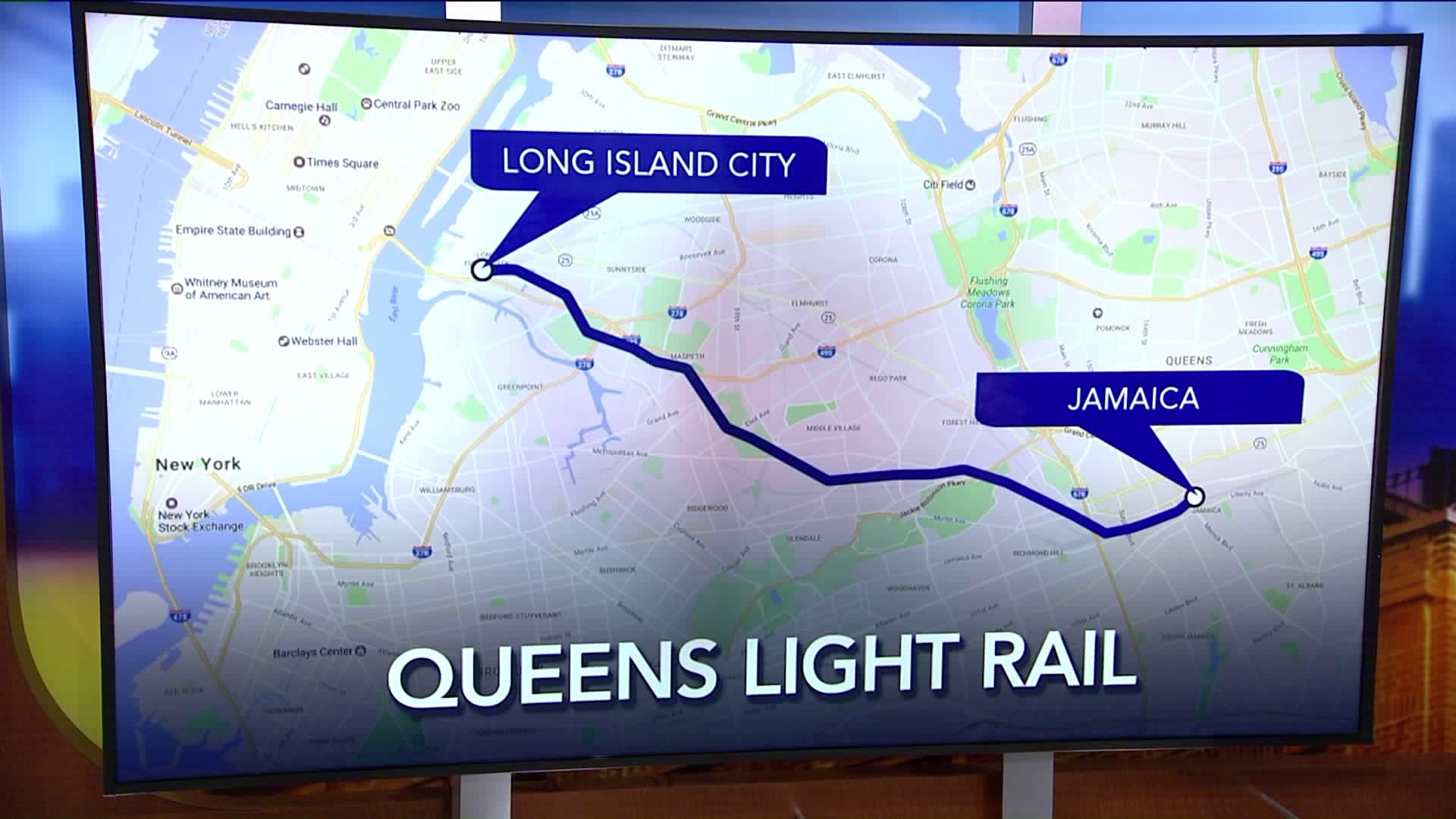 The tracks, owned by the Long Island Rail Road, are already are there between Long Island City and Jamaica.

The project is still in the beginning stages but neighbors and city leaders are getting together to talk about a possible light-rail service along tracks owned by Long Island Rail Road in Queens.

The line runs from Long Island City to Jamaica and is mainly served by freight traffic.

NYC Council appropriated $500,000 for a study which was completed earlier this year. You can read the some of the outreach presentation from the NYC Department of Transportation here .

It acknowledges decisions would have to be made about track usage, power, and train car type.

NYC Councilmember Elizabeth Crowley, who represents a large part of the area, says it would help serve a transit desert.

Because the track (also known as "right of way") already is in place, potential costs would be less expensive than some other new transit proposals.

Neighbors along the tracks have attended some community meetings and will continue to be a part of any project, officials say.

PIX11 News stopped in a Glendale, Queens neighborhood where neighbors said they were interested to hear about a project. They wanted additional information about traffic and noise and the current garbage trains that travel on the tracks.