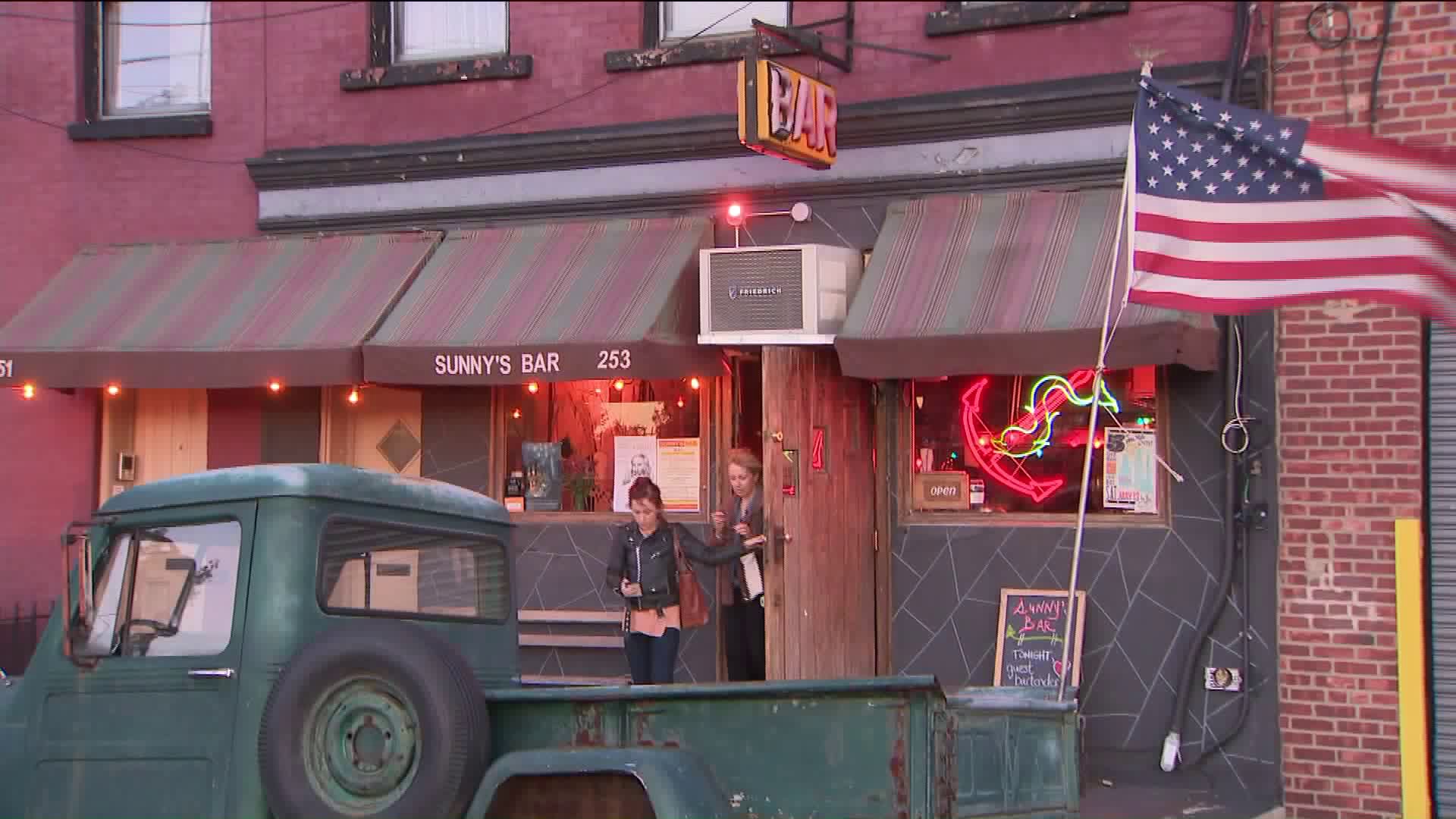 Sunny`s has been showing its customers a good time since 1890.

RED HOOK, Brooklyn — In a city that refuses to play favorites when it comes to its social institutions, the appeal of Sunny’s Bar in Red Hook, Brooklyn, cuts across generations.

That’s a notable accomplishment when you consider Sunny’s been showing its customers a good time since 1890.

“They’ve been like a boxer, that’s gotten knocked down, but got back up every time,” longtime patron John Tebeau said.

Yes, that’s 127 years of beating back the forces of change.

Mother Nature almost drowned Sunny’s in its own sorrows during Hurricane Sandy and most recently, gentrification continues its inevitable creep, like the waters of New York Harbor, as shiny, hip new attractions like the Brooklyn Crab, located right around the corner, continue to pop up all over Red Hook.

But co-owner and operator Tone Balzano Johannsen remains unfazed and continues to welcome both old- and new-timers as they leave their troubles at the door.

Tone took over the reins after her husband Sunny passed away last year.

His family opened the place way back when and Tone picked up the fundraising efforts where he left off in order to purchase the bar from the remaining shareholders, and keep the spirits flowing.

"This is a piece of new york history. This is a piece of Brooklyn history. It’s as real as you get it and that’s why people still come here," Balzano said. "Because it’s not just get a drink and get a buzz. You can do that at home. It’s to make connections, and speak to new friends."

The good news is that Tone revealed during an interview with PIX11 News that she successfully fundraised the$65,000 needed for the down payment.

She’s now has about $20,000 to go to address a few infrastructural issues in the building -- after all, it is old.