No problems reported in minute before deadly jet crash 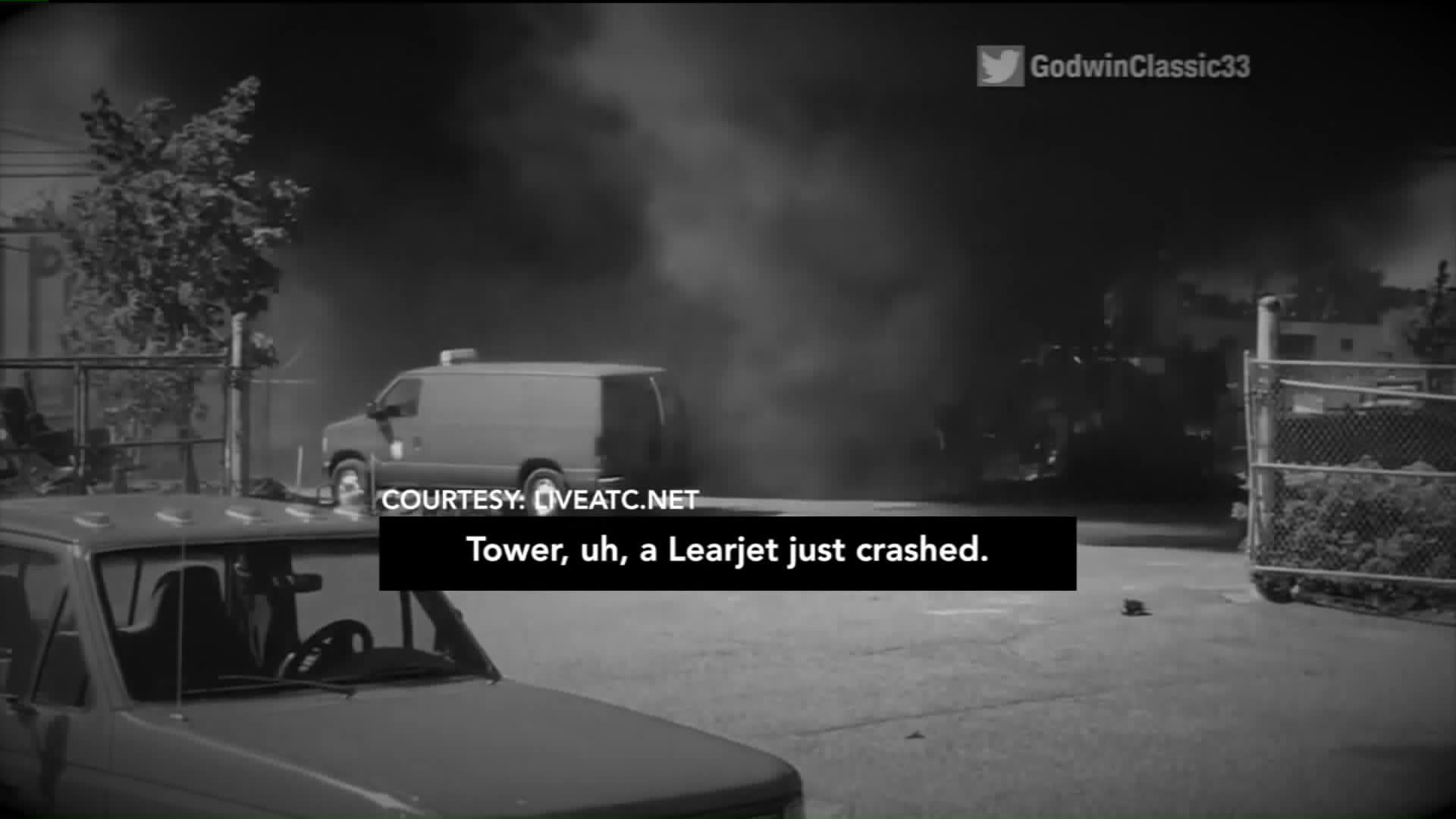 No problems were reported in the minute before the crash.

MOONACHIE, N.J. — A plane that crashed near a small airport outside New York City, killing two crew members, didn't report any problems to air traffic controllers a minute before it nosedived, a federal investigator said Tuesday.

The Learjet crash Monday afternoon in an industrial area near Teterboro Airport damaged three buildings and caused a fire that burned 16 cars in a parking lot. No one on the ground was injured.

Jim Silliman, an investigator with the National Transportation Safety Board, said Tuesday it appeared from air traffic control audio tapes that the plane's approach was going smoothly right before the crash.

"It seemed they were talking to the aircraft while it was on approach and the pilots didn't give any sense of an extreme situation or identify any problem with the aircraft at the time," he said.

Silliman said the voice recorder had been recovered and was being shipped to NTSB headquarters. He said the flight wasn't required to have a data recorder.

He said the wind at the time of the crash "was a concern." Winds were gusting at more than 30 mph and controllers would have tried to have the plane head into the wind to avoid crosswind.

The plane was listing to the right with its nose down at the time of impact, indicating it was out of control, Silliman added, referring to video that shows the plane crashing into the ground nose-first. "Why it got there is of course the subject of the investigation," he said.
The crash has dredged up dormant fears among residents who live within yards of where corporate jets take off and land.

The airport sits in a densely populated area just north of MetLife Stadium, home to the NFL's Jets and Giants, and has been a battleground over the years over the types and number of planes that should be allowed to land there.

Residents of a community of trailer homes that sits across a street from the end of one of Teterboro's runways are accustomed to the sound of planes taking off and landing.

John Falbo, who has lived in the New Jersey community for four years, said he can even smell the jet fuel as the planes pass by. Planes skirt one side of the development, but helicopters pass right over, he said.

Monday's crash "hit so close," Falbo said. "If it had hit here, this place would have gone up like a Roman candle."

Over the years, air carriers have agreed to a nighttime curfew and a ban on the noisiest planes at the airport. That hasn't altered the fundamental equation for people who live nearby, said Mark Pfeifle, who also lives across the road from the runway.

Pfeifle said Monday's crash reminded him of the potential dangers.

"It could have hit us and could have took our homes out," he said. "A lot of people in here don't exactly have a lot of money, and it could have done a lot of damage."

Surveillance video from a nearby business shows the moment of impact and then a huge fireball. A man can be seen running across a parking lot toward the crash site as thick, black smoke spews into the air.

The plane was registered in Billings, Montana, to a company called A&C Big Sky Aviation, which has a residential address. The owners of the residence are Daniel and Julane Wells. There was no answer at their home Monday night.

The jet had flown from Teterboro to Bedford, Massachusetts, early Monday. It then flew to Philadelphia later Monday morning before leaving for Teterboro in the afternoon. Silliman didn't release the names of the crew.

Teterboro, which is owned by the Port Authority of New York and New Jersey, is the oldest operating airport in the New York City area.