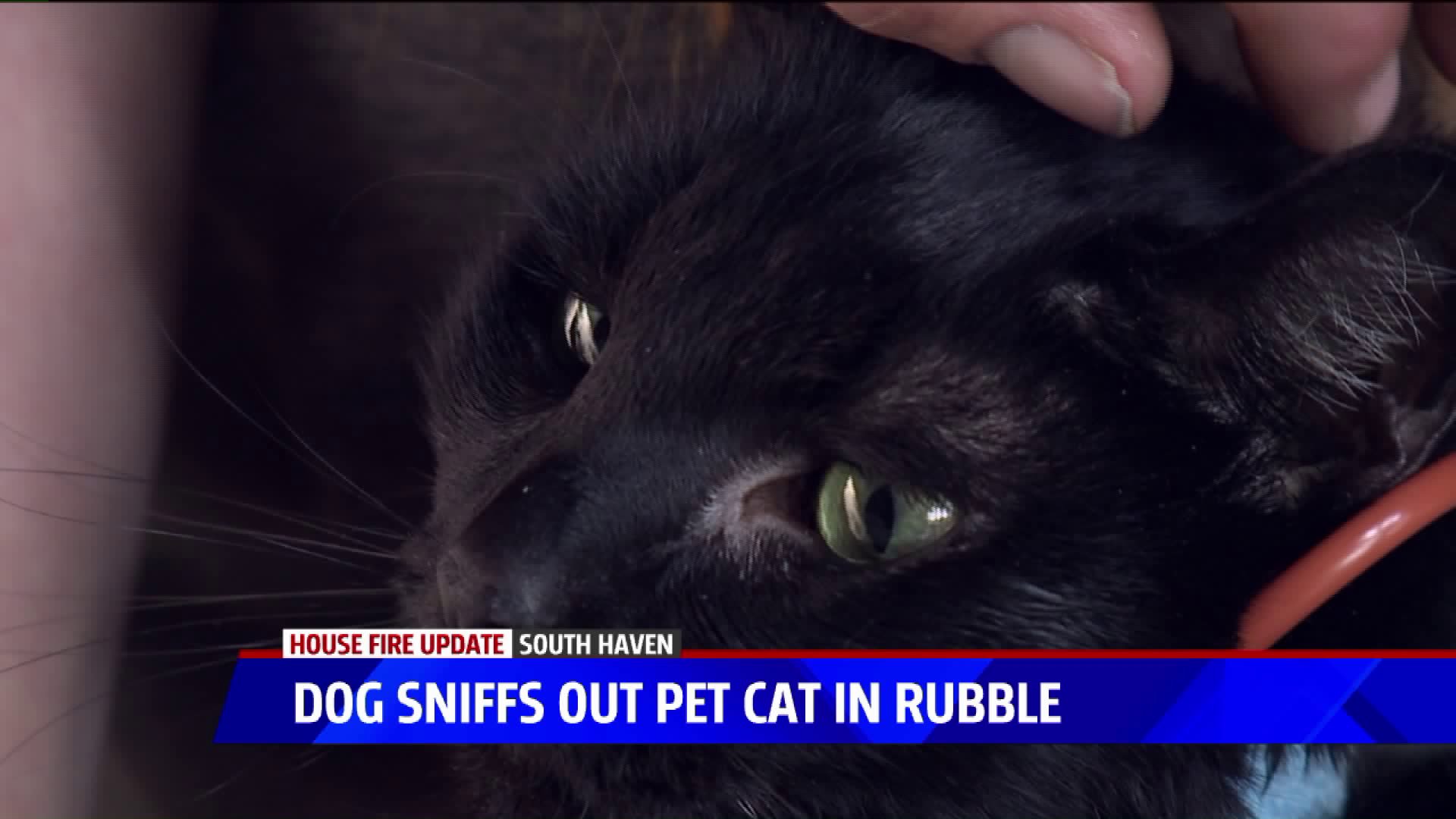 SOUTH HAVEN, Mich. – Two months after a fire destroyed their home, a Michigan family has found their missing pet alive.

Ringer the cat was found trapped under the floor of the home, which had caught fire in March and nearly killed their dog Chloe. The dog was rescued by firefighters who used an improvised oxygen mask to revive her.

And ironically, it was Chloe who found the missing cat by sniffing him out on Sunday during her first trip back to the home since the fire.

“This cat’s a miracle,” Christine Marr, Chloe and Ringer's owner told Tribune. “This cat has been in this area for two months with no food or water. And Chloe just found him down in this hole.”

“Looking for that cat, we picked up furniture, looked around beds, looked in every nook and cranny for that cat,” said Chief Ronald Wise of the South Haven Area Emergency Services. “To know that Chloe had found the cat, that’s amazing. She’s a true hero, she is. To get that cat, you wouldn’t think the cat would live that much longer.”

A trip to the vet confirmed that Ringer was malnourished and lost half his body weight.

“We’re assuming he was eating bugs and spiders and stuff under there,” said Marr.

Christine says the vet treating Ringer says it’s an incredible story of survival and that the cat is expected to make a full recovery.

"I think he used a bit more than just nine lives," joked Marr.