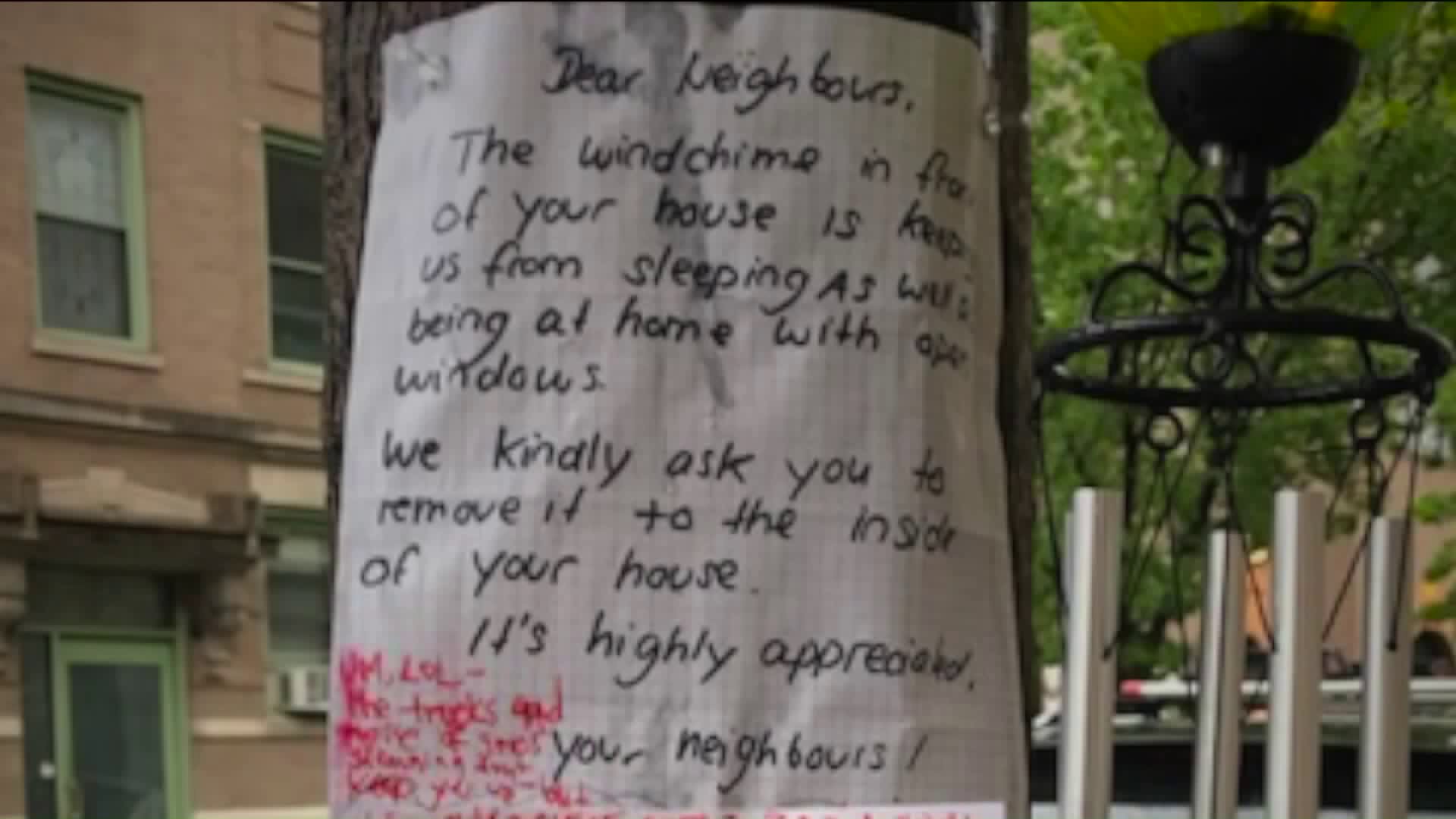 She says her neighbors should get over it.

GREENPOINT, Brooklyn — Just about everyone is chiming in over the controversy brewing on a quiet street in Brooklyn's Greenpoint.

Some residents are complaining that wind chimes hanging from a tree, are keeping them awake at night.

Christine Walczak hung the chimes as a tribute to her late mother who was somewhat of a matriarch on the block for many years. Walczak told PIX 11News she was surprised the tuneful little tubes would cause such a hoopla.

But they sure did, prompting at least one neighbor to complain that with their windows open, the chimes were anything but music to their ears, and were preventing them from having a restful nights sleep.

In a note left on Walczak's door the neighbor left a note asking her to remove the chime from the tree and place it inside her apartment. A defiant Walczak said nothing doing. She's not removing the chimes.

And she has the support of most neighbors who find the chimes rather soothing and peaceful. Walczak has un unharmonious message for her complaining neighbor, "Get over it. You live in New York."