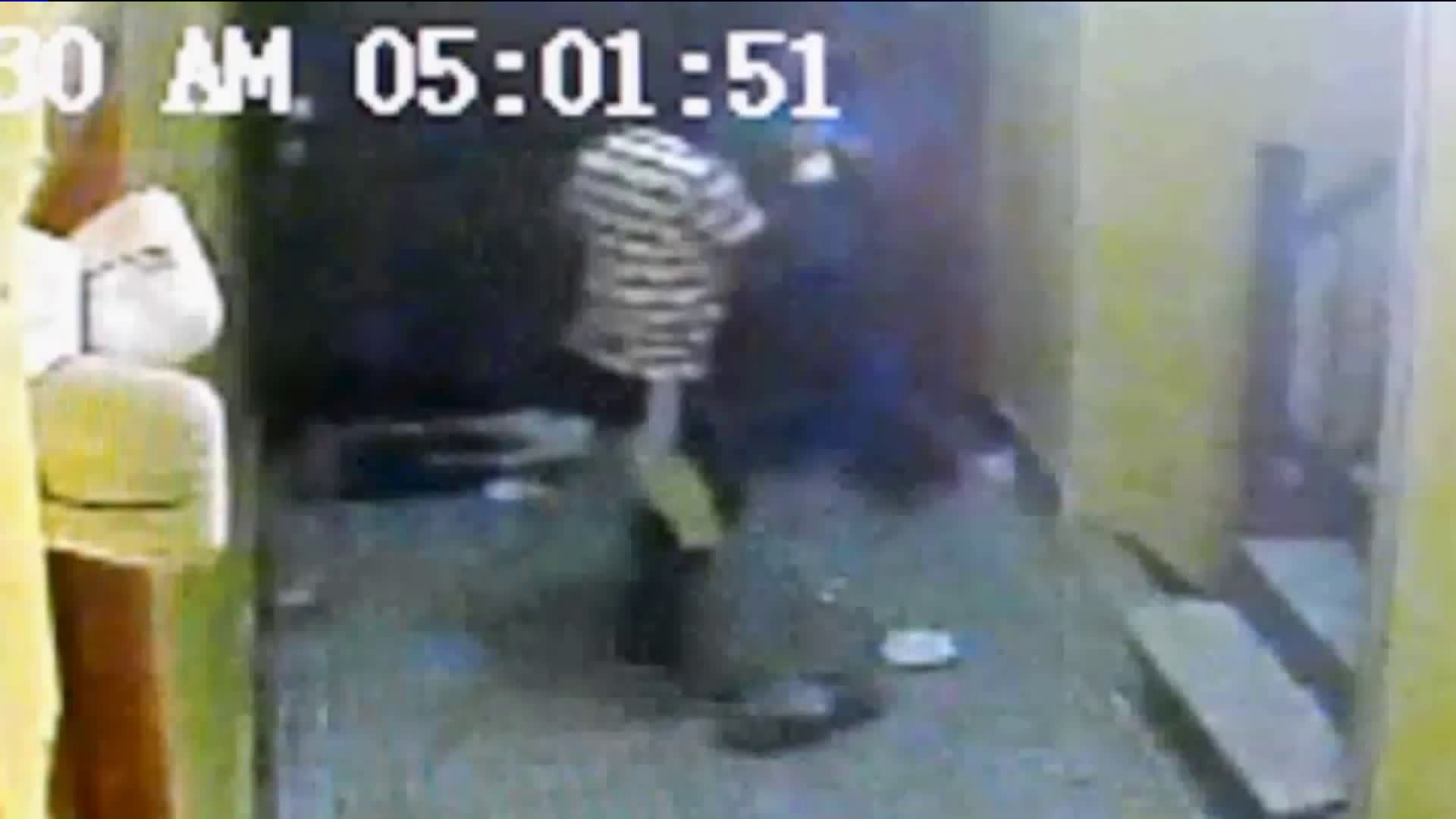 Surveillance video released Monday by police shows a man punch a 78-year-old man repeatedly in the face before throwing him into a wall.

BOROUGH PARK, Brooklyn — Surveillance video released Monday by police shows a man punch a 78-year-old man repeatedly in the face before throwing him into a wall.

The victim saw a man trespassing in the building, so he told the trespasser to leave, the victim told police.

The trespasser then retaliated.

A surveillance video shows an incident from around 5 a.m. on April 30, police said. The culprit attacked the victim inside an apartment building near 50th Street and Eighth Avenue in Brooklyn.

Nothing was stolen from the victim, police said.

The victim was treated at Maimonides Medical Center for lacerations to his face and head, but is now out of the hospital with laceration to the head and bruising to the face, officials said.

After the attack, the culprit fled the scene. Police have asked for help identifying him. He is described as being between 20 and 25 years old. The attacked is about 5 feet 7 inches tall. He was last seen wearing a black and white shirt with black pants.