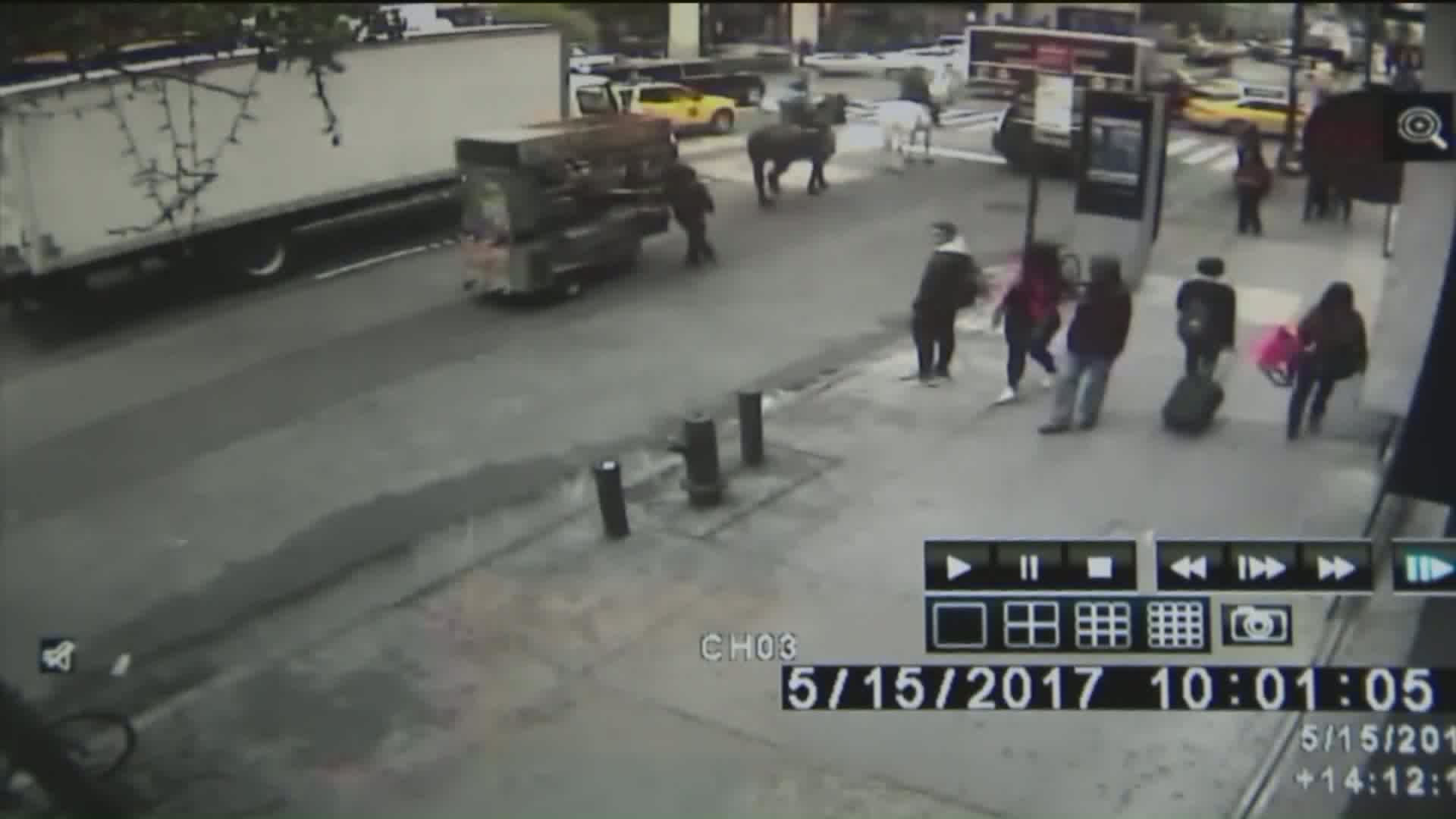 The horse was hit near Columbus Circle.

MIDTOWN, Manhattan — An out-of-control horse backpedalled in the middle of a midtown street during the Monday morning rush, authorities said.

Two horses were being taken from a nearby stable to Central Park, where they give carriage rides. It was near Eighth Avenue and 55th Street that one of the horses became startled.

Witnesses said the horse into a yellow cab and collapsed in the street, with bystanders coming together to lift the animal off the ground.

The situation has the animal rights group NYCLASS furious and reiterating what has been their concern for years: that horses do not belong in midtown traffic.