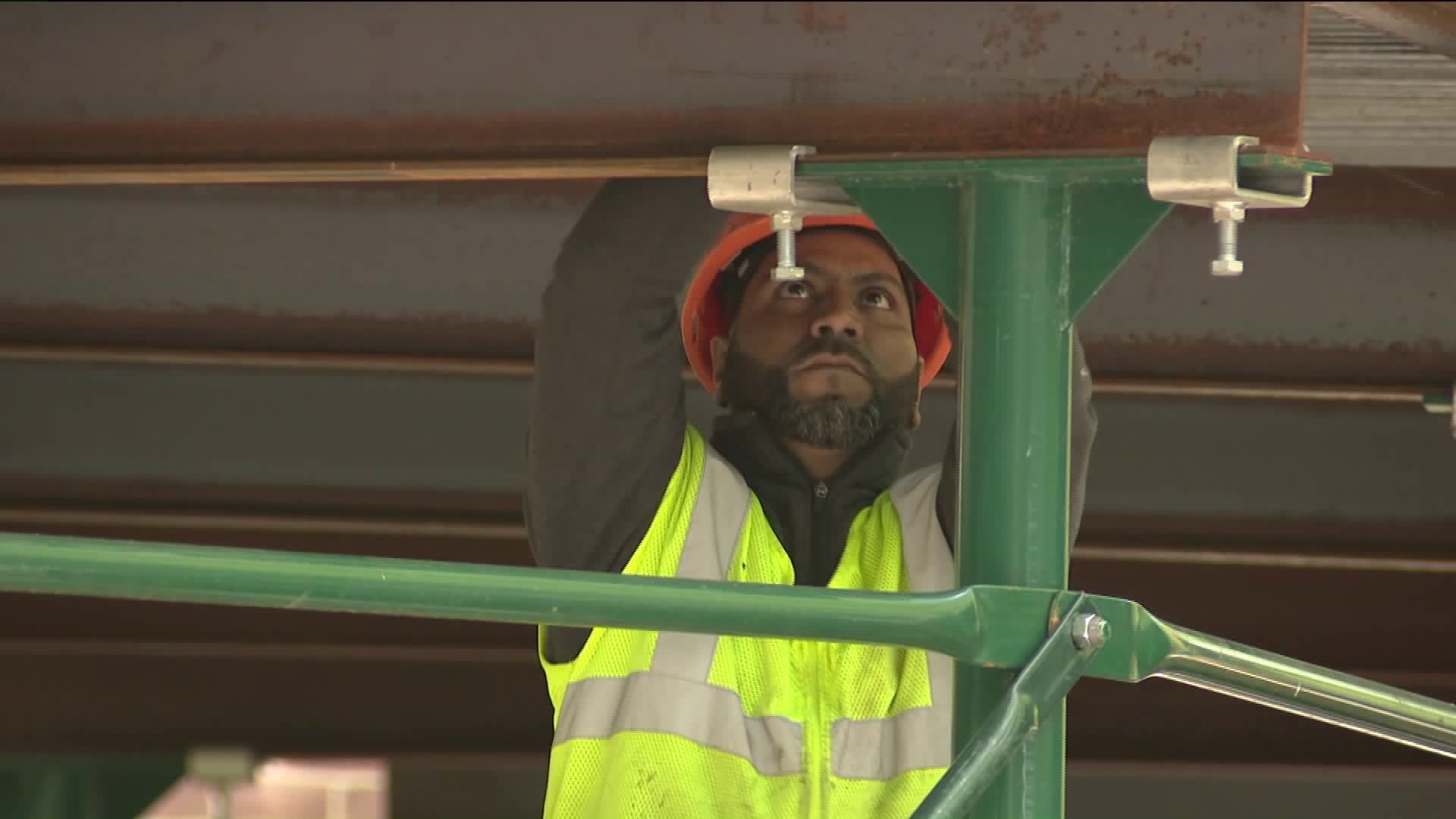 The funds are part of an ambitious 10-year plan to improve and preserve city public housing developments.

LOWER EAST SIDE - It's been two years since the de Blasio administration launched an ambitious 10-year plan to improve and preserve city public housing developments.

The program, "NextGen NYCHA," just got a huge boost. New York City Housing Authority officials marked the second anniversary of NextGen NYCHA with a big announcement this afternoon. The city will commit $355 million to replace crumbling facades on NYCHA buildings over the next decade.

They made the announcement outside the Baruch Houses in the Lower East Side. The complex, which is made up of 2,194 apartments over 17 buildings, was built in 1959.

Crews could be seen working at the Baruch Houses today.

"If we don't keep the external part of our buildings sound and dry, we can't invest inside our buildings or inside our apartments, so these are the elementary first steps in the infrastructure of NYCHA's public housing," said Deborah Goddard, NYCHA executive Vice President of Capital Project.

"If you replace roofs and replace facades, you are addressing the root causes of never-ending leaks and molds in public housing," said Council Member Ritchie Torres, who chairs the Committee on Public Housing.

Today, NYCHA officials gave PIX11 a tour of the work being done at Baruch Houses.

The view from atop one building shows the ten buildings with new roofs at Baruch. Behind NextGen NYCHA is the belief that fixing the external structures is the first step in the overall preservation of public housing.

The head of the Baruch Houses Resident Association has lived here for 60 years. He applauds the exterior work.

"We are happy to see this going on, we had a big necessity," said Roberto Napoleon.

At the same time, Napoleon adds there is so much more that needs to be done in the interior.

"Right now, we have problems with the elevators, the entrance door in every building and other problems coming in," said Napoleon.

Also of tremendous concern for tenants and city officials, is the cuts the Trump administration has proposed for HUD in 2018. The cuts would result in a $220 million (68 percent) cut to NYCHA’s capital budget.

Residents here echo the concerns. They have a message when it comes to the threat to affordable housing.

"If you don't have no place to live, it's like killing you, the federal government should know that," said Napoleon.

NYCHA houses more than 50 percent of low-income people in New York City. About 5,100 people live in the Baruch Houses.

Correction: NYCHA is receiving $355 million. The incorrect amount was in a headline, story copy and video title in an earlier version of this article.