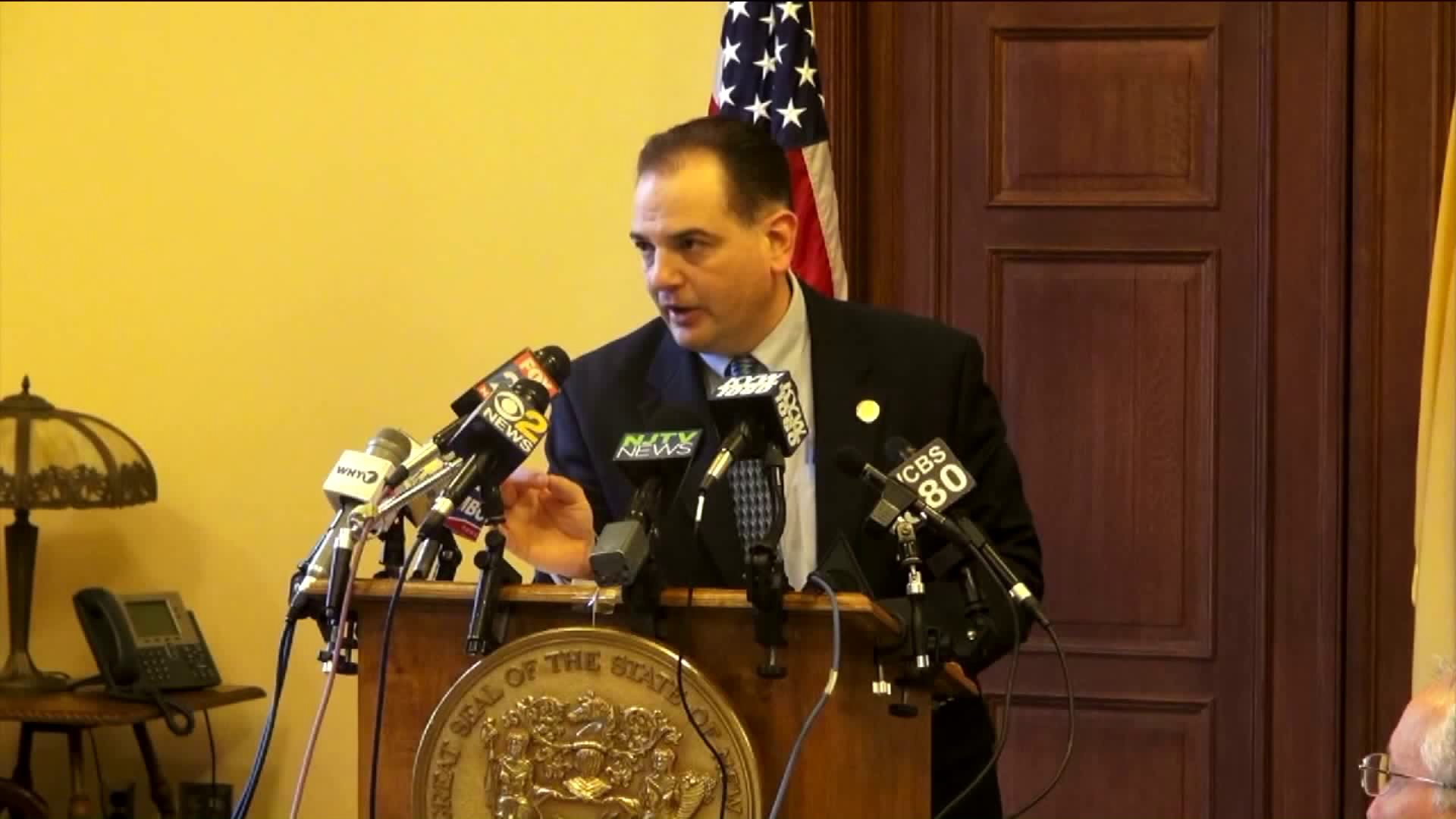 Marijuana could be grown, sold and used in New Jersey under new 60-page bill introduced Monday in the state Senate.

TRENTON, N.J. — Marijuana could be grown, sold and used in New Jersey under new 60-page bill introduced Monday in the state Senate.

Democratic state Sen. Nicholas Scutari, the legislation's sponsor, said at a news conference that the measure has little chance of being enacted under Republican Gov. Chris Christie, who opposes legalization efforts.

But Scutari said he's introducing the measure now as a way to lay the groundwork for it to be enacted by the next governor. He pointed to states like Colorado that have successfully implemented recreational marijuana laws, and he called the country's marijuana prohibition a failure.

"It is time to end the detrimental effect these archaic laws are having on our residents and our state," Scutari said.

New Jersey has legalized medical marijuana but Christie, who is leading a White House commission examining the opioid crisis in the country for Republican President Donald Trump, has been a vocal opponent of relaxing marijuana laws.

“You can’t be addicted to marijuana," said Sen. Scutari, when asked if legalization could cause a spike in drug-use, especially by young people. “This will do nothing to increase the underage usage, in fact, what I saw in Colorado, is that you see a decrease in it.”​

Scutari and other lawmakers visited Colorado to observe their practices.

"What we saw was extremely impressive," he said, calling it an eye-opening experience. "States that have legalized cannibas have not seen the doom-and-gloom scenarios that the critics had predicted."

He said legalization is working quite well in the states that have approved it, and he said public support for legalization is at an all-time high, with 60 percent of people in the United States in favor.

Democratic gubernatorial front-runner Phil Murphy has said he would support legalization and decriminalization efforts. Other Democrats running for governor, including Jim Johnson, state Sen. Ray Lesniak and Assemblyman John Wisniewski have said they would back legalization as well.

The legislation would permit possession of up to 1 ounce of marijuana, 16 ounces of marijuana-infused products in solids, 72 ounces in liquid form and 7 grams of concentrate for adults in New Jersey, ages 21 and up. It would prohibit home cultivation.

“I have no worries when it comes to cannabis," said Leo Bridgewater, a Trenton native and army veteran who said he uses medical marijuana to treat his PTSD, "my worries is more so in the opioid."

Colorado raked in an estimated $200 million in taxes from the marijuana industry in 2016, while New Jersey spends about $127 million per year on enforcement, according to a report by the ACLU. The cost-savings is something that even prosecutors in New Jersey say they can get behind.

The state would collect a 7 percent tax on all marijuana sales in the first year. The marijuana tax rate would rise incrementally to 25 percent within 5 years.

“I’m not a marijuana advocate," said Jon-Henry Barr, a ranking member of the New Jersey State Municipal Prosecutors Association. "I don’t think people should be using marijuana. But I can’t dispute that people are using marijuana and they should be doing it in a regulated fashion."

"When you go purchase alcohol, you know what the alcohol content is, it’s right on the label. You know what you’re purchasing. You know where it came from. If we did the same for marijuana, we’d all be safer.”

Some who supported medical marijuana in New Jersey say they have reservations about the bill.

"It seems very skewed towards the marijuana industry," said Roseanne Scotti​ of New Jersey Drug Policy Alliance. Scotti believes home-grown marijuana should be allowed and she says that those with prior marijuana convictions should be able to have the crimes expunged once recreational marijuana is made legal.