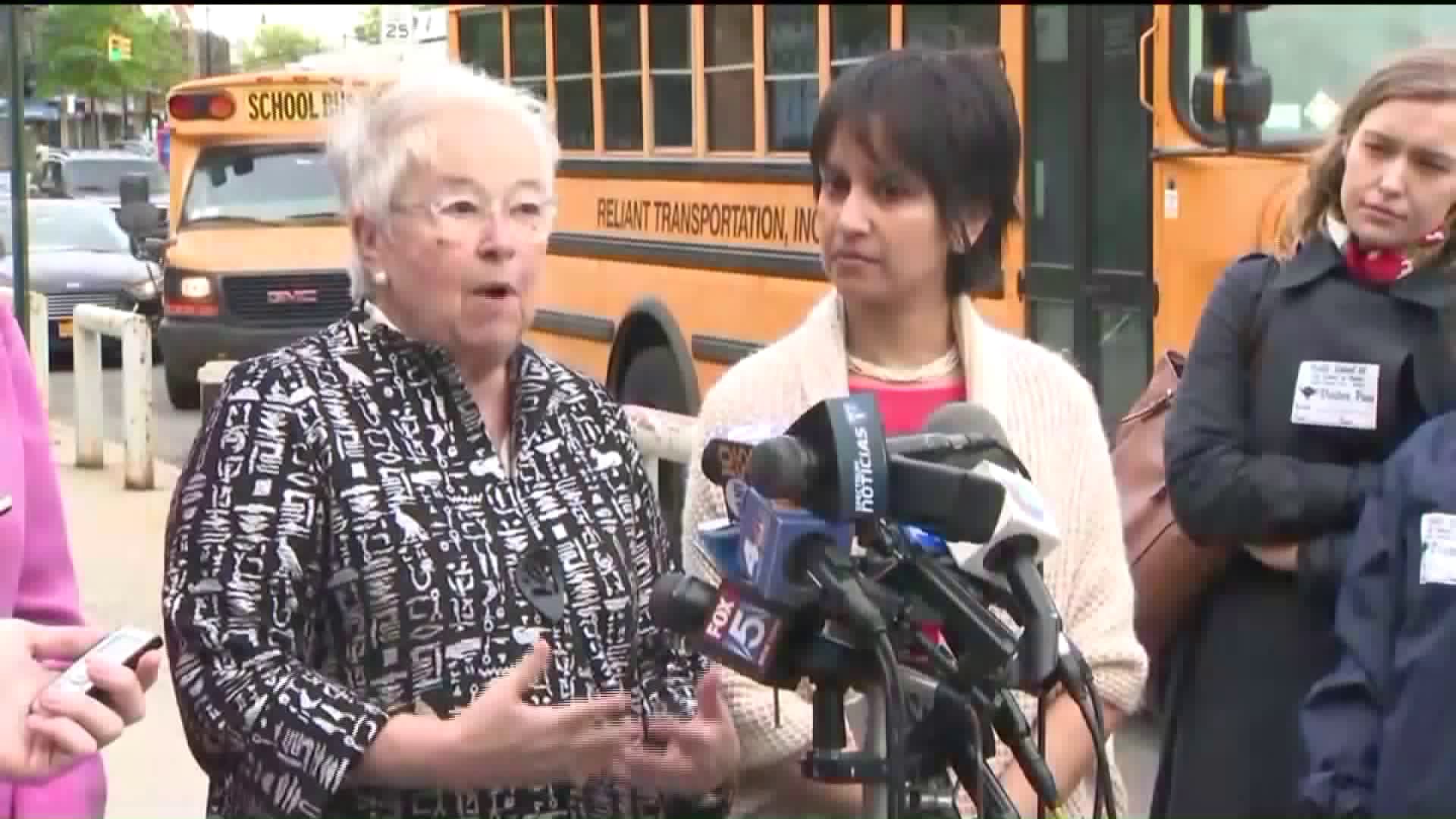 Education officials say the immigration agents asked for a student in the fourth grade.

MASPETH, Queens — A federal immigration agent entered P.S. 58 here seeking information about a fourth grade student, and now, some parents are just learning the details, even though it happened four days ago. The situation has led to concern by them, and by Mayor Bill De Blasio, who voiced his feelings about the situation in a meeting with the Homeland Security secretary in Washington on Monday afternoon. The situation has also left some immigration law experts in disbelief.

"Without the consent [of the school], " said immigration attorney Naresh Gehi, "you can't just show up at the school and say, 'Hey, I want to just investigate a case,'" he said in an interview with PIX11 News. "And the joke is," he added, "You're just going after children?"

"Is that little kid going to understand his right under the Sixth Amendment?" Gehi asked, referring to the section of the U.S. Constitution that lays out procedures for criminal prosecutions. "I've never seen this [situation] before."

Neither has Ana Collado, the parent of a kindergartner and a fifth grader at the school, which is also called School of Heroes.

"It's a little scary," she said, as she watched her children in the school playground following afternoon dismissal. "I don't know if the privacy is safe or [the government] can get any information they want," she told PIX11 News.

Her family is among nearly a thousand at the elementary school for whom the schools chancellor, Carmen Fariña, was on hand at the school Monday morning to try and calm nerves. New York City is the most ethnically diverse school district in the country, and Queens has the highest ethnic diversity of any county in the nation.

"Parents are happy to be here," Fariña said about P.S. 58 families, and then she referred to all New York City public school families. "They come from all parts of the city. I think parents really do trust us," she said to reporters outside of the school as families dropped off their children Monday morning.

However, the families may not have as much trust in the Department of Education as the chancellor may want to believe.

"We haven't received no notice or anything yet regarding the situation," said Collado, the mother of two current, as well as two past, students at P.S. 58.

That shortcoming of communication, which the chancellor disputes, falls short of what parents need now, according to immigration rights advocates.

"They want to make sure schools remain a place for education," said Walter Barrientos, a senior organizer at Make The Road New York, an advocacy group, "Not a dragnet," he added.

"The right way to do it," said Gehi, the immigration lawyer, "is to have a very polite meeting, or send a document to the school to see if the school actually wants to consent to this."

A meeting definitely occurred Monday afternoon between the mayor and John Kelly, the secretary of homeland security. Whether or not it was polite is not clear. What is is that the DOE will more strongly enforce its protocols for federal inquiries regarding individual students' immigration status.

It will require presentation of a warrant by any visiting federal official, the chancellor said on Monday. The school at which the warrant is served then must contact the DOE's legal department.

While the warrant is being considered — and it faces the possibility of being denied — the visiting agent is barred from the school building. "They have to wait on the sidewalk," Chancellor Fariña said.