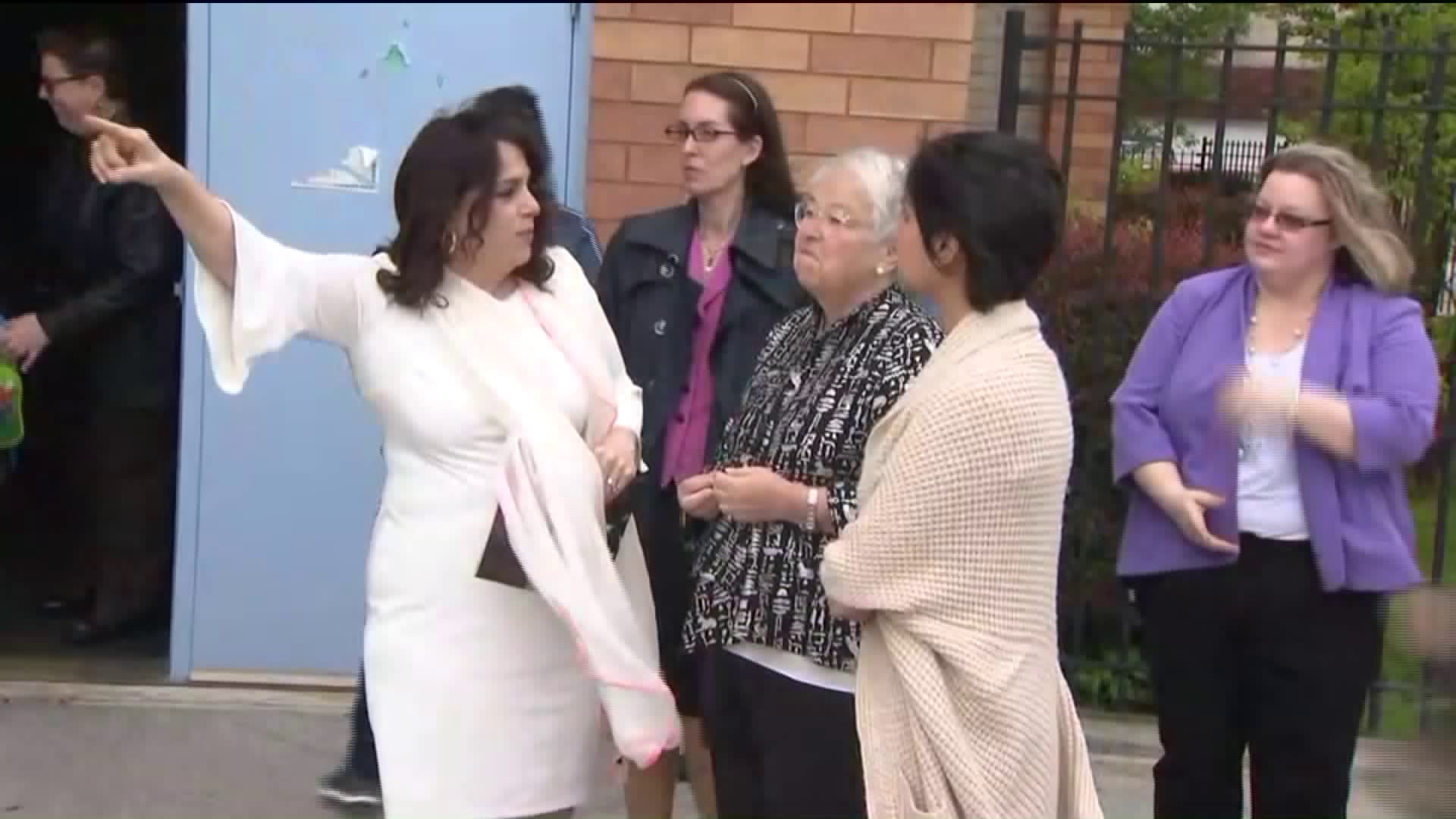 As immigration officials confirmed on Monday that two agents visited a Queens school last week and inquired about a fourth-grader`s enrollment, NYC Department of Education`s chancellor worked to reassure concerned parents that their children and safe and protected while at school.

MASPETH, Queens — As immigration officials confirmed on Monday that two agents visited a Queens school last week and inquired about a fourth-grader’s enrollment, NYC Department of Education's chancellor worked to reassure concerned parents that their children and safe and protected while at school.

Two U.S. Citizenship and Immigration Services officials visited P.S. 58 on Thursday, a spokeswoman confirmed one day after the mayor’s office said an immigration agent, without warrant, attempted to search the Maspeth school for a fourth-grade student.

Visiting a school is "not routine," but is also "not unprecedented," Immigration Services spokeswoman Anita Rios Moore said in an email to PIX11 Monday.

"I must emphasize that the purpose of the visit was to verify certain facts about the student's enrollment in relation to a request for an immigration benefit. At no time did the officers ask to see or speak with the student, who was not the subject of the administrative inquiry," Moore stated, adding that she could not discuss details surrounding the case.

The agents were not allowed beyond the school's front door, NYC Department of Education Chancellor Carmen Fariña said. The department's lawyers were also notified.

Next time, if there is a next time, the agent will be advised to wait on the sidewalk, outside of the school entirely, until the matter is investigated, Fariña said Monday.

“You have a right to go to school regardless of your immigration status,” Fariña reiterated to parents Monday, in a visit to P.S. 58, along with NYC Mayor's Office of Immigrant Affairs Commissioner Nisha Agarwal.

State law entitles students ages 5 to 21 to a free public education, regardless of immigration status.

"We're here today to really reassure parents that our school are safe, and that our children will be protected to the utmost degree," Fariña told a group of reporters gathered outside the school.

The pair are working to ensure "everyone from school custodians to the highest levels of school administration" are trained and up-to-date on the department's protocol. Letters have also been sent to all schools restating protocol, Fariña said.

Thursday's incident was dealt with "immediately," and as a “first test case," it was handled “pretty well,” Fariña said.

Agarwal is working alongside Department of Education officials to host hundreds of Know Your Rights forums and training sessions for staff, parents and students, she said Monday.

Immigration and legal services are also offered throughout the city, including at schools, Agarwal said. Anyone with questions, or seeking additional information, is encouraged to call 311 and ask for Action NYC.