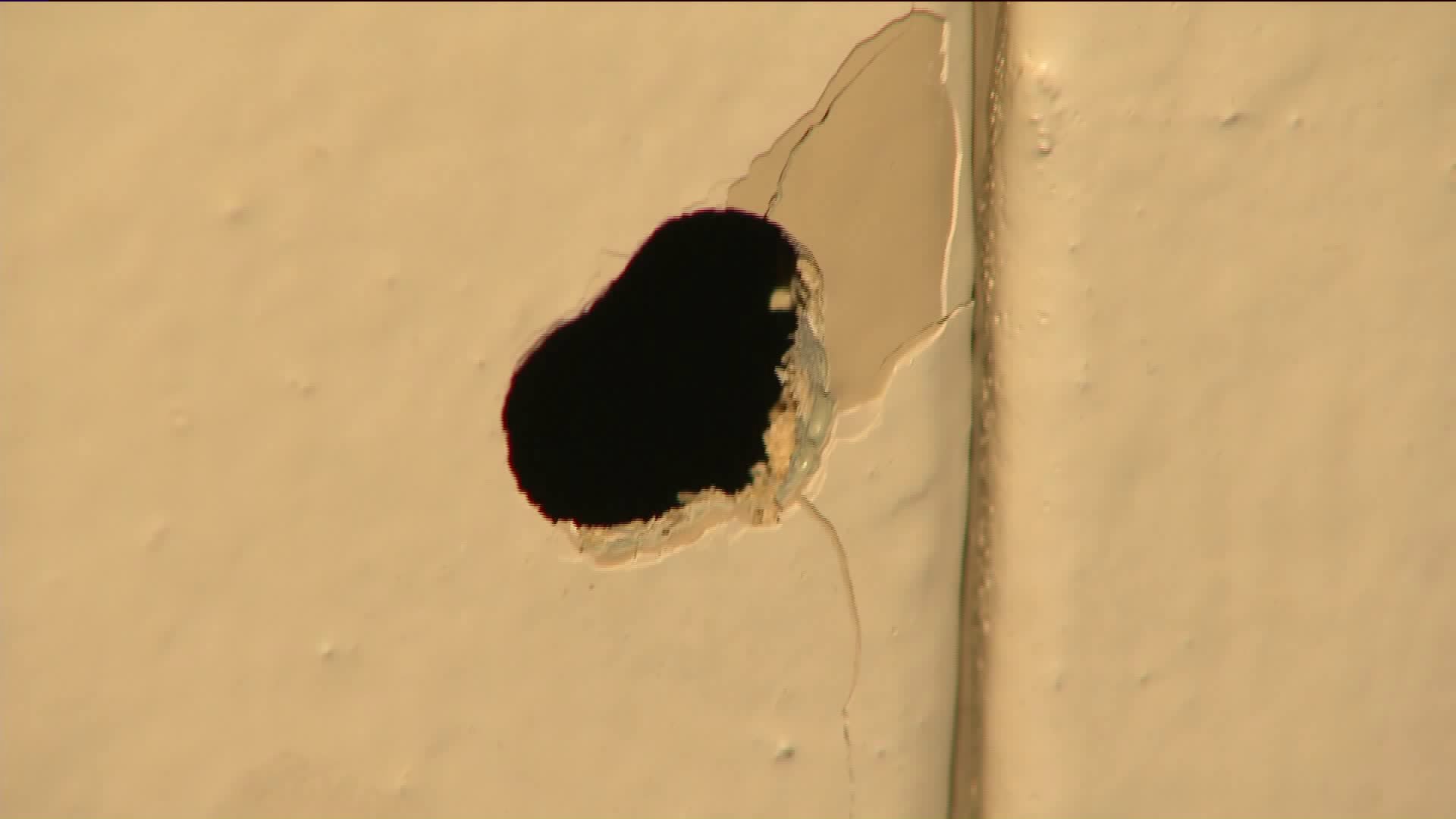 Coney Island couple are shaken after a stray bullet flew through a window in their Coney Island apartent and lodged into a closet door.

CONEY ISLAND, Brooklyn –– Isaak Ryzhik, 91, says he was asleep in his bed in the middle of the night when a bullet came through his third-floor window and lodged into his closet door.

It happened on May 1st at 3 a.m. while his 86-year-old wife, Ydif, was lying next to him. Although both were unharmed, the incident left the Ryzhiks, who lived in the Surfside Gardens housing complex for 22 years, shaken.

Isaak, who was a Russian paratrooper during World War II, says he is now fearful of leaving his apartment. Both he and wife, who only speak Russian, had Podstep help translate.

"There are fights with young people and police come," Podtsep said.

The Ryzhiks say rowdy teens are often fighting in the street below their window.

However, shootings in this area are actually down this year compared to this same time last year. There have been two shootings, four fewer than last year around this time period. And citywide, shootings are down 16 percent, 45 fewer than the 276 reported in 2016.