‘We are all one family’: Charity hockey game held for fallen FDNY firefighter William Tolley 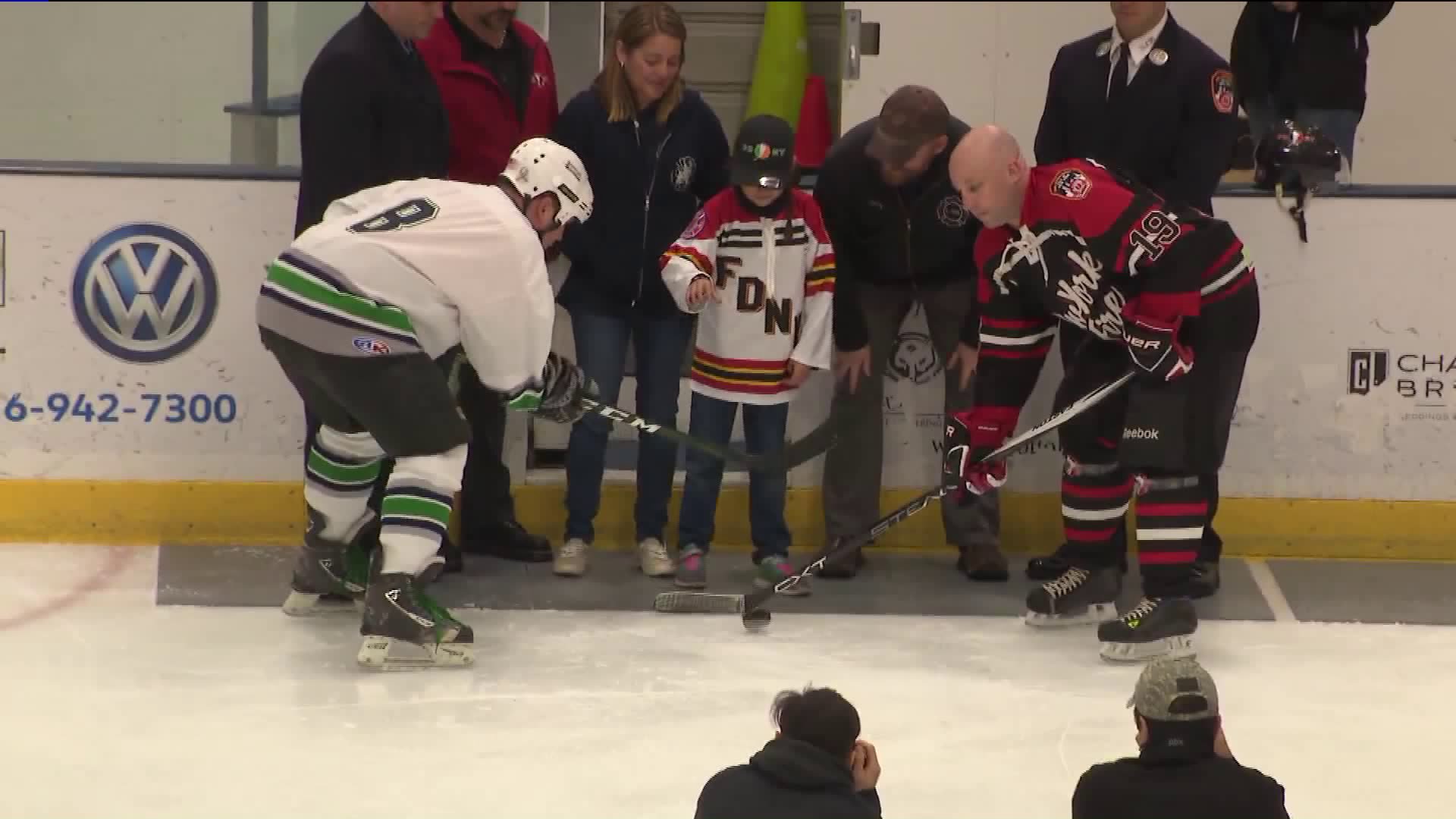 Tolley fell to his death responding to a call

EAST MEADOW, N.Y — A moment of silence was held for fallen firefighter William Tolley before a charity game between the Whalers and the FDNY hockey teams.

It's a fundraiser for Tolley's widow, Marie, and his 8-year-old daughter, Isabella, who dropped the first puck.

"I started this team for events like this," Legotti told PIX11. "We are all one family and we try to help each other."

"This means so much to me," Firefighter Tolley's widow, Marie, told PIX11. "Everyone is doing so much to help out family."

Firefighter Tolley fell to his death last month while responding to an apartment fire in Queens that was sparked by incense left burning unattended.

At his funeral, many firefighters talked about the firefighter who was also a hardcore rocker, a drummer in the band, Internal Bleeding.
"We are doing what we we can to support the family," John Sullivan, an FDNY hockey team is layer told PIX11.

The Stephen Siller Tunnel to Towers foundation will pay off the mortgage of the Tolley's home in Hicksville and many are hoping this fundraiser will help the family as well.

"I lost my brother on September 11, firefighter Michael Kiefer," Lauren Kiefer-Foley, told PIX11. "I am here today support this family because we all have to stick together."

The final score in Hockey game was FDNY 8, Whalers 5.