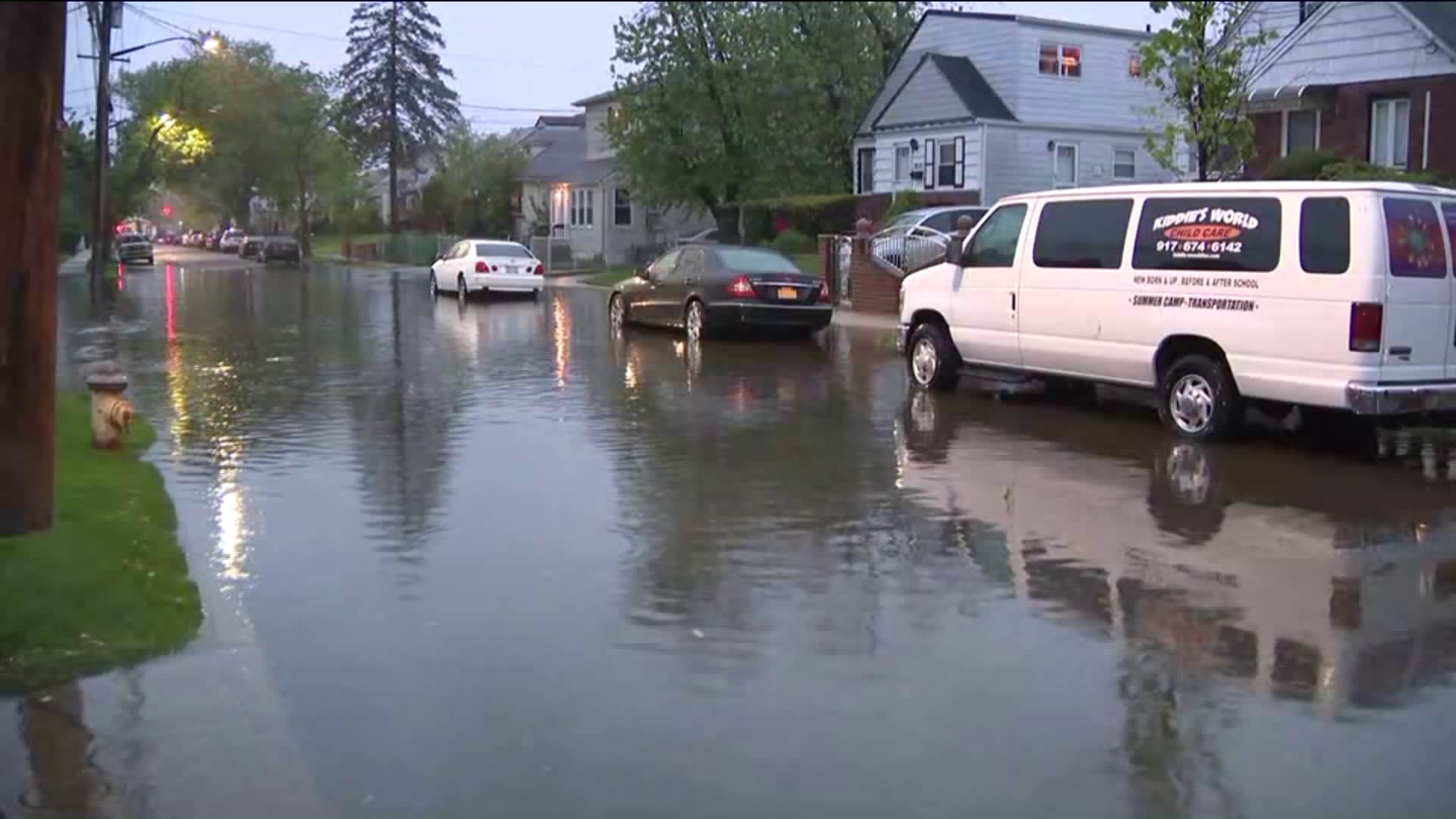 The flooding damages cars, sidewalks and on weekdays the X 63 bus can`t get through.

ROSEDALE, Queens — For almost 20 years, every time it rains really hard, the street in front of Angela Dennis's home turns into a lake of rainwater, eight inches at its deepest, spilling over onto the sidewalks on 148th Avenue, just off of Francis Lewis Boulevard.

"It's always bad, whenever it rains heavily," Ms. Dennis told PIX11. "When I look outside, I could not believe my eyes and it has been like this ever since."

Eddie Parker, her neighbor said the same thing: "every time it rains, it floods. The should do something to fix the drains," he added.

Parker's been suffering through this lake effect in front of his home for the past 15 years now.

The flooding damages cars, sidewalks and on weekdays the X 63 bus can't get through.

Seniors in the neighborhood have a particularly tough time.

Self-described community activist Carl Patterson is so frustrated with the NYC Department of Environmental Protection and their community affairs coordinator Karen Ellis.

"They sawed a cut in the middle, but they didn't' come back to finish the job," Patterson said. "It's been three years. This is a quality of life issue."

Neighbors say the city started the make repairs and then abandoned the project and abandoned these folks who say they just don't want a swimming pool in front of their homes.

"Thank you for putting this out there," Angela Dennis thanked PIX11 for coming to her block. "So hopefully they will come and fix it."

PIX11 reached out the the DEP, but so far, officials have not responded to our question on when will the drains be repaired.