Panhandler crimes in Times Square are down thanks to ‘activity zones’ 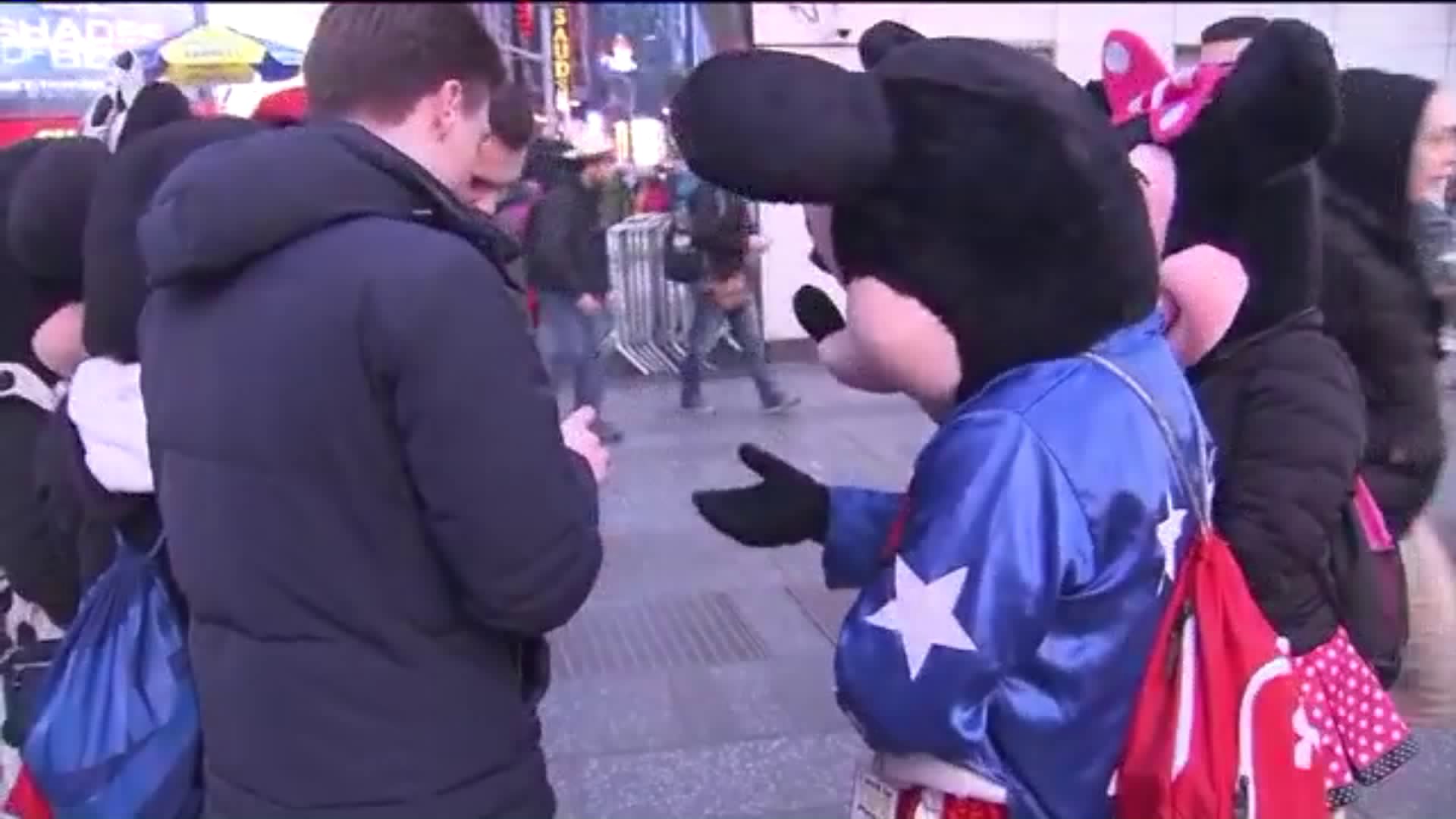 One case involved a Mickey Mouse character who allegedly stole cash from a tourist on Feb. 13.

TIMES SQUARE, Manhattan — Police say arrests of costumed characters and other panhandlers in Times Square are down considerably since the city created "activity zones."

The crackdown started last June. Characters such as Spider-Man, Elmo and the Hulk now have to keep their soliciting of money for photos to marked off activity zones.

According to the NYPD, only six arrests have been made since last year compared to 33 the year before.

The zones are an effort to rein in aggressive and at times violent panhandlers who have flooded the square, some harassing pedestrians for money. They included costumed characters and topless, body-painted women.

One case involved a Mickey Mouse character who allegedly stole cash from a tourist on Feb. 13.

Dozens of other incidents have been reported involving costumed characters accused of physically assaulting tourists in an attempt to get tip money for photos taken with them.