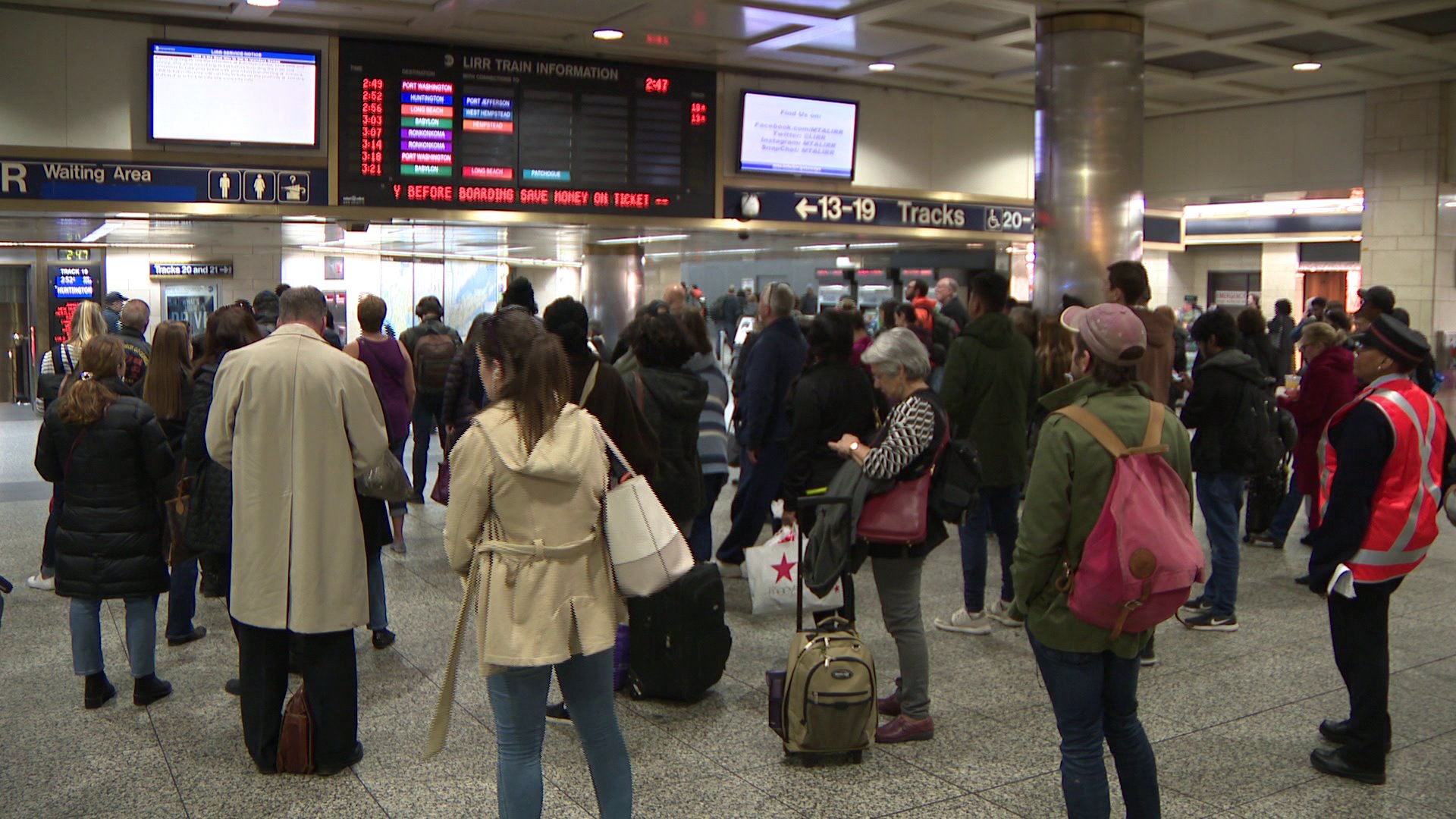 ROCKVILLE CENTER, N.Y. –– Commuters and lawmakers came together on Long Island, rallying for a "sane" commute.

Dozens rallied on Saturday near the Rockville Center train station for a sane commute, after weeks of more delays, cancellations and crowded trains, stemming from derailments, power failure, stuck trains, signal problems, burst pipes and someone falling onto tracks.

Senator Todd Kaminsky is leading the fight on Long Island.

"I promise commuters I will fight for them," Kaimsky said. "They are missing work, family occasions standing in bathrooms of trains because there are no more seats."

"Enough is enough we aren't going to take it anymore we paid enough treated like second class citizens," he said.

Earlier this week Governors Cuomo and Christie called for a private operator to take over Penn Station which is in Midtown and owned by Amtrak. It's the nation's busiest rail station, where the recent problems have hampered tens of thousands of riders of the LIRR and NJ Transit.

Amtrak is now set to begin replacing its aging tracks and other equipment at Penn Station this summer - a plan that was initially scheduled to be completed over a two-to three-year period.

Commuters, which include some of these local lawmakers, say more needs to be done, now.

"I almost got trampled running of the bulls,"Assemblywoman Michaelle C. Solages said. "People were running to get to the trains ...when I finally got there ...couldn't get onto the train."

Pete Myers has been using the LIRR since 1984 and says the last few weeks have been the worst he's ever seen.

"This really is as bad as it has been," Meyers said. "Never seen so many people with high level of frustration in a long time."

And he's not alone.

"It's so uncomfortable to have to stand in a bathroom because there is no other space to stand because the trains are so packed," said Alison Branch, who commutes from Long Beach. "This is absurd."

"It's not fair our fares have gone up so much for less," she said. "To have to miss out on work, deal with babysitters ...children waiting for you. It's horrible. A very insecure feeling. Gotta sack Amtrak."

For more information about Amtrak's scheduled repairs, visit this website.