What does Trump’s crackdown on small-time illegal drug use mean to NYC, where it does not currently result in arrest? 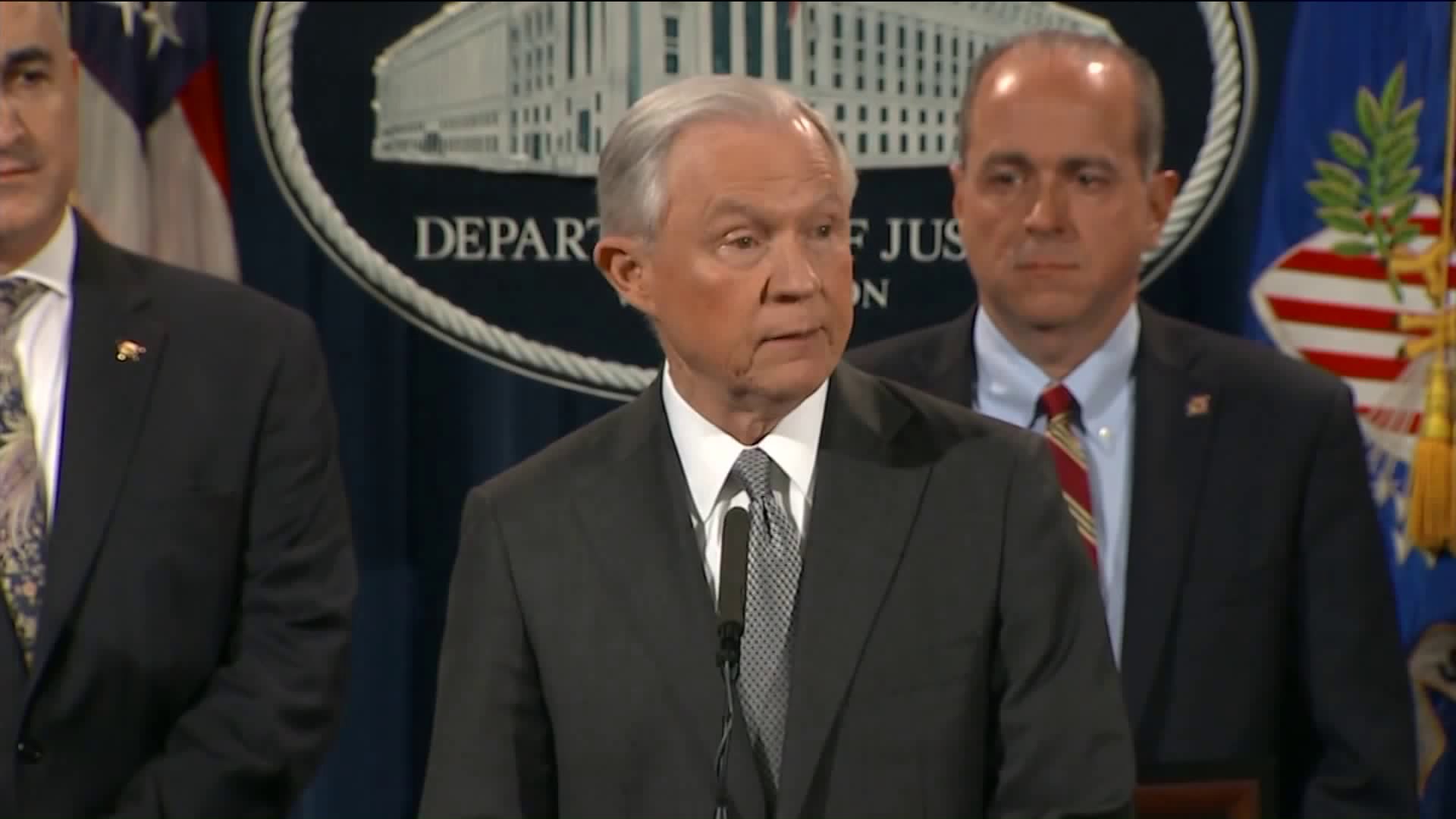 NEW YORK — Under New York City law, possession or use of small amounts of marijuana results in a ticket from police.

However, on Friday, U.S. Attorney General Jeff Sessions said that enforcement of drug laws at the federal level will now be as harsh as possible. It's a reversal of Obama Administration policy, which sought to de-emphasize criminality for non-violent drug crimes.

Despite the comparatively harsh stance that the Trump Administration Justice Department is taking, the attorney general's words on Friday regarding the policy might not seem so.

"I trust our prosecutors in the field to make good judgements," Sessions said at an appearance at Justice Department headquarters on Friday. "They deserve to be unhandcuffed and not micromanaged from Washington."

That language seems to emphasize independent thinking and action on the part of prosecutors. However, people who represent drug offenders in court, and generally fight for a broadening of rights, say the attorney general means something very different.

"It instructs prosecutors to not use their discretion, but to charge the max," said Donna Lieberman, the executive director of the New York Civil Liberties Union. "What we see is a return to a war on drugs," she said in an interview.

Specifically, Lieberman said, a memorandum from the attorney general issued to Justice Department prosecutors on Wednesday, but leaked on Friday, calls for the harshest possible drug prosecutions.

Among its directives is the statement, "Any inconsistent previous policy of the Department of Justice related to these matters is rescinded, effective today."

In response, said Lieberman, "Drug abuse is a public health problem, and to address drug abuse by locking 'em up and throwing away the key, rather than developing public health solutions, is a terrible mistake."

Currently, eight states allow recreational use of marijuana. Twenty more allow its use for medical reasons only. At the federal level, however, marijuana use is illegal.

That begs the question, will there be a crackdown on low level drug use in New York, where possession of small amounts of marijuana does not result in an arrest? The attorney general's response doesn't necessarily provide clear answers.

"Charging and sentencing recommendations are bedrock responsibilities of any prosecutor," Sessions said. "They must be permitted to apply the law to the facts of each investigation."

Sessions's comments came from an event in which he received an award from the NYPD Sergeants' Benevolent Association -- the sergeants' union. The fact that the organization that represents some 13,000 local cops endorses the attorney general is not a certain indicator of support of Sessions's change of policy, since the union is not the NYPD.

At the same time, it could be an indicator that some men and women in uniform on the street are less likely to turn a blind eye to small-time use and possession.