Town of Mahwah, N.J. orders tribe to take down tepees 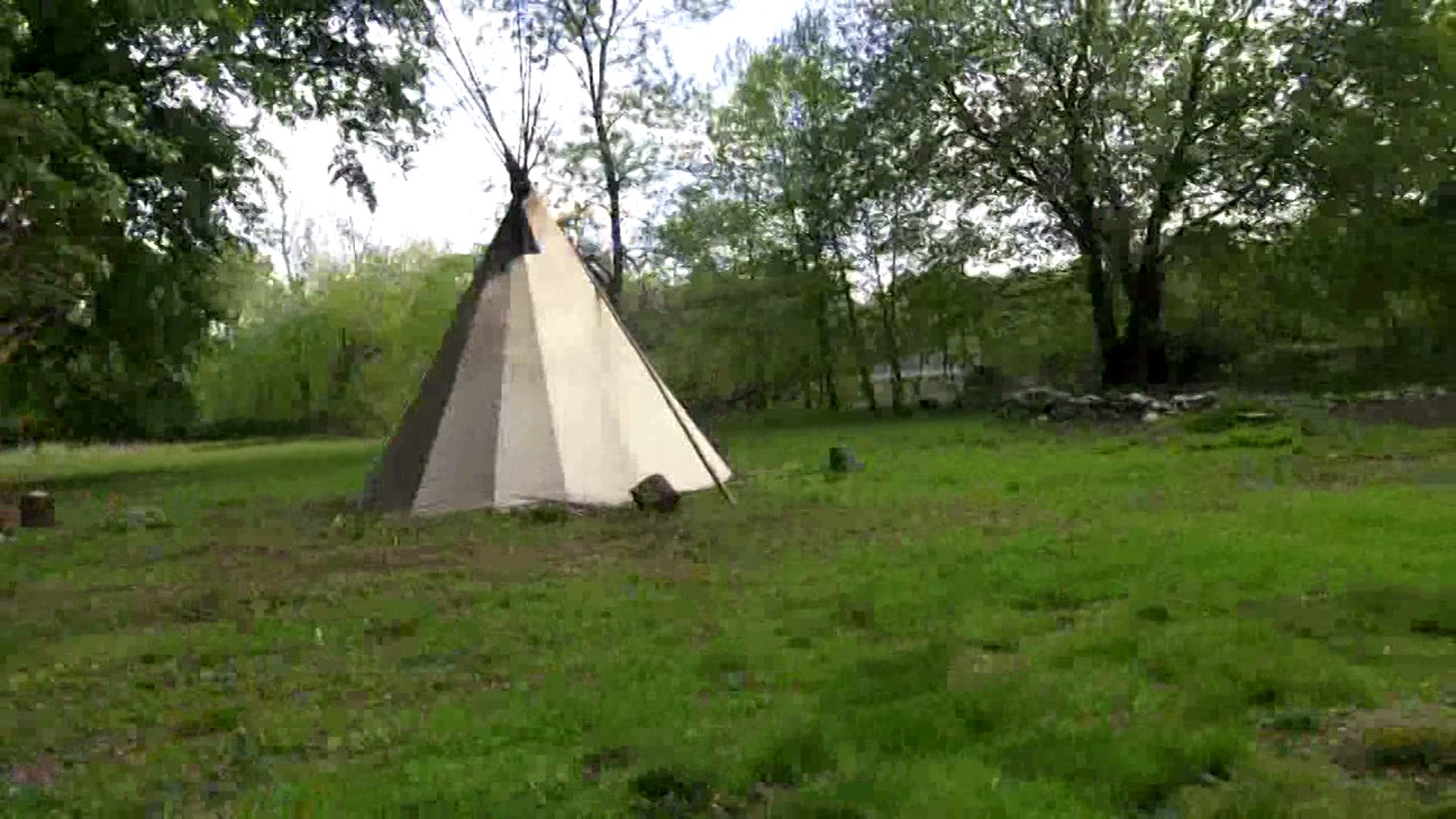 They call themselves the original people of Manhattan, who took refuge in the Ramapo Mountains

MAHWAH, N.J. — The township of Mahwah, New Jersey is ordering a Native American tribe to take down their tepees.

The Ramapough Lunaape Nation have roots in the area that date back centuries, and they say they have the right to assemble and pray on their land.

"This has been Ramapough land since before Columbus," said Owl, a member of the tribe.

They call themselves the original people of Manhattan, who took refuge in the Ramapo Mountains. The 3,000-plus tribe of modern Ramapough Lenape are now battling the township of Mahwah in Bergen County Superior Court.

The Ramapough say this is not the first time they've erected tents, tepees and totem polls on the 14,000-acre parcel they own. It falls within the Polo Grounds, which is an upscale community with large homes and well-manicured lawns. Neighbors have complained about the camp and the town has issued the Ramapough municipal summonses.

"Unfortunately, there has been bit of racism and lets be honest with ourselves, classism. They look down upon us," said Owl.

But town officials say they're treating the Ramapough the same as any other resident.

"No person and no organization is above the township zoning laws," said Mahwah Councilman Rob Hermansen.

The township order directs the Ramapough "...to immediately remove any and all structures located on the Property that were constructed in violation of the Township's Zoning Ordinance..."

The Ramapough said none of the structures they set up for prayers, ceremonies and environmental education are permanent. The Ramapough are seeking a religious use variance.

The tribe began setting up teepees at the site in October, when environmental and indigenous rights supporters assembled on the property to stand in solidarity with Standing Rock Sioux protests against the Pilgrim Pipeline.