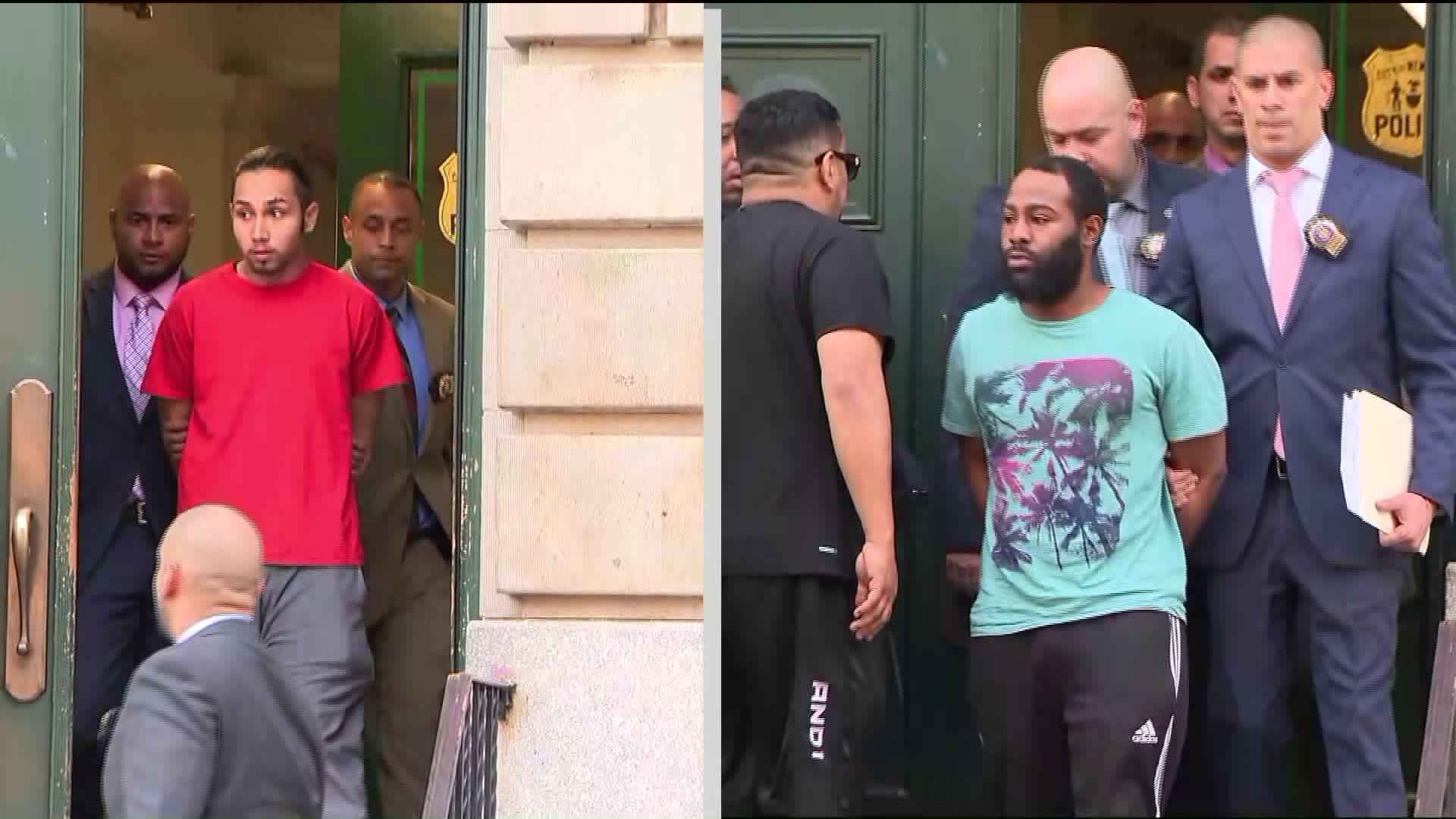 THE BRONX –– As NYPD detectives escorted suspects Enrique Foote and Octavious Profit out of the 40th precinct station house Thursday evening, PIX11 posed to both of them a single question.

But we will get to that in a moment.

First we need to go back to last week, at the corner of East 149th Street and Third Ave, in the tough Melrose section of the Bronx.

This is where cell phone video recorded a confrontation between 53-year-old street vendor Souleymane Porgo, and three suspects.

Police say Porgo confronted one of them for trying to steal a purse from his vendor table.

Minutes later, this; 21-year-old William Burgess - in the red sweatshirt, delivered the first punch. Then the eighteen-year old Foote, in the burgundy pants, came in with the second punch.

Finally, 24-year-old Profit, is seen delivering the third and final punch, before walking away, toward the camera, while taking a bite out his food.

His fellow street vendors - are both angered - and worried.

“Actually, you do have to be very vigilant about the whole situation when you are out here. because you have to protect your merchandise, and you have to protect yourself. so, you know, you got guys running around - they think they’re fingers is quicker than your eyes. and sometimes they like to pick up your stuff - and stuff like that,” said fellow street vendor Robert Daly.

To the delight of his family and friends, Mr. Porgo - who suffered a fractured skull and was on life support, has since regained consciousness in area hospital.

“I was able to talk to him. He moved his leg, he moved his arm. I actually held his hand,” said Gnande Ambroise of the African Advisory Council.

Then, on Thursday, detectives picked up both Foote and Profit.

“This is our source of living," said street vendor Prentiss Hedrington. Some people actually take it for granted as, 'Oh, these guys are out here stealing, and they’re making a sale.' but we actually purchase these items.”

A week after the attack, there’s a message of hope for Mr. Porgo’s recovery on the sidewalk where Mr. Porgo sold his goods for the last several years.

Now that we put the arrests in context. Let’s get back to the single question we asked Profit and Foote, as they were led out - in handcuffs.

PIX11 simply asked them, “Any regrets?”

They both remained silent as detectives stuffed them into police vehicles.

Police are still looking for two more attackers in the beatdown.