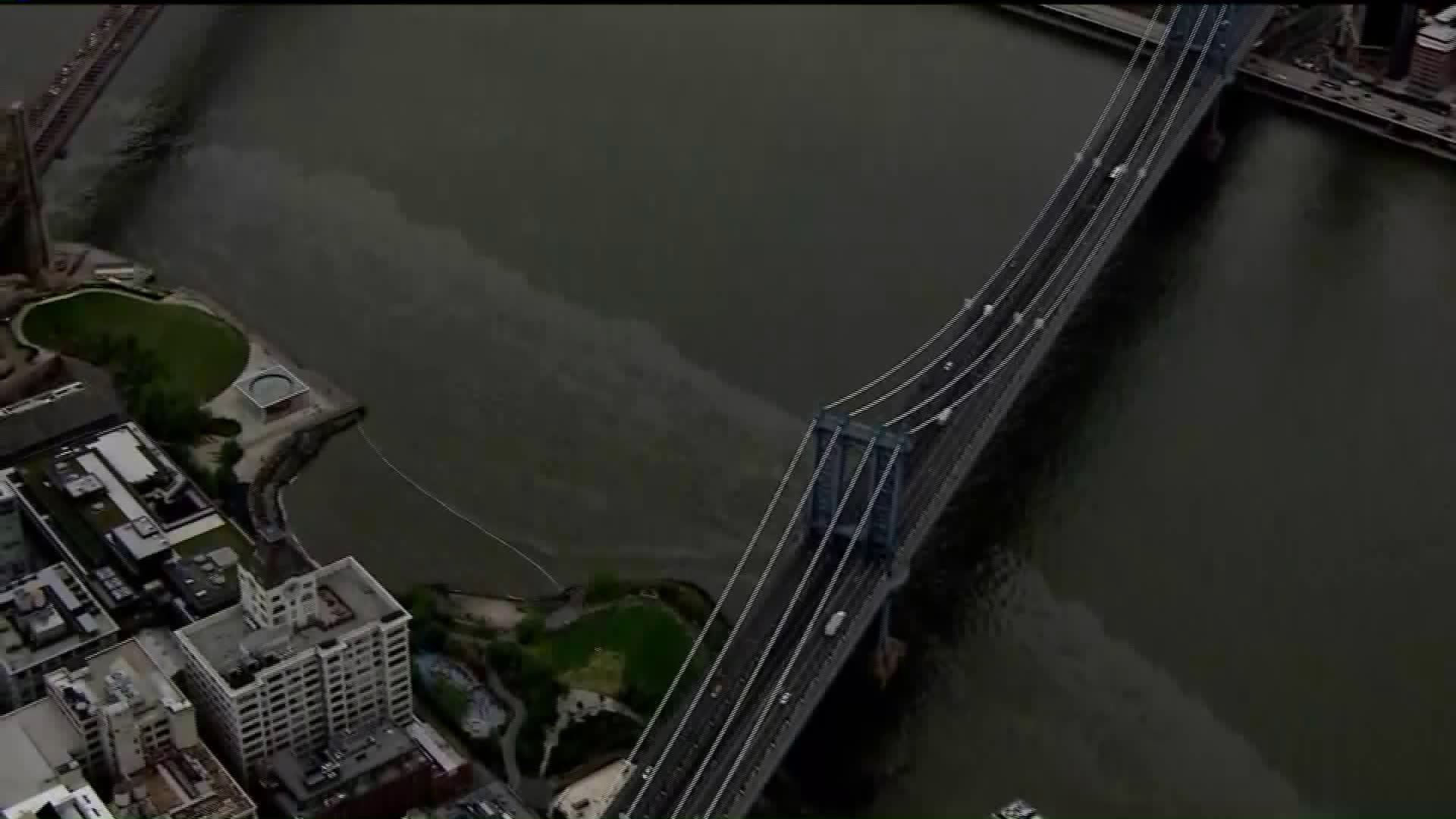 The oil was released into the station property and the East River. It seeped into the ground as it moved to the riverbank.

BROOKLYN, N.Y. — Hundreds of Con Edison employees and environmental contractors continued Friday to clean up the mess created from a transformer malfunction that poured thousands of gallons of oil into the East River earlier this week.

The transformer had 37,000 gallons of the insulating oil and about 6,400 gallons were recovered from the damaged equipment, according to Con Edison. The rest of the oil was released into the soil and the East River.

Con Edison said it does not have an assessment of how much oil was released into the river.

Since a Con Ed transformer failed and ruptured Sunday, Con Edison has been removing oil-soaked soil from the river bank and deployed 4,000 feet of boom, absorbents and skimmers.

Joining the utility agency in the clean up are city, state and federal agencies, including the U.S. Coast Guard and New York Department of Environmental Conservation.

As the cleanup efforts continued, a potential nor'easter moved toward the region, threatening to dump 1 to 2 inches of rain. The looming weekend weather prompted crews to cover and secure the spill site so oil won't spread the farther down the river.

The oil can impact fish or wildlife if there are high concentrations in the water. Tested oil samples collected during cleanup were found to pose minimal hazard to the public, Con Ed said. The general public was advised to stay out of work zones and avoid direct contact with the area.

The Coast Guard has issued reduced speed restrictions for commercial vessels, and has banned recreational vessels from the restricted areas.

"We deeply regret this happened and we are doing everything possible to make sure we conduct the cleanup as safely, throughly and quickly as possible," said Andrea Schmitz, vice president of Environment Health & Safety for Con Edison.

"We are grateful to the U.S. Coast Guard, the New York State Department of Environmental Conservation, New York City Emergency Management and all the other agencies for their assistance, and we appreciate the patience of boaters and the community."