‘Avocado Hand’ injuries are on the rise 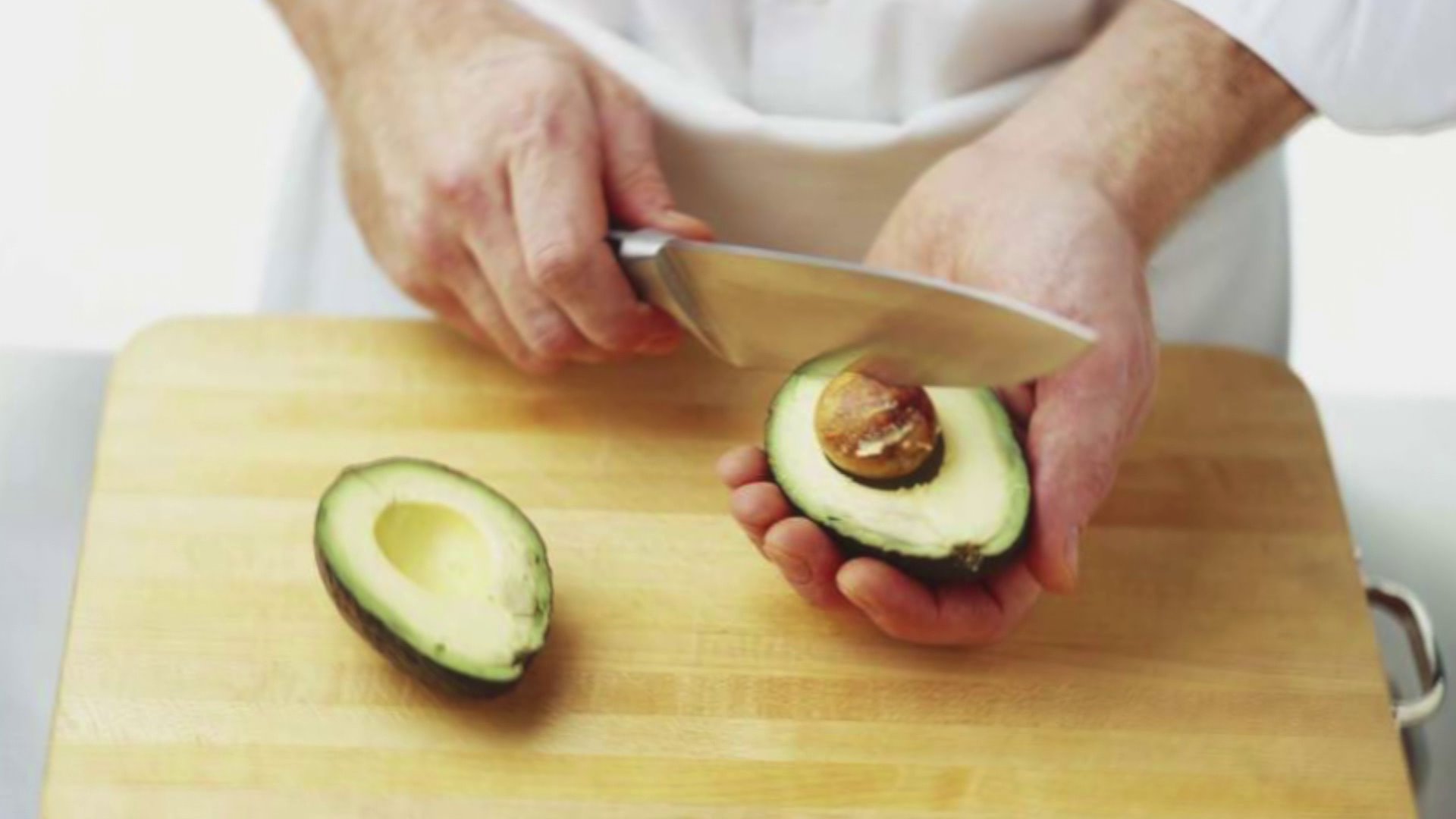 NEW YORK — Avocados seem to be everywhere these days.

You can find the superfood in many dishes on many menus city-wide. New Yorkers are in love with avocados!

But with that love, comes pain. Turns out a lot of people don’t know the proper way to pit an “alligator pear.” Some are ending up in the ER over it. One group of doctors is saying avocado-related injuries are on the rise.

The Times of London reports the British Association of Plastic, Reconstructive and Aesthetic Surgeons has seen a global phenomenon of people mishandling the fruit, resulting in cuts, slashes and stabs to the hand. They even have a name for it. They’re dubbing it the “Avocado Hand.”

PIX11 went to Calico Jack’s Cantina in Midtown East for a lesson on how to properly cut open an avocado. Restaurant general manager John Ciccia demonstrated the technique.

“You want to cut at the smallest end and you want to follow through all the way around trying to keep a straight line. Then you want to give it a little bit of a turn, a little twist, you open it and you have a beautiful avocado. Then you take your knife on the pit and with the same technique just turn it and it’s out. Then you put a spoon in and it comes out nice and beautiful just like that,” said Ciccia.

According to the Haas Avocado Board, New York is second, behind only Los Angeles, in the ranking of cities where most avocados are consumed. At Calico Jack’s, they serve avocado salad, avocado in tacos, in quesadillas, and the list goes on.

But the most popular avocado-item on the menu is of course, guacamole.

“We get about 20 to 30 orders of guacamole a day. We go through at least 250 avocados a week. Almost every dish we have has avocado in it in some way,” said Ciccia.

An avocado is considered a fruit. It’s high in good fats and healthy oils. Ciccia is unabashed about his love for avocados.

Beneath the rough green exterior, is a rich, meaty middle. “It’s beautiful and creamy it just has such a creamy texture to it and there’s nothing like an avocado, so delicious,” said Ciccia.

Mexico remains the world’s largest producer of avocados. Prices have been skyrocketing in recent months. The price hike has been blamed on surging demand and a smaller crop in Mexico and California.