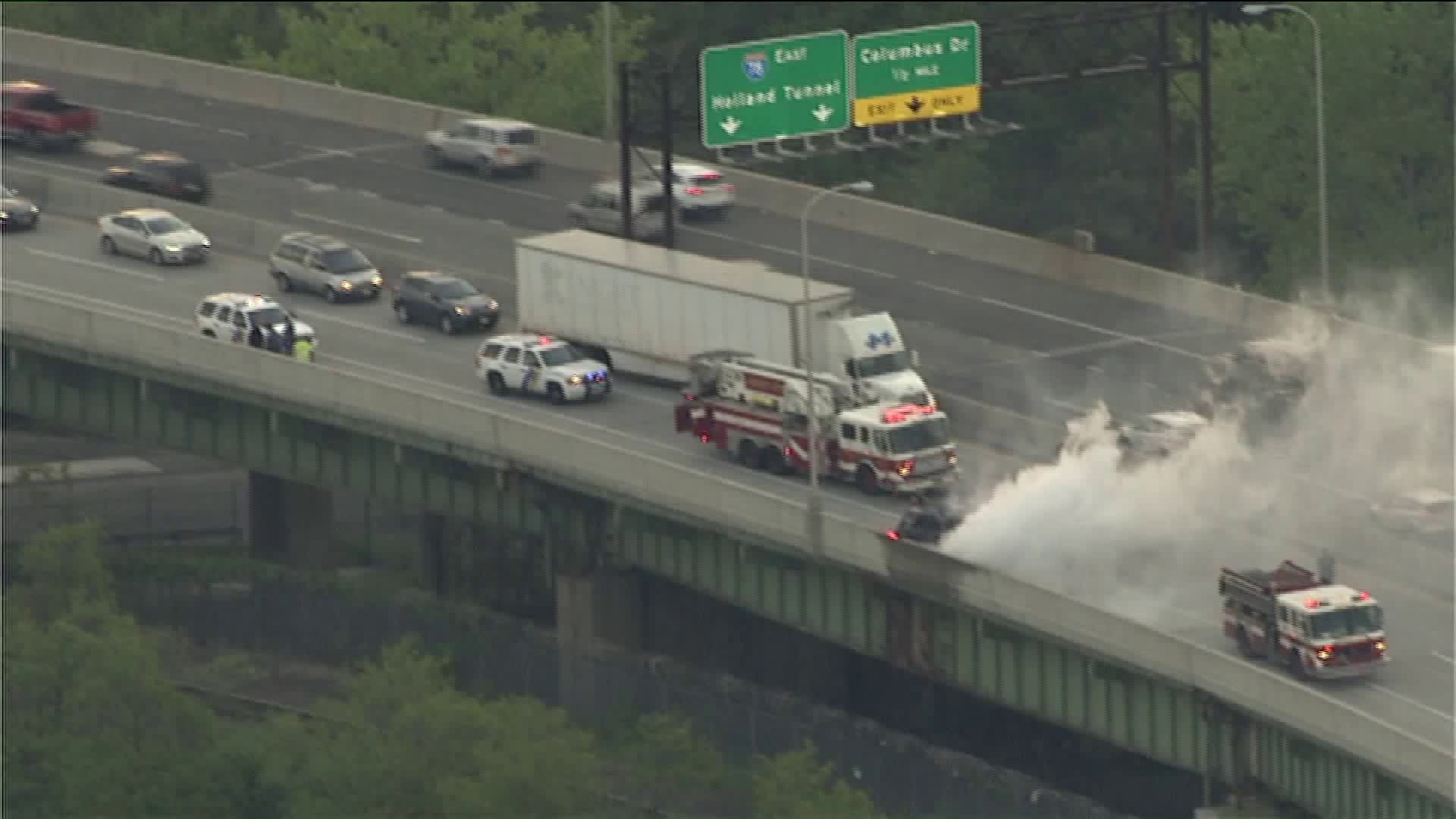 A vehicle fire prompted a response from fire crews and the temporary closure of the New Jersey Turnpike`s Newark Bay Extension during the Thursday morning commute, AIR11 video shows.

AIR11 captured footage of the blaze shooting plumes of black smoke into the air and causing a full closure of westbound lanes as of 6:10 a.m.

Multiple fire crews were on scene, and the fire was out in minutes.

One lane reopened within 10 minutes, but traffic remained backed up.