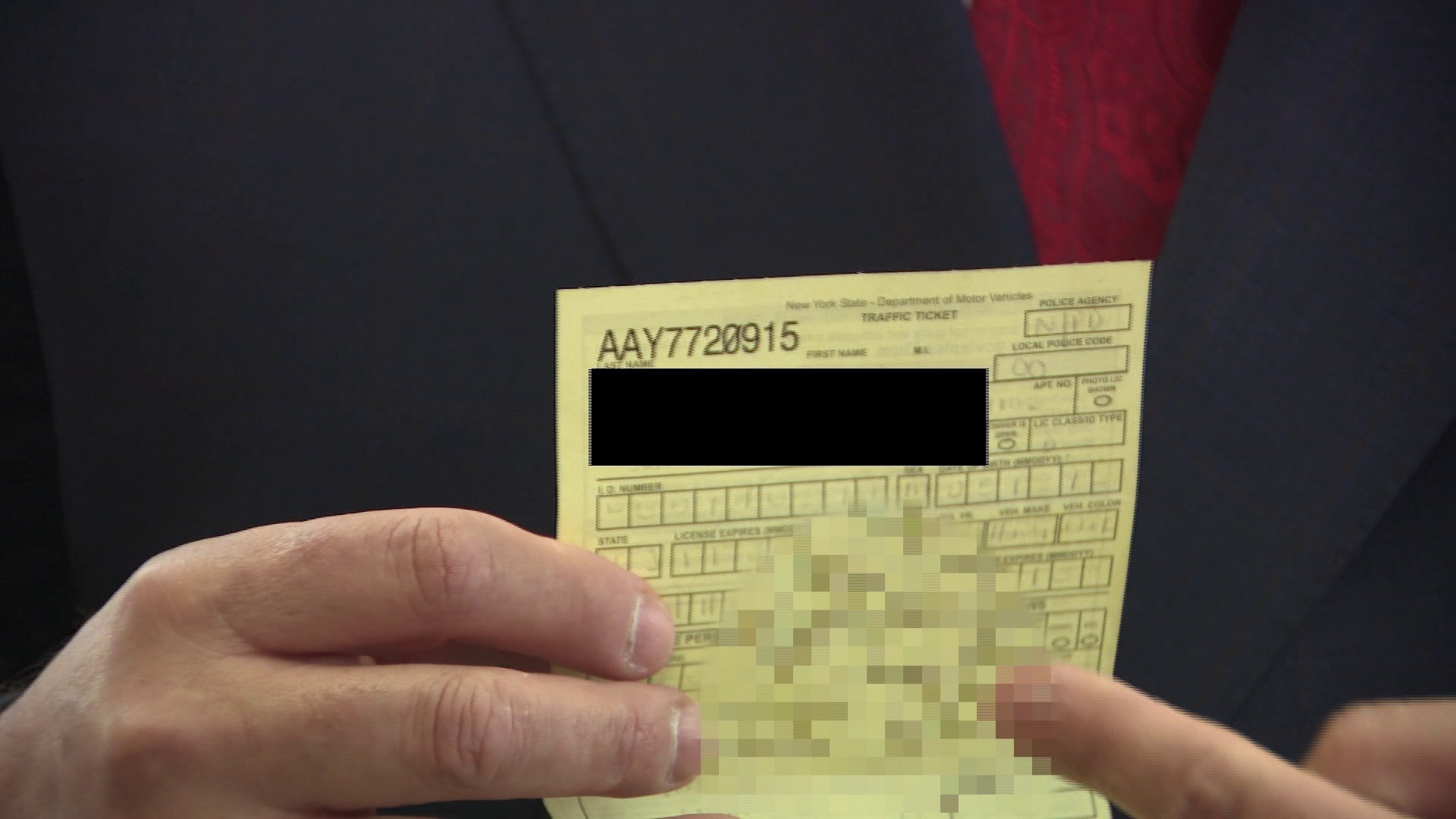 A man was shocked when he saw what was drawn across his parking ticket.

FORDHAM MANOR, The Bronx — A motorist in the Bronx says that it's bad enough that he keeps getting pulled over by police, and charged with minor infractions which he can prove are not true.

However, when the most recent ticket he'd received had something scrawled on it that the man, and the private investigator he's hired, felt was an inappropriate, he had to take action, he said. It's led to an internal investigation at the NYPD.

"When I saw that, my reaction was like, 'Wow,'" said Ramon Rodriguez, the motorist, in an interview. "How disrespectful. I felt really disrespected."

"When I open up the ticket, there you go," said Rodriguez. "A penis on the ticket."

Manuel Gomez is a private investigator Rodriguez hired, because Gomez has other cases involving local traffic stops where, he says, there was no, or false, probable cause.

"See that number?" Gomez told PIX11 News, as he pointed to the reference number at the top of the traffic ticket in question. "That number goes to a booklet of tickets. Each cop has to sign for the booklet of tickets. So this will show which cop it belongs to. Now I've got 'em."

However, Gomez quickly found out, there was one problem. The identification number listed on the ticket for the issuing officer does not match any officer in the 52nd Precinct, whose officers wrote the ticket.

"I've already now verified the police shield they put on [the ticket] belongs to a cop who works in [the] transit [division of the NYPD]," said Gomez. "It's not even the same cop."

The NYPD, in email correspondence with PIX11 News, said, regarding the traffic ticket, "That number [PIX11 News] provided does not appear to be a valid summons [number]."

Every NYPD violation ticket is written in triplicate. Rodriguez has his copy of it. There is apparently no record of the two copies which the issuing officer is supposed to file with the city.

The NYPD also said, in another email, that "the matter is under internal review."