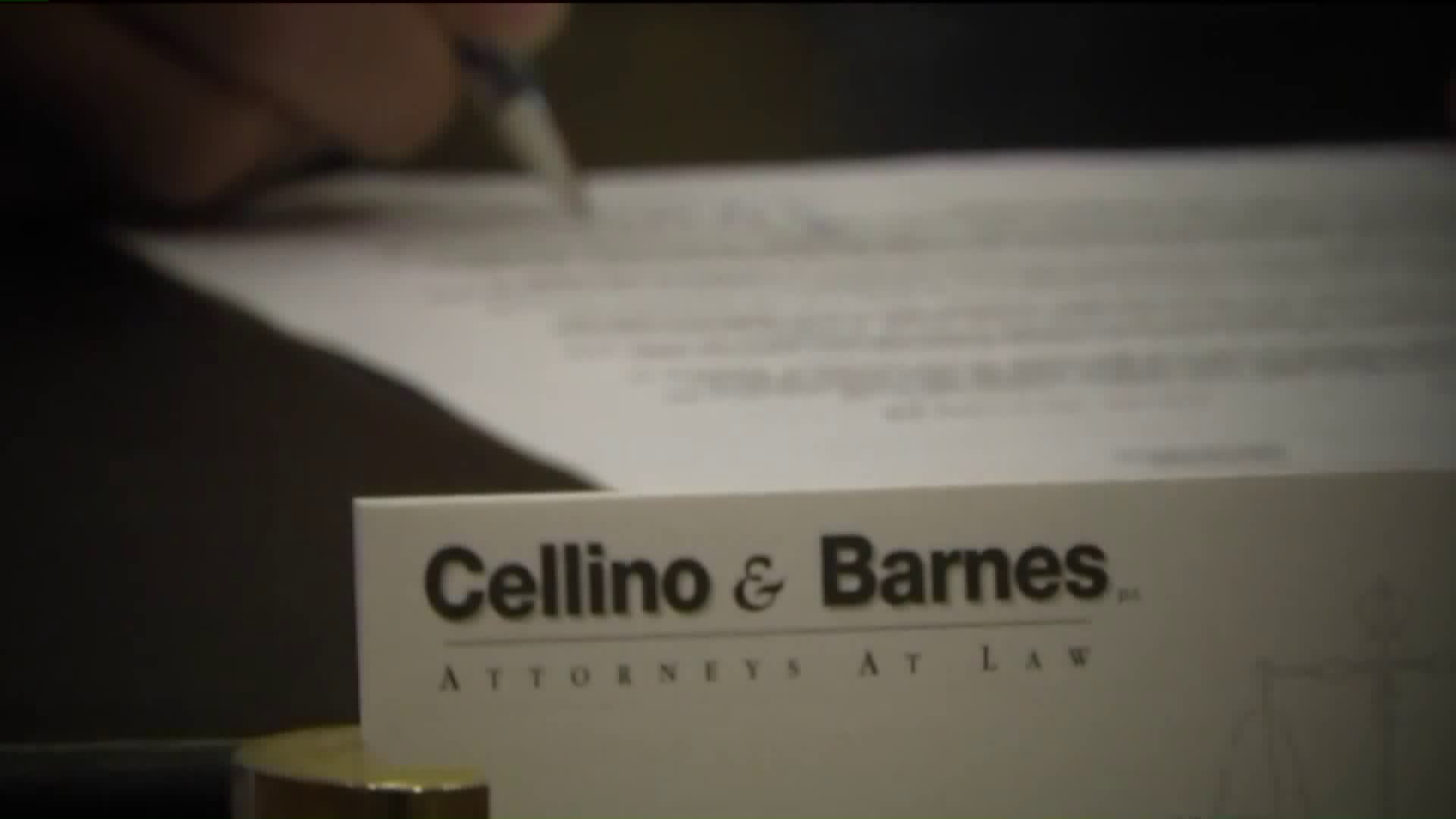 This week the future of iconic law firm Cellino & Barnes is in question.

NEW YORK — They're part of New York and cities across the country where they advertise heavily with a jingle that's widely recognized, but this week the future of iconic law firm Cellino & Barnes is in question.

In a statement to PIX11 News, the law firm said it is continuing to "operate around the clock in a fully functional manner" in light of the filing, which it says the firm will "aggressively oppose."

The current heads of the company are well-known in New York and California, where they appear in billboards and TV commercials featuring their catchy "Call 8" jingle advertising their phone number -- 800-888-8888 -- across several channels, including PIX11.

It's unclear why Cellino is suing Barnes. WGRZ reports that a judge has sealed most of the documents pertaining to the case. Barnes is set to appear in court on May 19 to argue against the dissolution of the company, WGRZ reports.

Cellino & Barnes is one of the largest personal injury firms in the nation, according to its website. It has offices throughout New York City, Long Island, Buffalo and in California. The legal duo claims to have won more than $2 billion in settlements and verdicts since its founding in 1958.