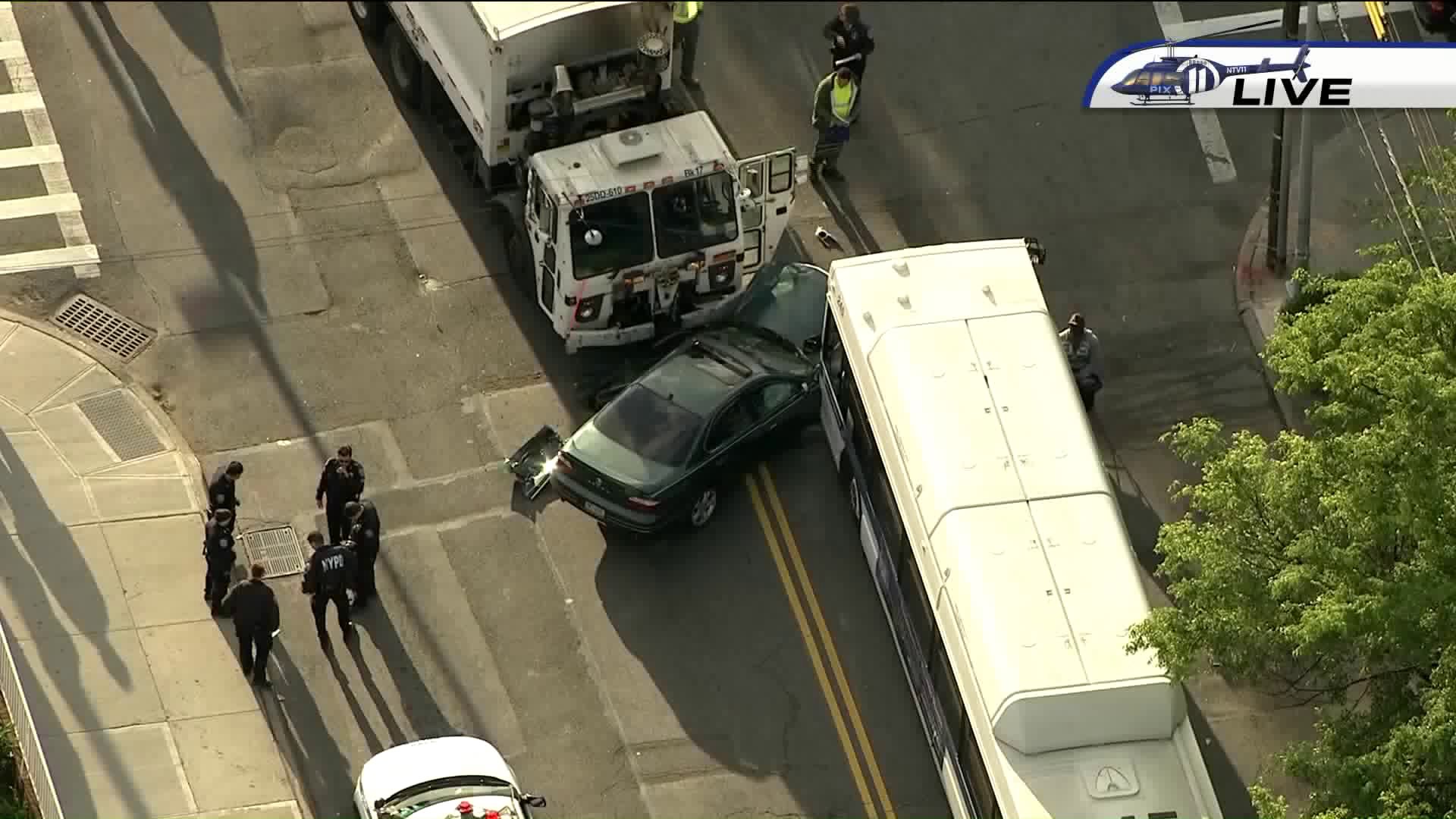 At least 15 people were hurt in a crash involving a sanitation truck, bus and a car. (Air11)

It happened on Avenue D and East 40th Street in East Flatbush.

FDNY says 15 people were hurt, but only 2 of the victims had serious injuries. None of the injuries are considered life-threatening.