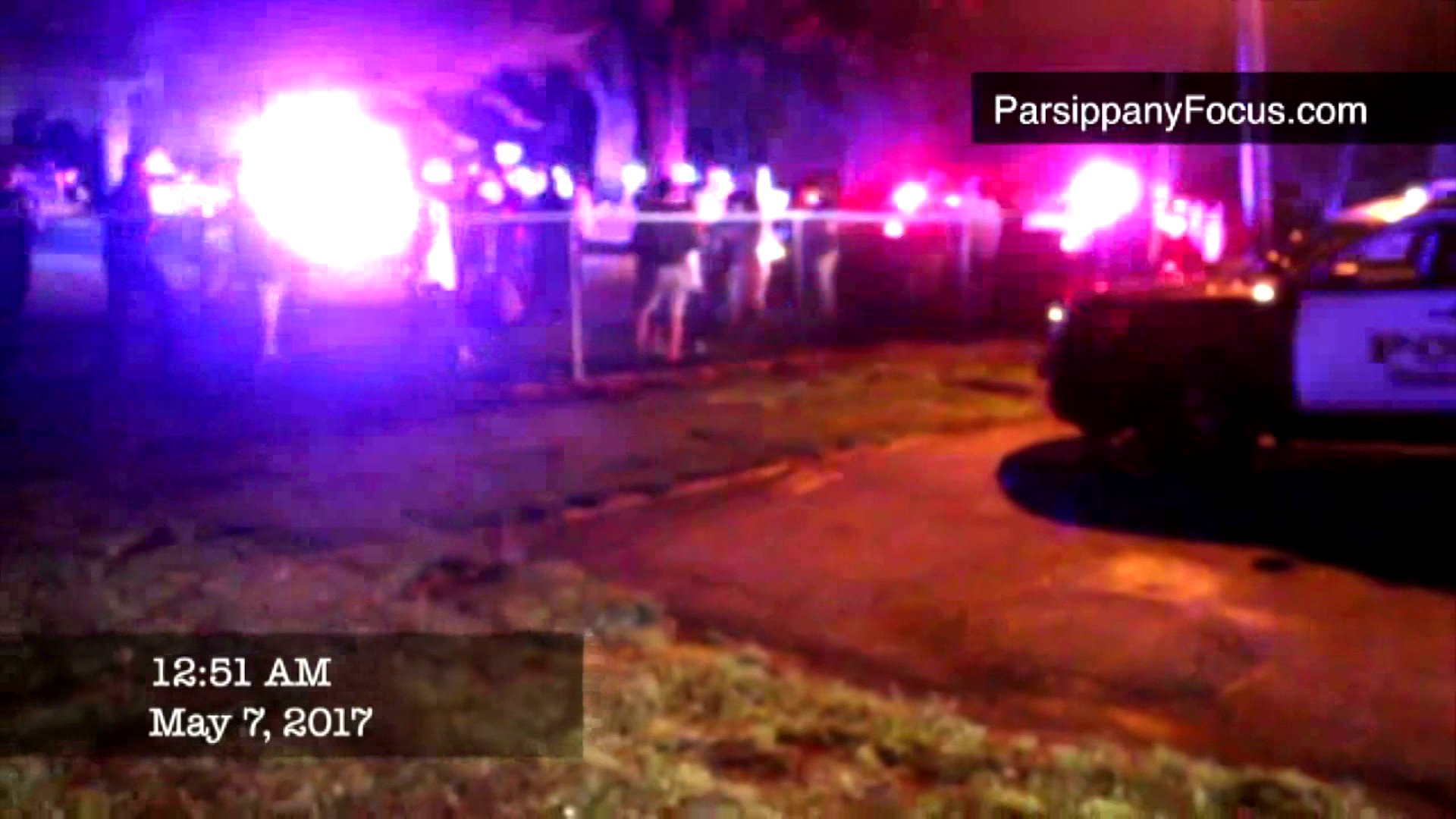 PARSIPPANY, N.J. — Public urination, naked college kids on the front lawn and damaged property are just some of the problems listed by neighbors who say they're living next to an off-campus college party house.

When Parsippany Police responded to a noise complaint on at a house South Beverwyck Road near Edgewood Court on Saturday night, fights broke out on the back deck and officers tried to break it up.

But the crowd then encircled officers and some of the party-goers began pushing police.

When they called for back up a dozen police departments responded to disperse over 400 college students, including the New Jersey State Police and departments from neighboring counties. No officers got hurt and two college kids who rent the house were issued noise violations.

She and other neighbors are sick and tired of the partying. Her lawn got peed on during a previous party, as well as a neighbors. Their noisy neighbors are believed to be Fairleigh Dickinson University students.

People who live nearby say this has been going on for way too long, ever since students moved in about a year ago.

"Every weekend there seems to be a party, or every other weekend i should say, but this has been the biggest one so far."

Leftover trash, cars blocking their dead end block and drunken behavior are apart of the problem, she and her husband said.

"There was a party once where I went up, just to see what was going on, and a kid was urinating on my neighbor Pat's lawn. And he said, 'you believe this?' And the kid told me to go f--- myself," said John O'Rourke.

A neighbor who lives across from the party house woke up on Sunday to find tire marks across his lawn and his $13,000 fence busted.

"You see that red maple over there? There was a naked couple over there. I had to come out at 2 o'clock in the morning with my flashlight," Jesse Gillentine said he's had to keep his kids indoors on weekends because of the students lewd behavior.

"I was playing soccer last Saturday over here with my son and I see two girls almost naked, just like that, 5 o'clock in the afternoon."

Two college students who live in the house said they did not want to speak on camera but that they plan to meet with their disgruntled neighbors. They're graduating this year. They asked reporters to leave and not take pictures.

"I don’t want to have neighbors like that," said Gillentine.